A State of Disaster has been declared in Victoria, with authorities to impose Stage Four restrictions on metropolitan Melbourne after 671 new coronavirus infections were announced on Sunday.

This is as Sweden and Holland are opened up without hysterics or destroying their economies. 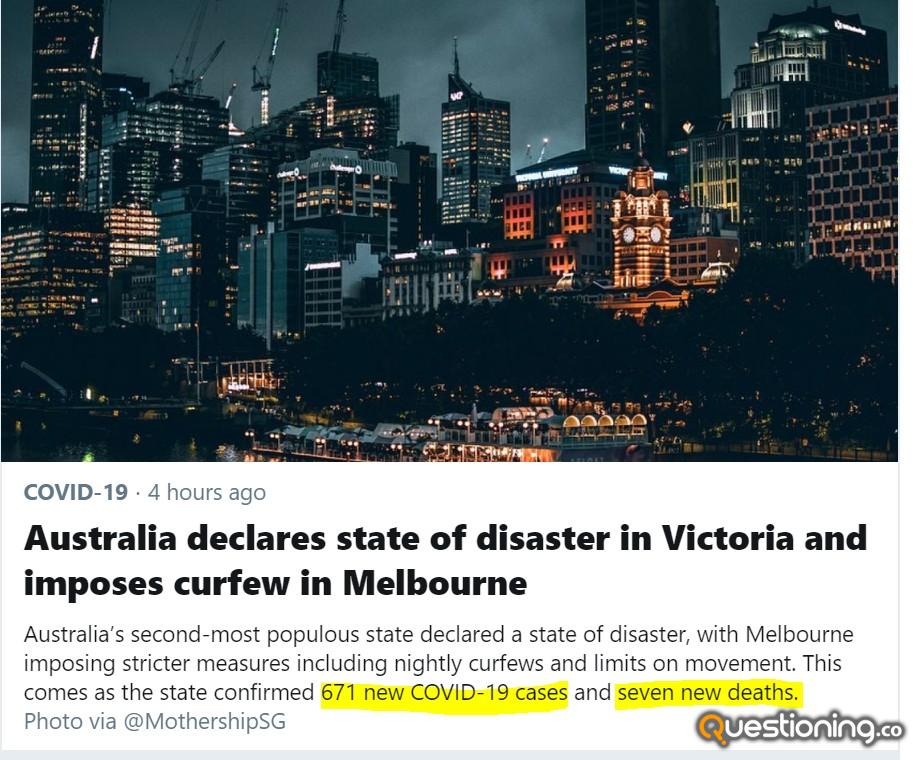