Australia going full on authoritarian – Daniel Andrews’ plan to give police the power to arrest people who haven’t even committed an offence were put to parliament today. The new laws would even give public servants the power of arbitrary detention against citizens they think might breach lockdown 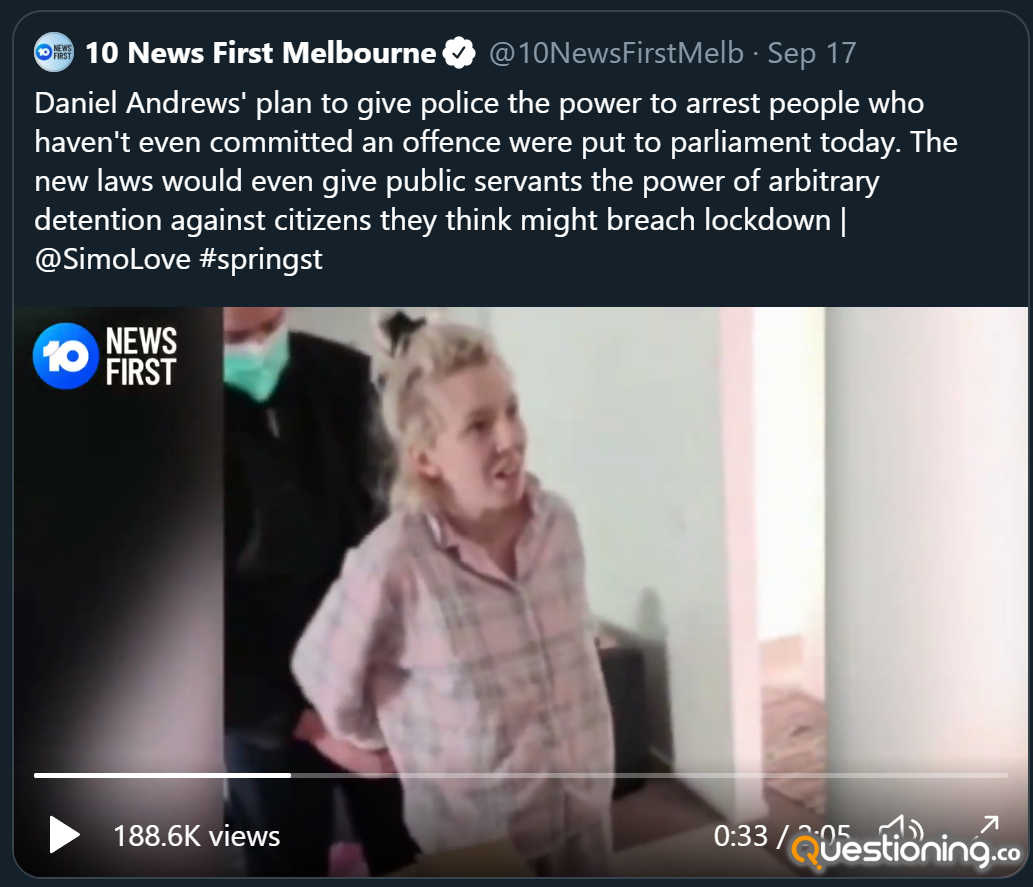 The Victorian Labor government has introduced a bill to parliament that coupled with other measures is one of the most egregious attacks on civil liberties seen in war or peacetime.

Called the COVID-19 Omnibus (Emergency Measures) Amendment Bill, it overrides all other laws and legislation with the exception of the Charter of Human Rights (which the government ignores as it is not binding), the State Constitution Act 1975 and the laws created by the Bill itself.

The Bill confers and extraordinary power to the Secretary of the Department of Health to appoint public servants as “authorised officers” with the same powers as police.

However worse than that is a provision which allows the secretary to appoint any of the following as an “authorised officer”:

[A] person the Secretary considers appropriate for appointment based on the person’s skills, attributes, experience or otherwise…

This will expand the persons who may be appointed as authorised officers.  It is intended to include additional public sector employees from Victoria as well as such employees from other Australian jurisdictions, and individuals with a connection to particular communities to ensure that certain activities, such as contact tracing, can be conducted in a culturally safe manner.

This sweeping power means the Secretary could appoint anyone as an “authorised office”; a member of the ADF who already patrols Melbourne streets with police or even a member of the Hell’s Angels.