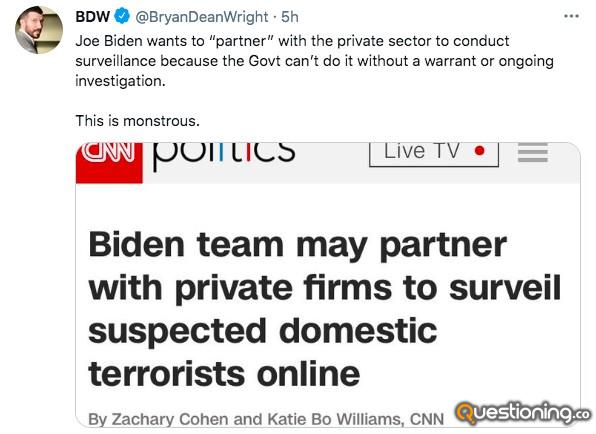 “The plan being discussed inside DHS, according to multiple sources, would, in effect, allow the department to circumvent” laws that limit what the federal government can do in surveilling U.S. citizens without a warrant. A source familiar with the effort said it is not about decrypting data but rather using outside entities who can legally access these private groups to gather large amounts of information that could help DHS identify key narratives as they emerge.”

“Gathering information on US citizens — no matter how abhorrent their beliefs — raises instant constitutional and legal challenges. Civil liberties advocates and privacy hawks have long criticized any efforts to collect even publicly available information on Americans in bulk as a violation of Americans’ First and Fourth Amendment rights.”