Exploring an alternative viewpoint regarding climate change and global warming.

Scientists who specialise in climate change fly more than other researchers, according to a study by Cardiff University that has prompted calls for them “to look in the mirror” before demanding that others cut emissions.

Even when trips for fieldwork were removed from the comparison, climate scientists still flew more than scientists from other disciplines.

The difference could be that climate scientists attend more international conferences, according to Lorraine Whitmarsh, an environmental psychologist and lead author of the study.

Trump has done his signal service for us again by hiring David Legates, for a top science position at NOAA.

Long-time readers will remember Legates. He allowed me to tag along on a few papers on the climate (example). The most infamous of which caused—I’m guessing—at least seven TIAs, three full strokes, seventeen angina attacks, and four fatal myocardial infarctions. This was “Why Models Run Hot: Results From An Irreducibly Simple Climate Model“, with lead author Christopher Monckton.

This peer-reviewed sensation made a simple claim: man, like all creatures, influences the climate; he is influencing this one, likely to the tune of a 1 degree C or so global temperature increase with a doubling of pre-industrial atmospheric carbon dioxide.

Strange, then, that NPR said “Longtime Climate Science Denier Hired At NOAA“. They said Legates, “a University of Delaware professor of climatology who has spent much of his career questioning basic tenets of climate science”.

Younger readers won’t recall that it used be the job of scientists to question basic, and even not-so-basic, tenets of science. That was how, in the old days, mistakes were recognized and progress made. All that has, of course, changed for the better. Tenets are now supplied by political agencies and are, as is proper, unquestionable.

Canada’s forests, and its other carbon-absorbing assets, more than offset the country’s emissions

European fanatics and ecological radicals refuse to accept that Canada’s forests, and its other carbon-absorbing assets, more than offset the country’s emissions. And, since 1997, Ottawa has capitulated.

“On the one hand, Canada, the United States, Japan and Australia wanted to count the carbon dioxide (CO2) removed from the atmosphere by their forests and agricultural soils towards their commitment to reduce greenhouse gas emissions. On the other hand, the European Union wanted to limit credits for carbon removed by forests and soils.

The Paris Agreement is a Trojan Horse threatening the Canadian economy and national unity. Since 1997, only 37 developed countries have reduced CO2 emissions by seven per cent and the rest — led by climate culprit China — have increased emissions by 130 per cent.

In another disgusting indication of where climate science/debate is at today, a handful of Wikipedia editors have “voted” to delete the immensely useful and topical page: “List of Scientists who Disagree with the Scientific Consensus on Global Warming“…

This volcano just spewed more CO2 than every car driven in history. Climate change is natural. Taxing us into poverty isn’t the answer.

Modern doomsayers have been predicting climate and environmental disaster since the 1960s. They continue to do so today.

None of the apocalyptic predictions with due dates as of today have come true.

What follows is a collection of notably wild predictions from notable people in government and science.

More than merely spotlighting the failed predictions, this collection shows that the makers of failed apocalyptic predictions often are individuals holding respected positions in government and science.

While such predictions have been and continue to be enthusiastically reported by a media eager for sensational headlines, the failures are typically not revisited. 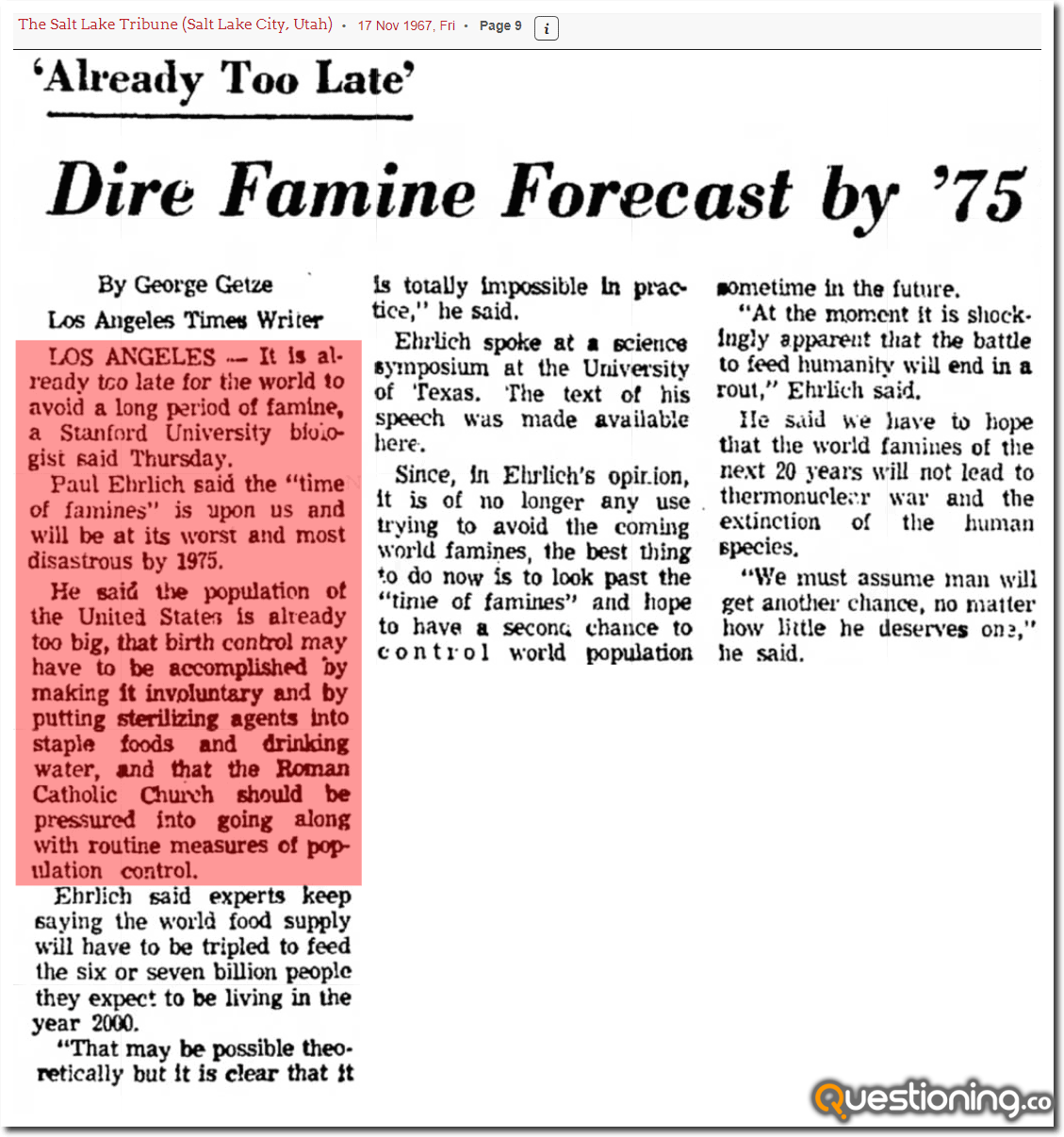 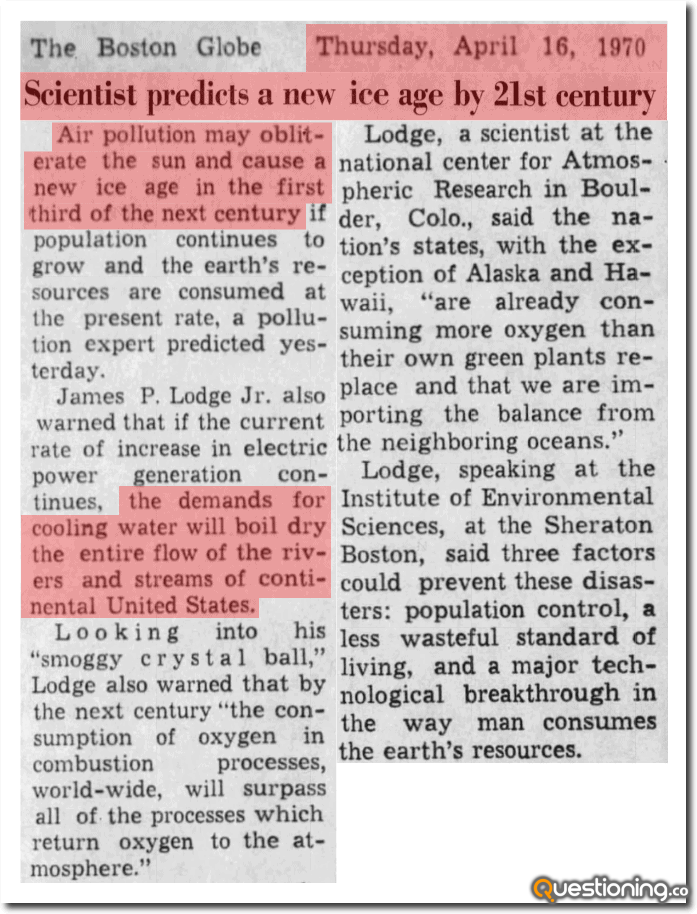 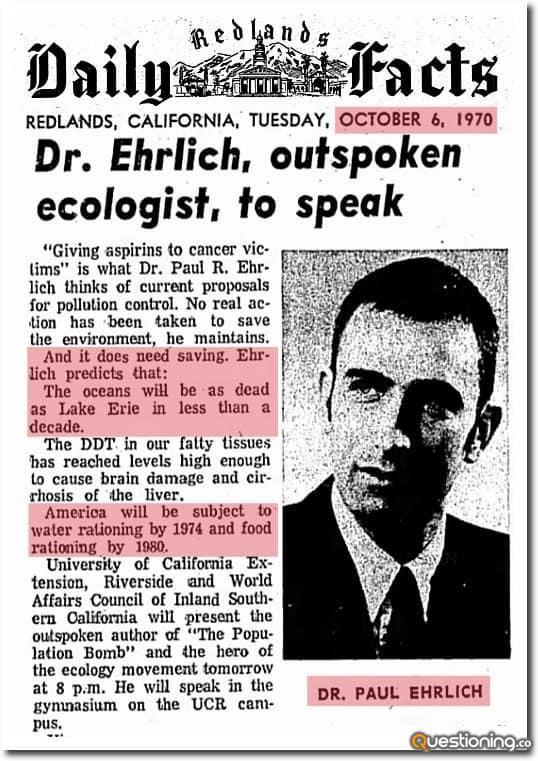 For the rest, read the original article here