Whites have the least in-group bias, with liberal whites having negative in-group bias, meaning on average white people are much less racist than other ethnicities 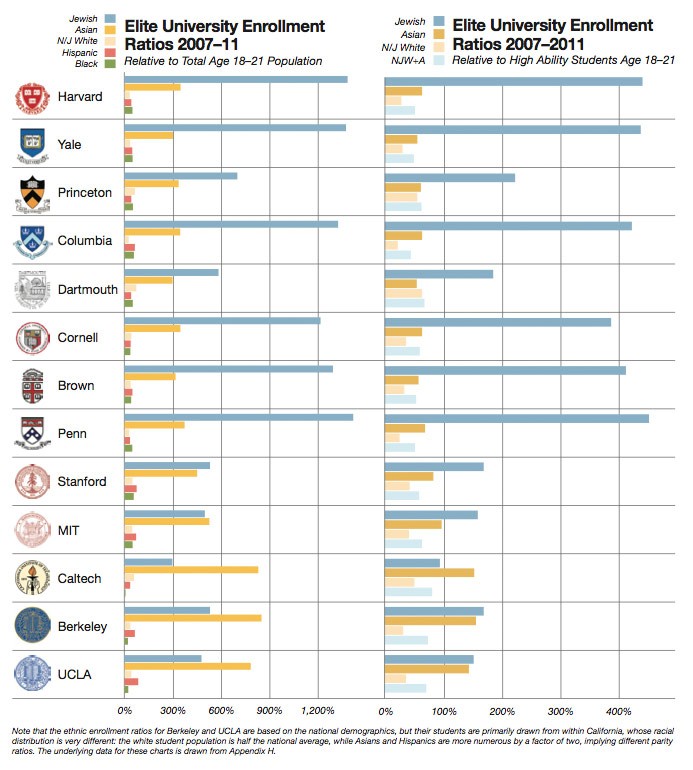