CNN removed the August 11th, 1993 Larry King Episode from Google Play, the episode featuring a call from Tara Reade’s mother. CNN is actively colluding with the Biden campaign to cover up evidence of Biden’s sexual assault. 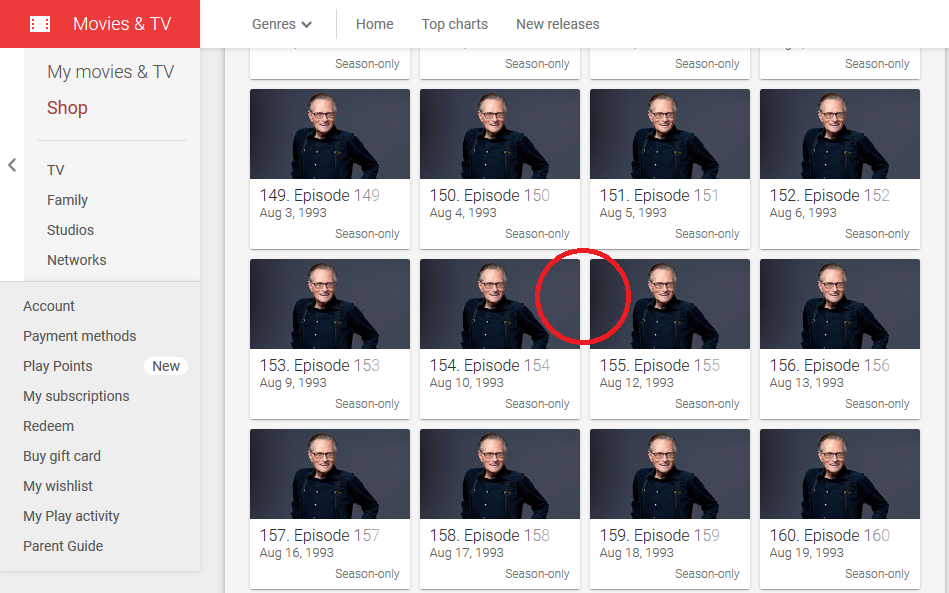 The 1993 episode of CNN’s “Larry King Live” featuring an anonymous caller who was later identified as the mother of Biden accuser Tara Reade was no longer listed in Google Play’s catalog late Saturday.

Fox News later verified the Aug. 11 episode is not listed on the streaming service. It is unclear when it was removed from the catalog.