Double Standards: Leftist Groups Host Protest That Turns Into Riot in Bristol – 20 Officers Hurt – Nobody is Condemning Left Wingers, Charging Them With Felonies, Investigating Their Groups, Cancelling Them 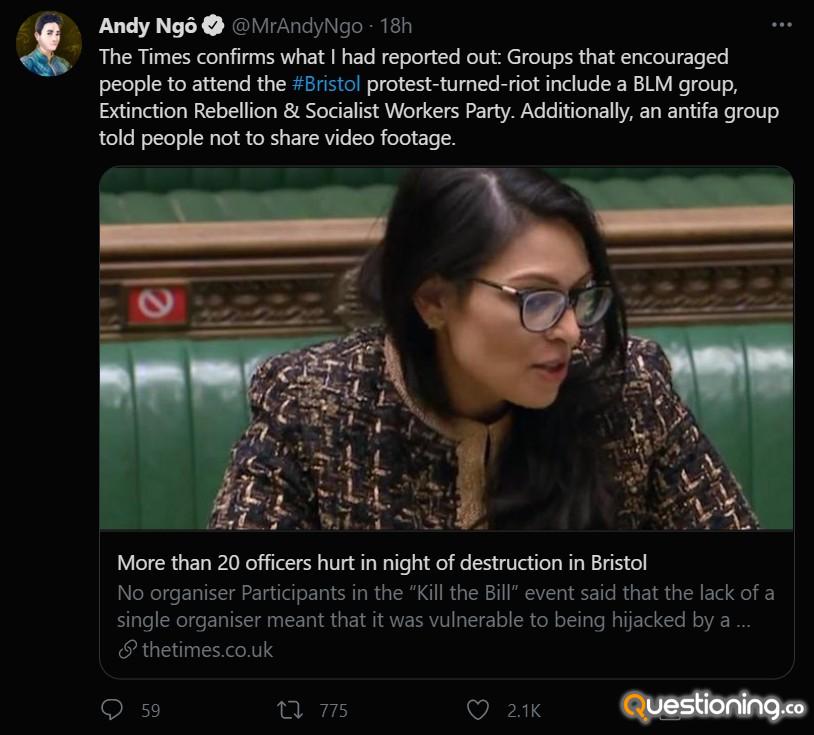 Media running cover, trying to shift blame away from these violent leftist terrorists:

Participants in the “Kill the Bill” event said that the lack of a single organiser meant that it was vulnerable to being hijacked by a violent minority. Groups that encouraged their followers to attend the protest included Extinction Rebellion, All Black Lives Bristol and Socialist Workers Party Bristol. Another, No Fixed Abode Anti Fascists, told people not to share footage of protesters unless they were in masks.

Marvin Rees, the mayor of Bristol, said that the riot had nothing to do with the “real everyday struggles” that people in the city face after 12 months of the pandemic. He said that it had been fuelled by those who “go around looking for the latest demo”.