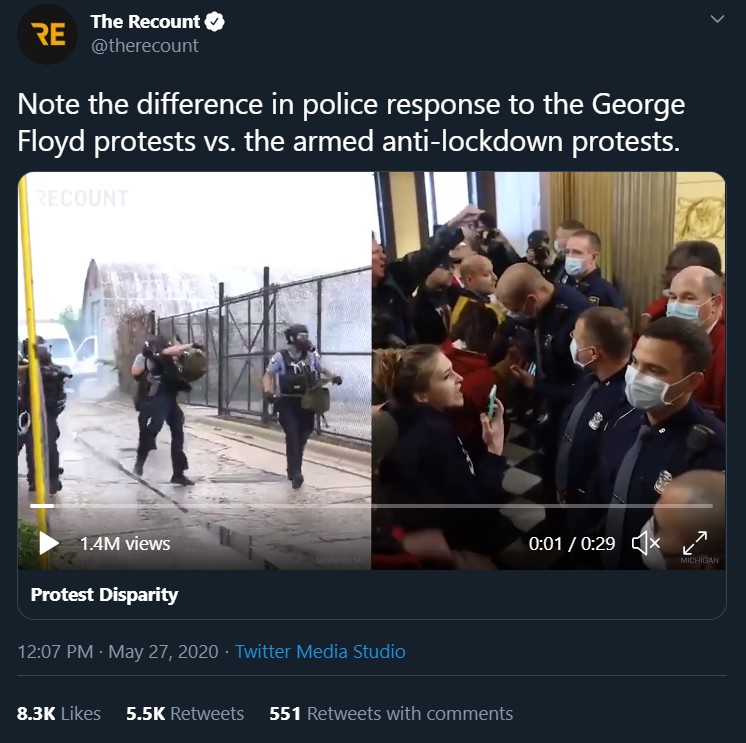 Progressive liberals, social justice warriors and other virtue signalers for some reason can’t tell the difference between screaming at police, but staying peaceful vs. attacking police cars, attacking civilians, looting stores, burning buildings. To them, it is racism, not people’s actions that lead to different police responses.

Salon writer thinks peaceful protests are the same as riots: I can’t get past the differences between the Minneapolis BLM protest and anti-lockdown protests. 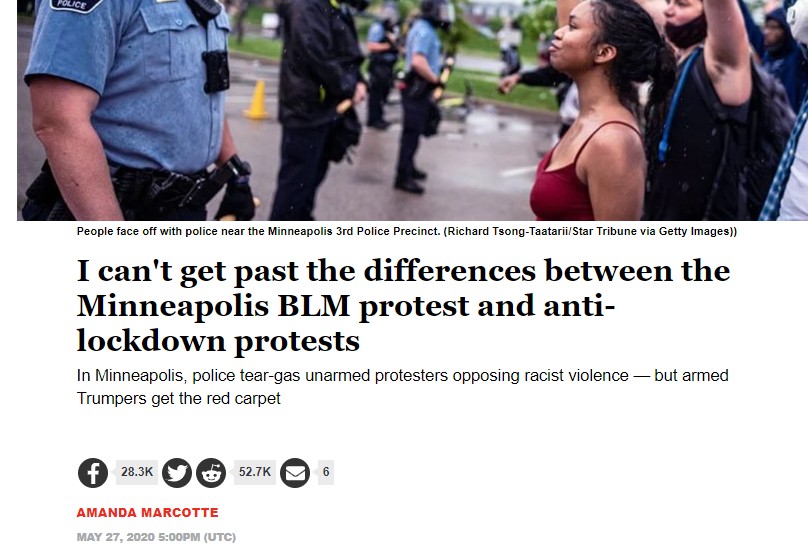 The difference in police response:

May 28 – Columbus Ohio Statehouse building being attacked by BLM rioters: 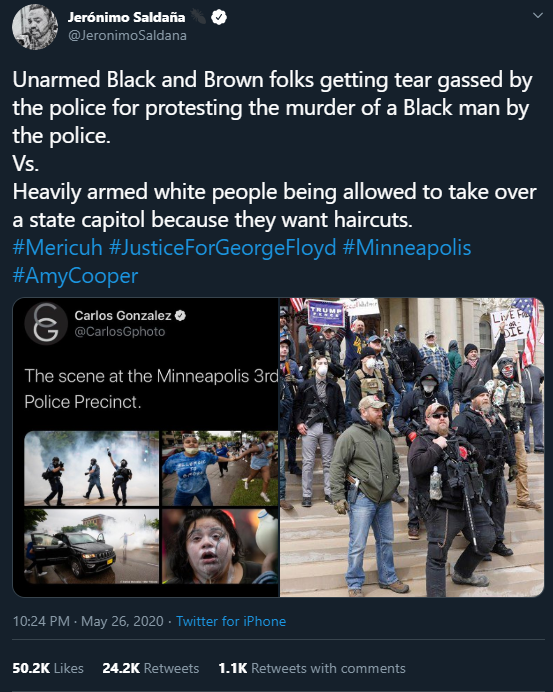 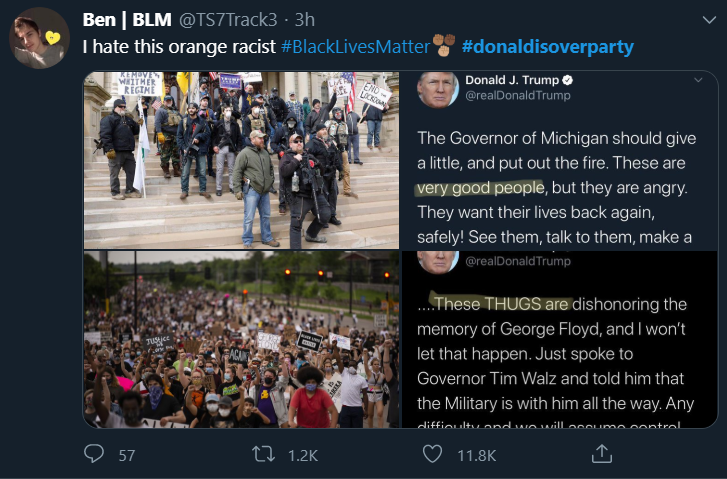 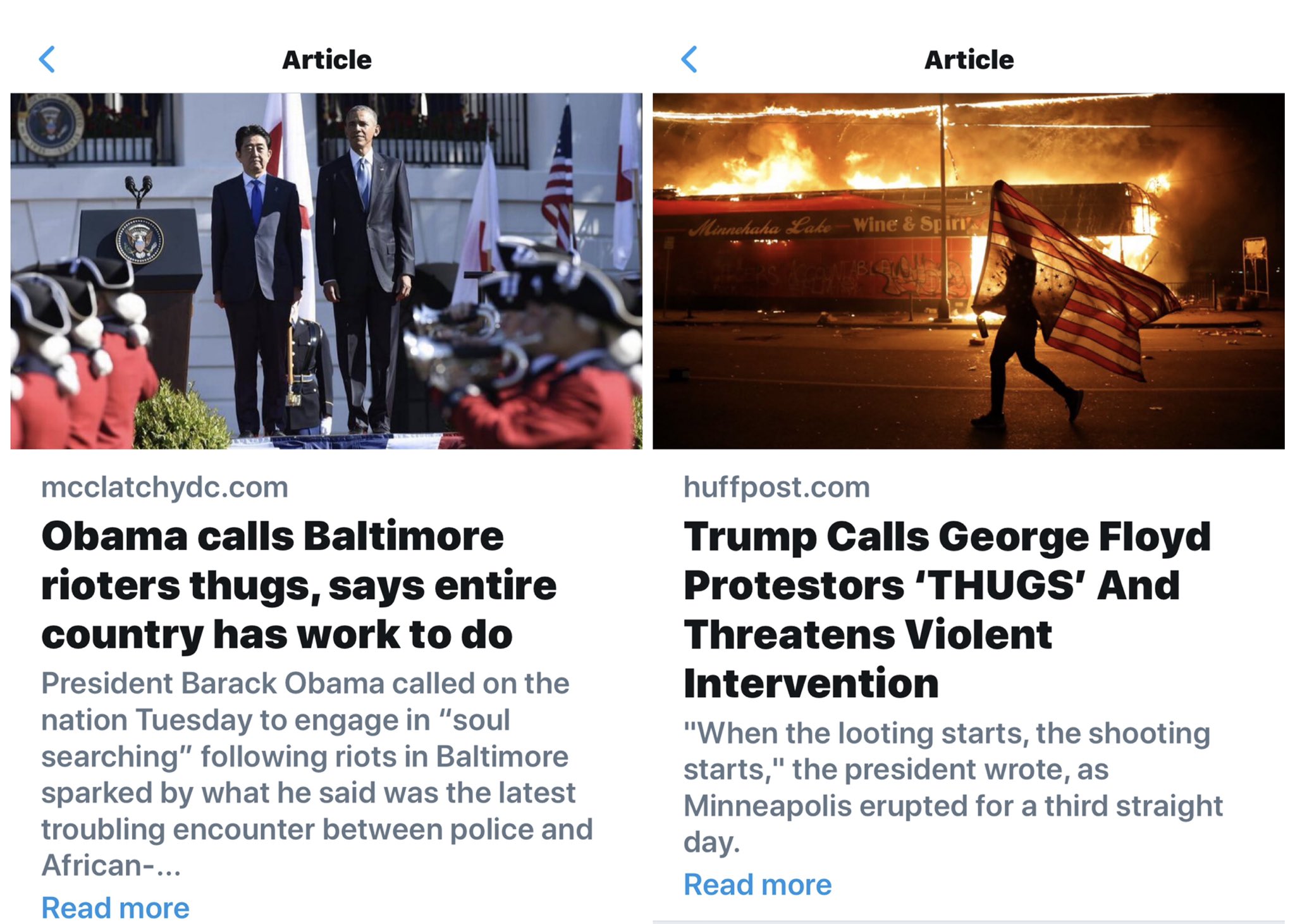