European Union Institutions Accused of Being Too White 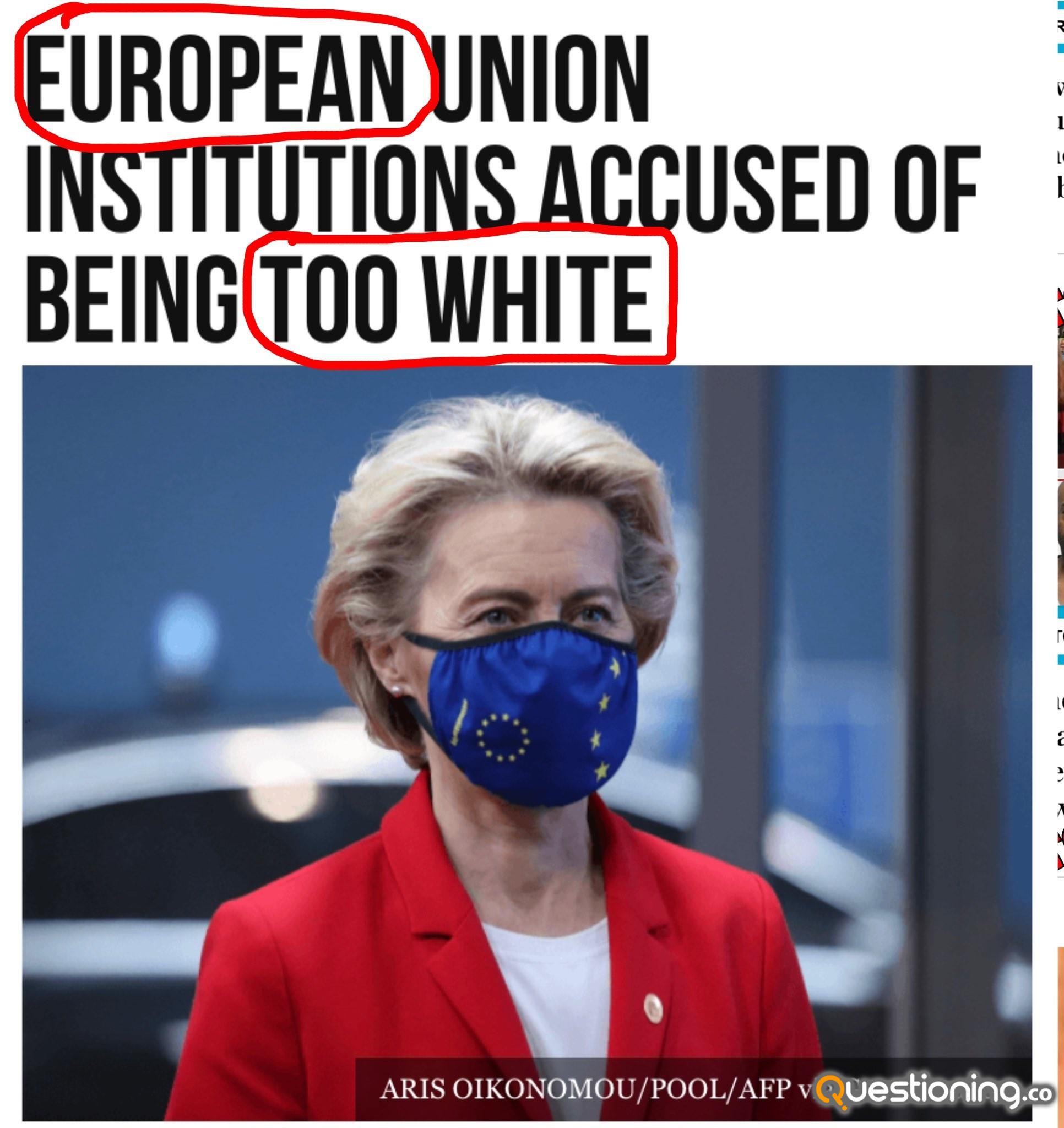 “It is very difficult to set quotas. If you set up it for black people, you will also have to do it for the disabled, gipsies, Latinos… It would be impossible to create such a system. But on the other hand, positive discrimination similar to that of gender parity would be possible,” the MEP said.

According to Le Figaro, the EU is looking to entice ethnic minority students into working for the European Union and states that human resources managers will undergo “unconscious bias” training.

The Commission has called on the European Parliament and the European Council to also consider promoting diversity within their staff, as well.

Younous Omarjee, an MEP of the far-left France Insoumise (FI), added: “Within the European institutions, the same patterns can be found throughout Europe. People of colour occupy the least valued positions and are often invisibilised: cleaning, maintenance, and security personnel. And at the top, the uniformity is quite different!”

The report is not the first time the EU has been criticised as being “too white” in recent years.

In 2017, former European Commissioner for Migration, Home Affairs, and Citizenship Dimitris Avramopoulos praised several articles that stated the EU was too white and said the EU should replace white workers with “people of colour”.

In the UK, many media articles have accused everything from the countryside to the music industry to weddings as being  “too white”. Despite this, it was revealed that in media, ethnic minorities are actually vastly overrepresented compared to their share of the population.