Everything is racist – Washington Post: “Autopsies can uphold white supremacy” 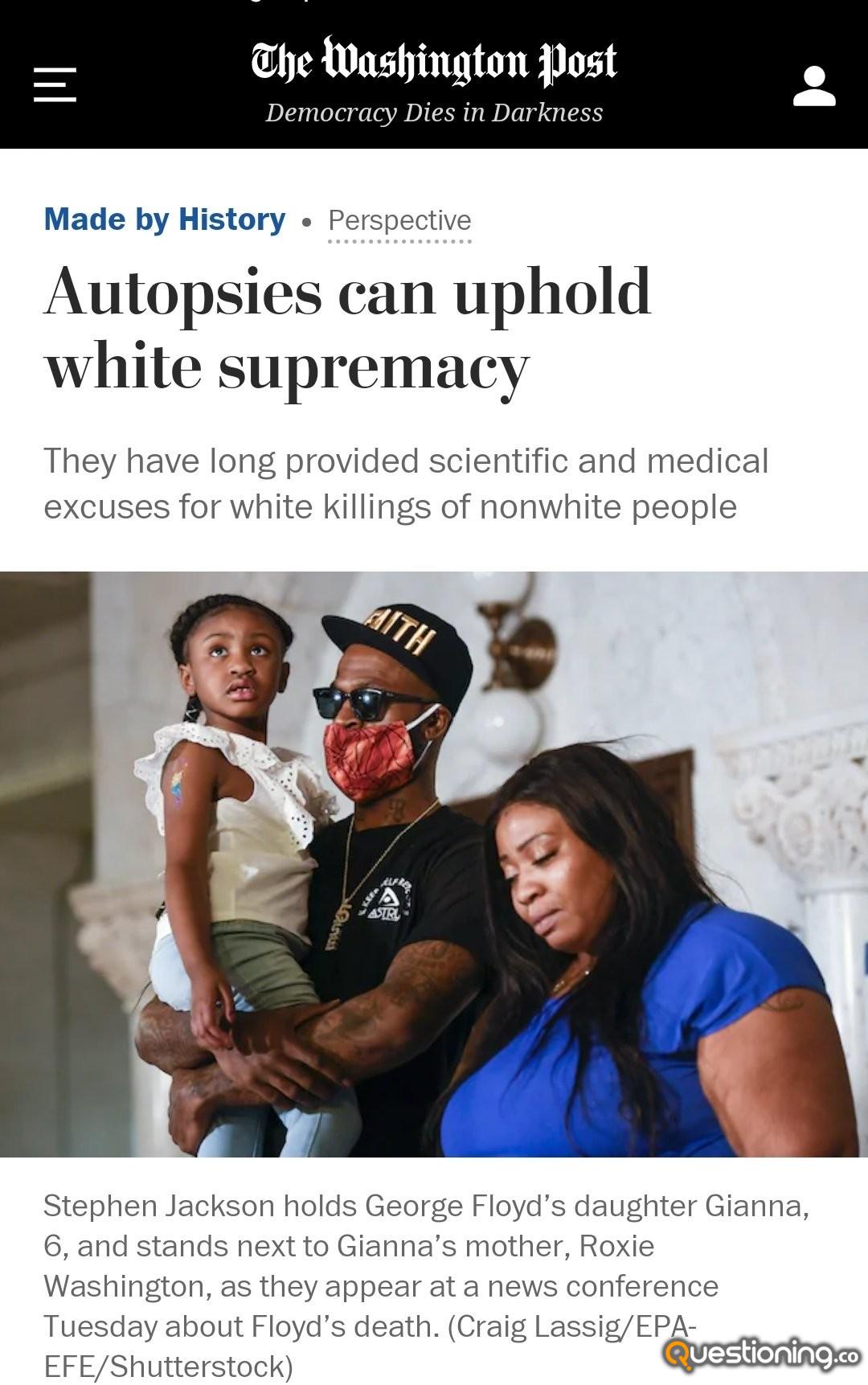 On Friday, the state of Minnesota filed a criminal complaint against former police officer Derek Chauvin, charging him with third-degree murder in the death of George Floyd. The charge sheet presented the preliminary findings of the Hennepin County medical examiner’s autopsy, which asserted that Floyd’s death was caused by a combination of factors, including his underlying health conditions such as “coronary artery disease and hypertensive heart disease.” Minnesota’s complaint states that “the autopsy revealed no physical findings that support a diagnosis of traumatic asphyxia or strangulation.” Three days later, an independent medical examiner hired by Floyd’s family determined that the cause of death was asphyxia from neck and back compression that led to a lack of blood flow to the brain. Within a few hours, the Hennepin County medical examiner released its final public report, which stated that the manner of death was homicide.