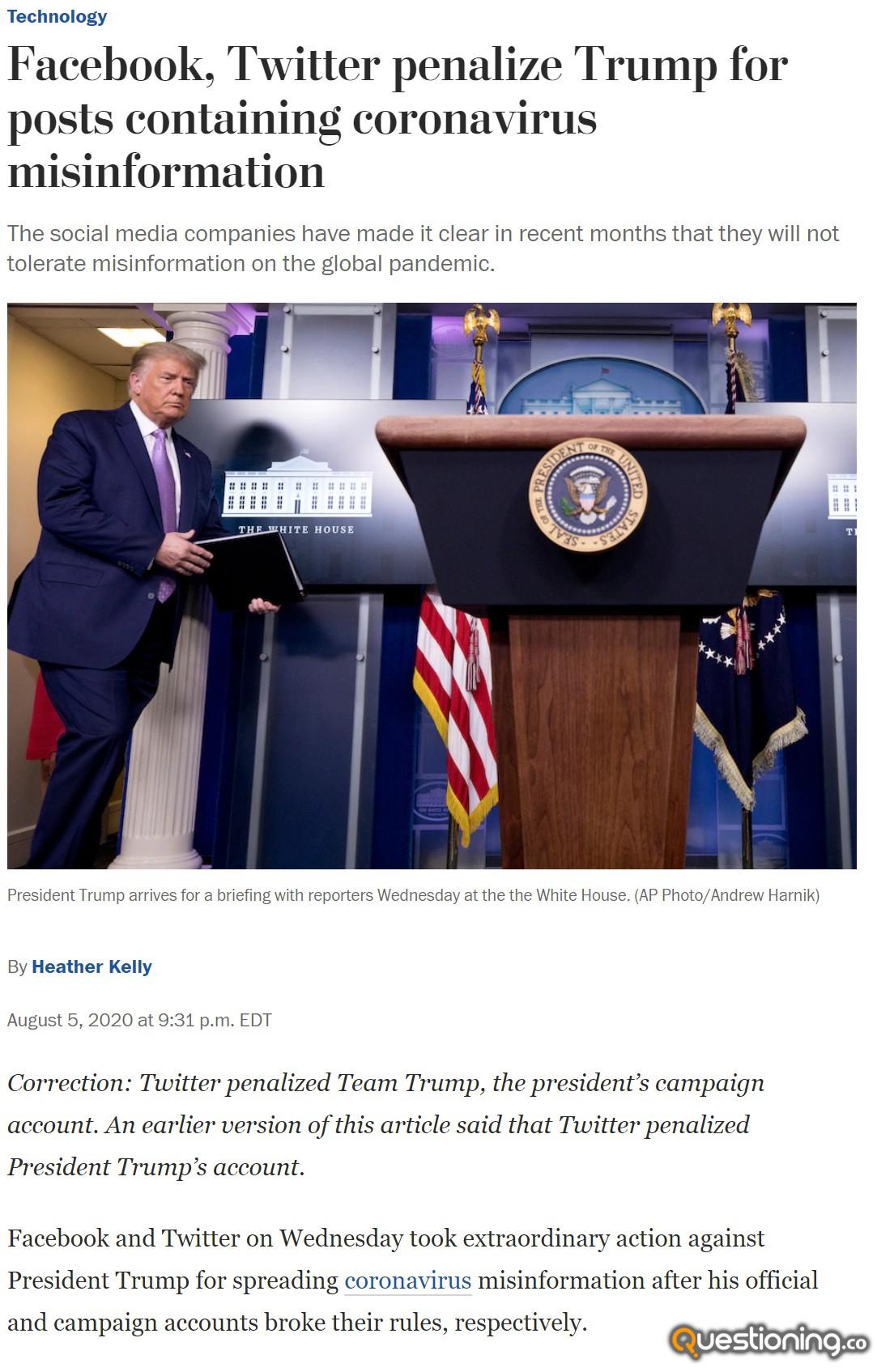 Facebook and Twitter have penalised US President Donald Trump and his campaign for posts in which he claimed children are “almost immune” to coronavirus.

Facebook deleted the post – a clip from an interview he gave to Fox News – saying it contained “harmful Covid misinformation”.