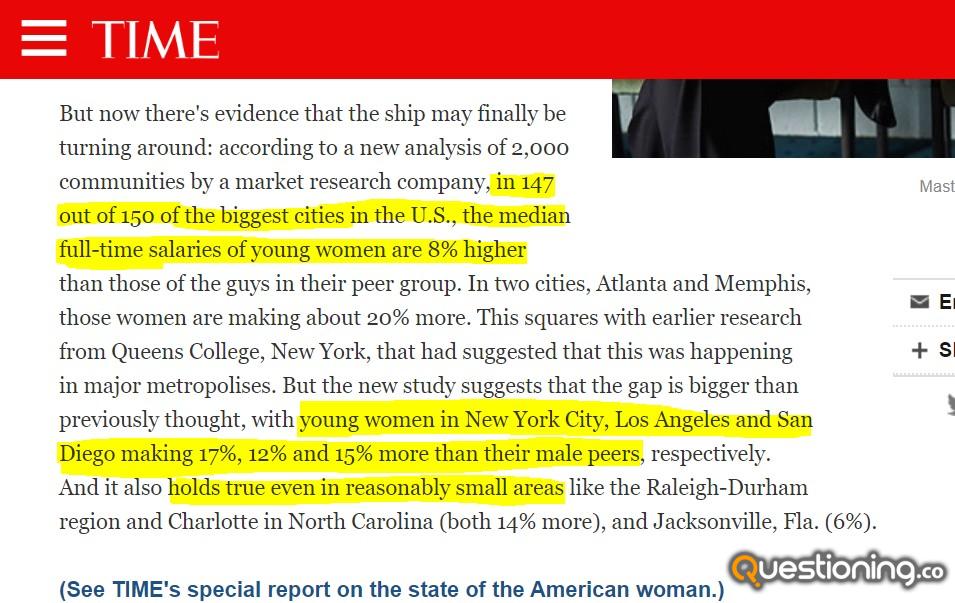 But now there’s evidence that the ship may finally be turning around: according to a new analysis of 2,000 communities by a market research company, in 147 out of 150 of the biggest cities in the U.S., the median full-time salaries of young women are 8% higher than those of the guys in their peer group. In two cities, Atlanta and Memphis, those women are making about 20% more. This squares with earlier research from Queens College, New York, that had suggested that this was happening in major metropolises. But the new study suggests that the gap is bigger than previously thought, with young women in New York City, Los Angeles and San Diego making 17%, 12% and 15% more than their male peers, respectively. And it also holds true even in reasonably small areas like the Raleigh-Durham region and Charlotte in North Carolina (both 14% more), and Jacksonville, Fla. (6%). [article mirror]