The gender gap in engineering and math is old news by now. Despite society’s strenuous efforts to close it – including giving girls pink Lego sets to play with – nothing seems to work. The percentage of female engineering students remains around 20 per cent, give or take.

Meanwhile, there’s another gender gap that everyone ignores. This one is in the ultra-competitive field of veterinary medicine. Not long ago, all vets were men, and women who aspired to be vets were told to aspire to something else. Scarcely any women were admitted into vet schools before the 1970s. Today the ratio in veterinary school is 80-20 – in favour of women. In 2015, for example, Guelph’s Ontario Veterinary College admitted 83 women and only 18 men.

Oddly, nobody is hollering about discrimination in veterinary medicine. No activists or politicians are lobbying for preferential treatment for men, or preaching about systemic discrimination, or complaining because women win all the scholarly awards. No one gives two hoots about the vets (except for the veterinary schools themselves, which are desperate to recruit more males). The reason is that this particular gender imbalance doesn’t fit the prevailing narrative, which is that women in historically male fields face systemic discrimination at every turn.

The gender gap we talk about incessantly – the one focused on the relatively small number of professions where men still outnumber women – is not the one that matters. The one that matters is the absence of so many men in higher education. Today, women dominate at all levels of education, including the graduate levels. In most postgraduate fields, as well as in law and medicine, women now outperform and outnumber men by growing margins.

Here’s the picture, according to economist Mark Perry writing for the American Enterprise Institute. For every 100 men enrolled in U.S. graduate schools, there are now more than 135 women. In 2016, women earned 57.4 per cent of the masters’ degrees and 52.1 per cent of the doctoral degrees. Women earned more doctoral degrees in seven of the 11 graduate fields tracked by the Council of Graduate Schools, including education, arts and humanities, public administration and biology. Men earned most of the doctoral degrees in only four fields: business, engineering, math and computer science, and physical and earth sciences.

What’s clear from these trends is that educational inequality has worked its way up from elementary school, and is now solidly entrenched at all levels of attainment. This, in an age when higher education and cognitive skills are more important than ever. Why? Surely one reason is the temperamental differences between males and females. Females aim to please; males tend not to give a darn. Females don’t mind sitting still and colouring inside the lines; a lot of men go crazy. The modern world demands the type of social skills that women are very good at. Most young men simply aren’t wired to sit in classrooms until their mid-to-late 20s. 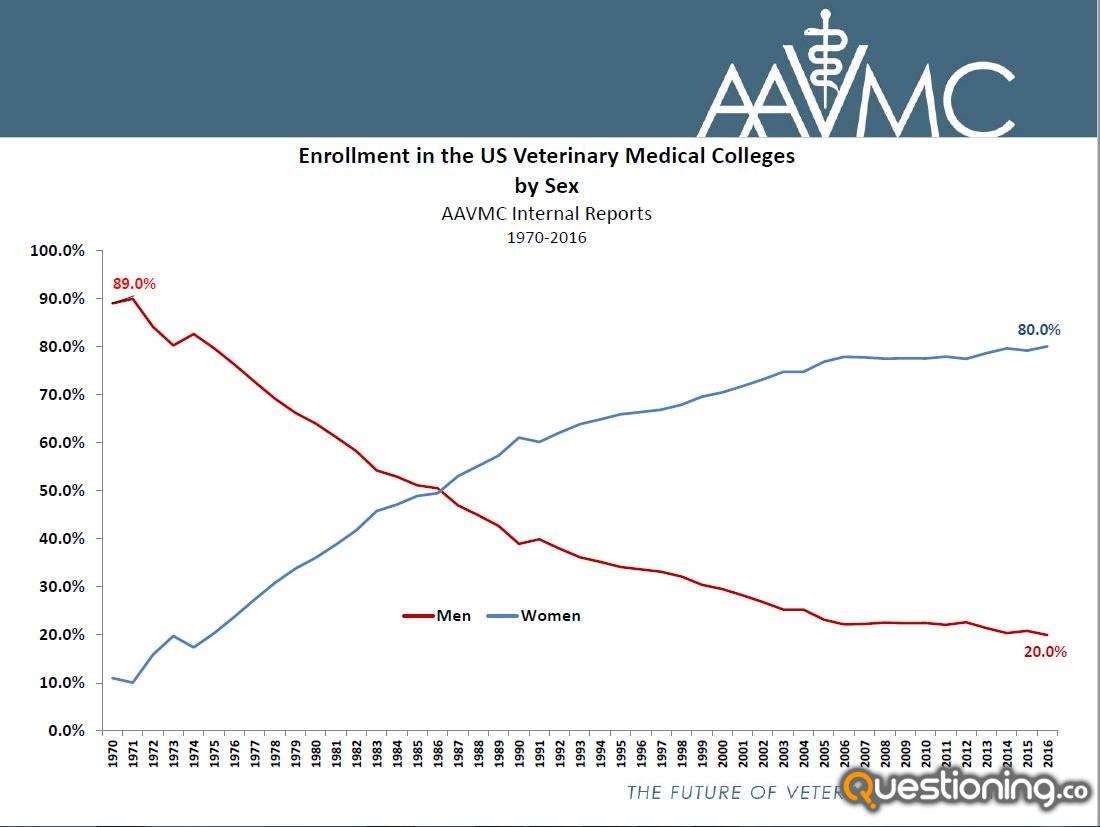