How certain jews/Hollywood disrespect, subjugate, detest white women – call them shiksa, use them as prostitutes for ‘practice’ to keep Jewish women pure 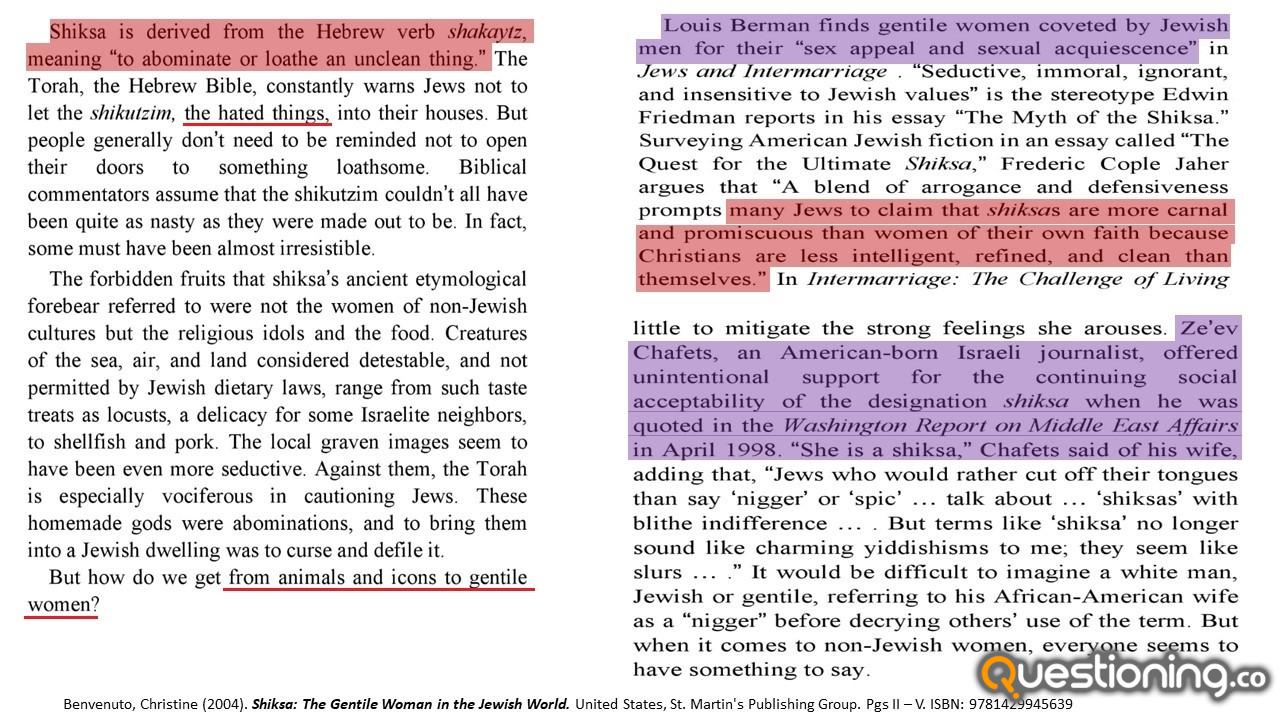 Rabbi Daniel Brenner gets very frank. He tells us what “shiksas” are for. He even lets us in on a Talmudic story about the prize that awaits if males can resist the sexual temptations of “a beautiful foreign prostitute.”

But it’s no secret within the Jewish community that “shiksas are for practice”. Here, Jewish author Tamar Caspi confirms what “a tall, skinny blonde with perky boobs” are in the eyes of Jewish men. It is a major source of resentment for her and jewish women. 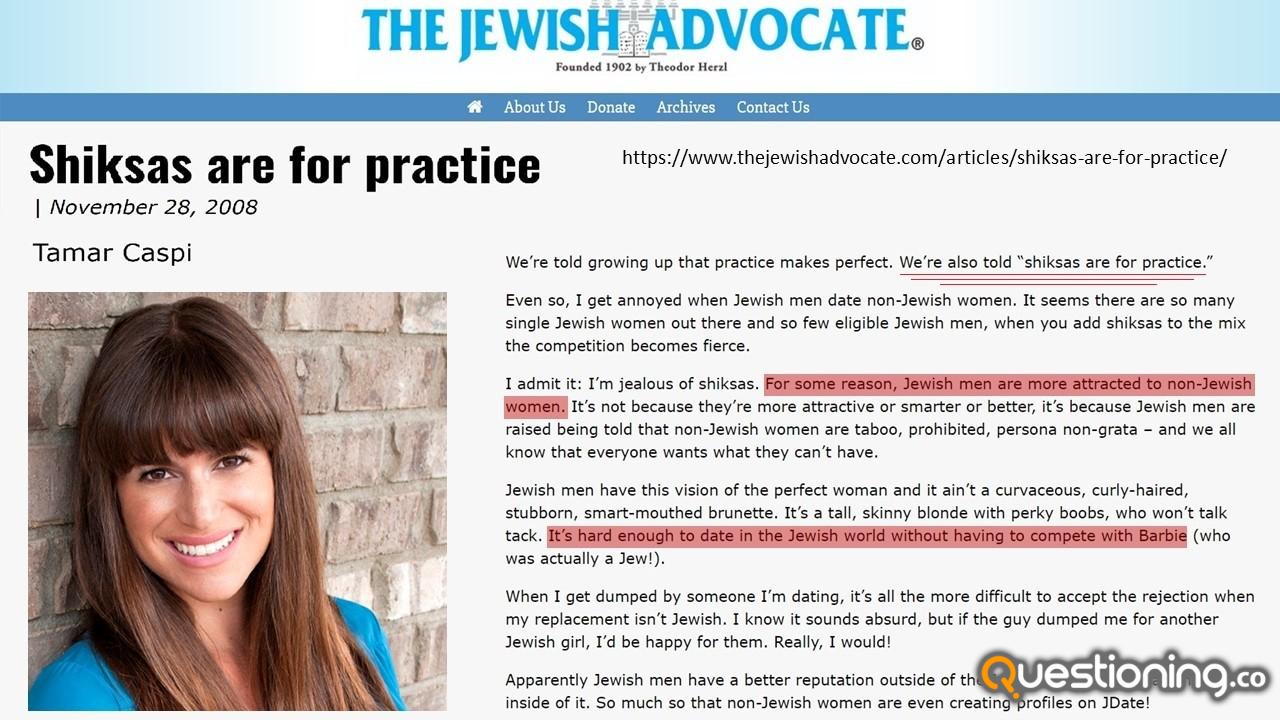 Acting “is a job for shiksas” according to Jewish actress, Rachel Weisz in an interview in which she admitted that Jews run Hollywood. And those Hollywood Jews had a preference for Aryan blonds for their “Portnoy’s complaint” (explained in next tweet). 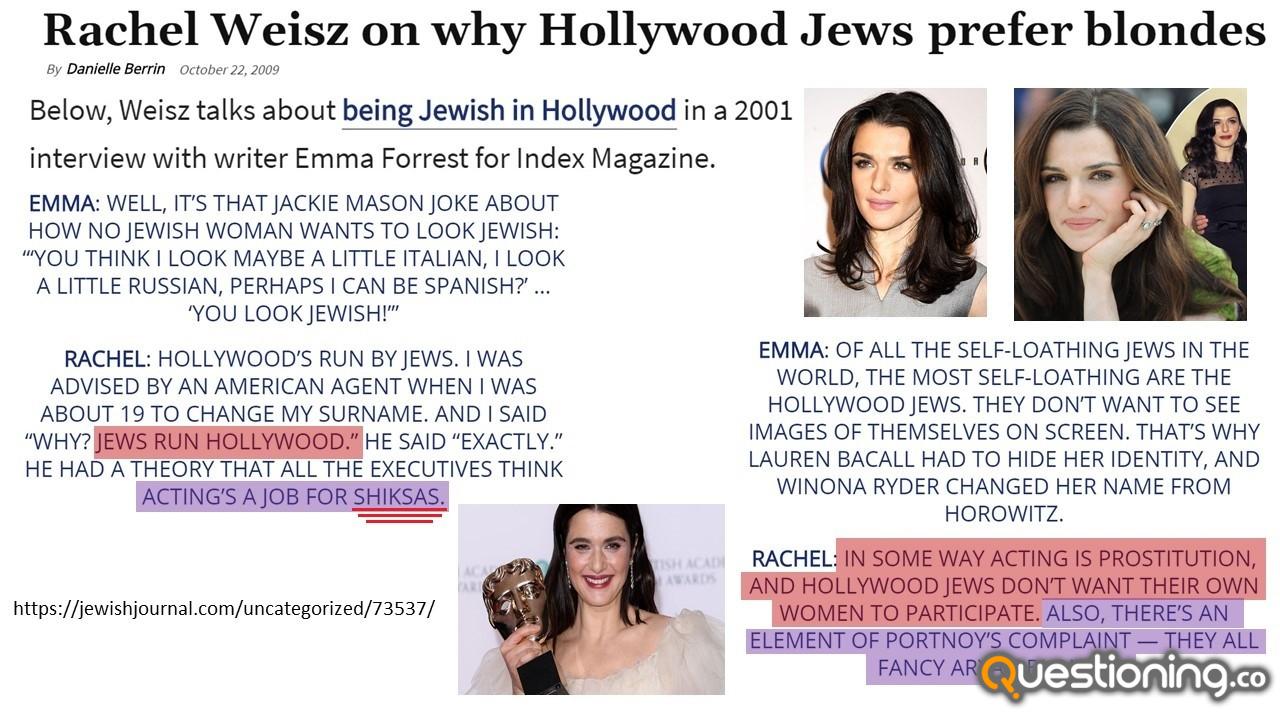 The Harvey Weinstein scandal confirmed what we all knew; the price aspiring actresses had to pay to obtain roles in Hollywood films. And that price was high. But what do these actresses all have in common? 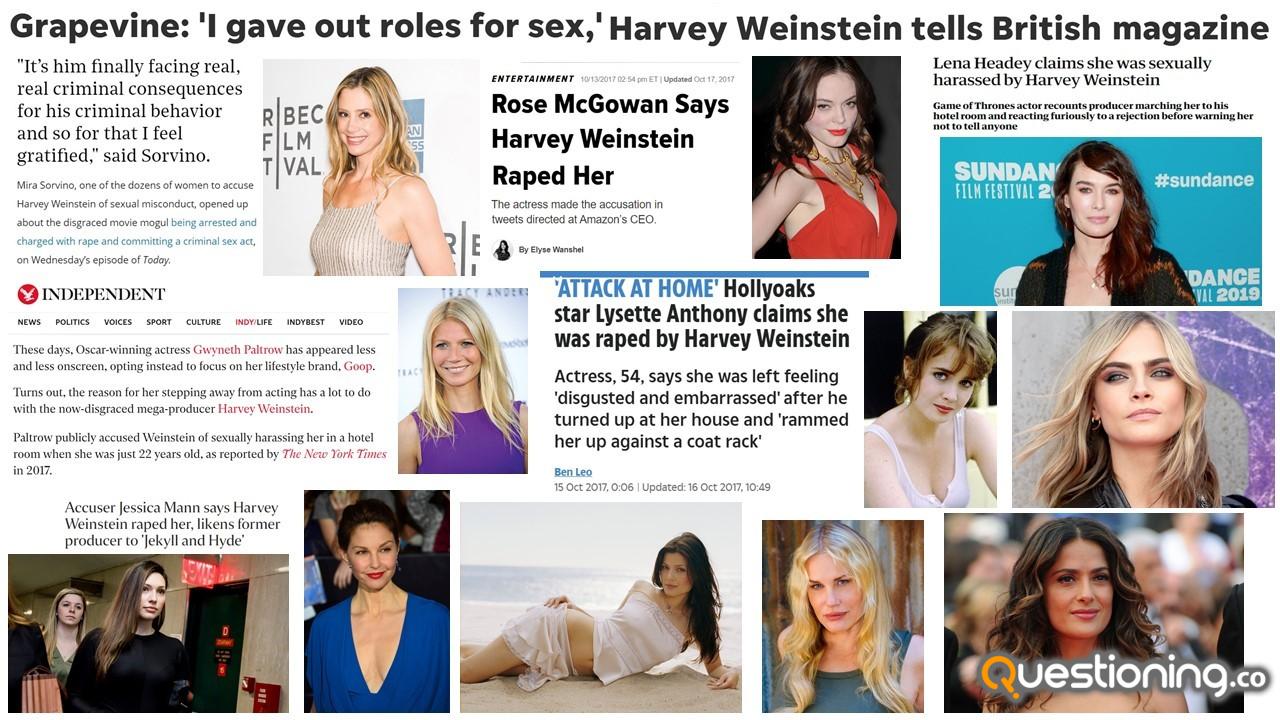 Well, Jewish Tablet magazine clearly spells it out. And they even go as far as saying that Harvey Weinstein is the modern-day Philip Roth using his position to carry out his “revenge-tinged fantasy”. 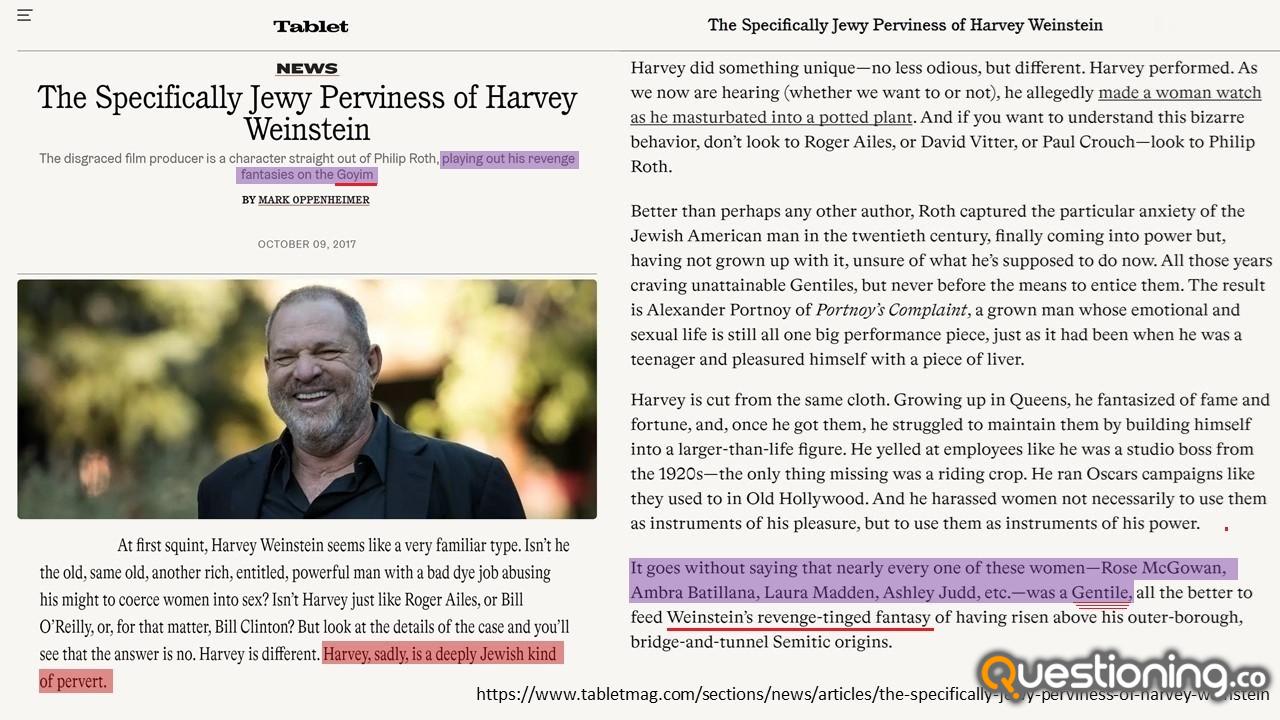 However, not every actress was subjected to Harvey Weinstein’s casting couch. Scarlett Johansson, Natalie Portman, and Mila Kunis didn’t have to degrade themselves to obtain roles in films. What is it about these three that shielded them from such degrading experience?

Despite the #MeToo allegations, men of a certain tribe were protected and didn’t’ face punishment. In fact, an Israeli spy agency was hired to silence victims.