Seattle Police Chief Carmen Best has penned another letter to the city council, this one warning members that Ordinance 119805 concerning crowd control tools goes into effect this weekend. Also this weekend are several known events planned across the city that potentially include some of the same individuals who may be responsible for the destruction seen in Seattle last weekend and Wednesday night. 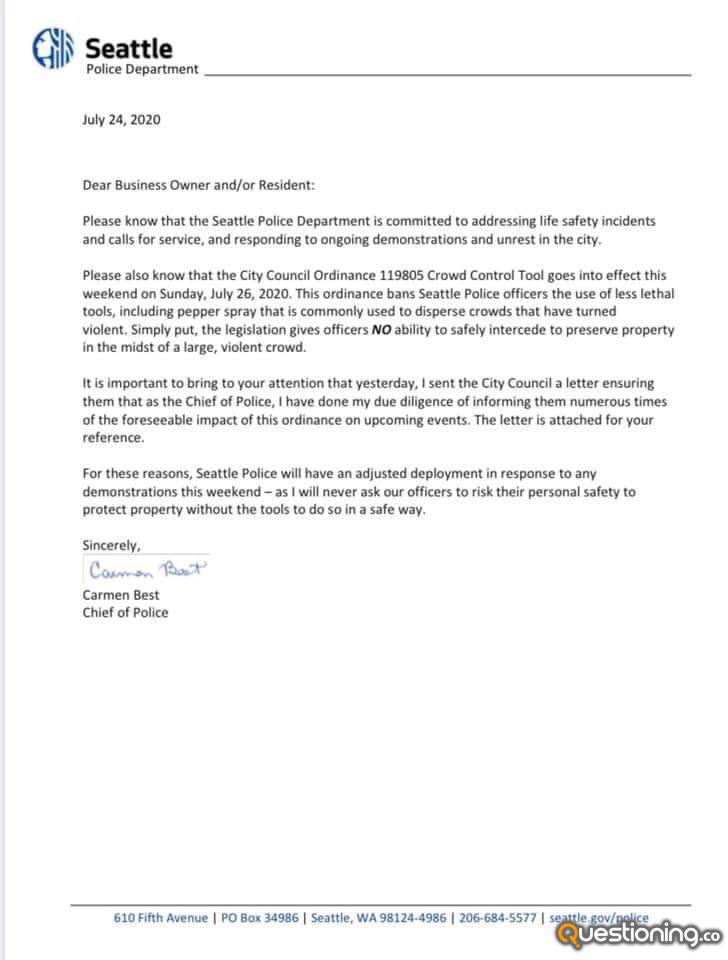 The Seattle Times reported that the law was blocked “even as it was scheduled to go into effect Sunday and as the city awaits a potentially tumultuous weekend of protests with federal agents in the area.”

U.S. District Judge James Robart granted a request from the federal government to block the new law, which the Seattle City Council passed unanimously last month. The U.S. Department of Justice, citing Seattle’s longstanding police consent decree, argued that banning the use of crowd control weapons could actually lead to more police use of force, leaving them only with more deadly weapons.

However, Robart said the issue needed more discussion between officials before the change took effect, adding that the temporary restraining order would be “very temporary.”