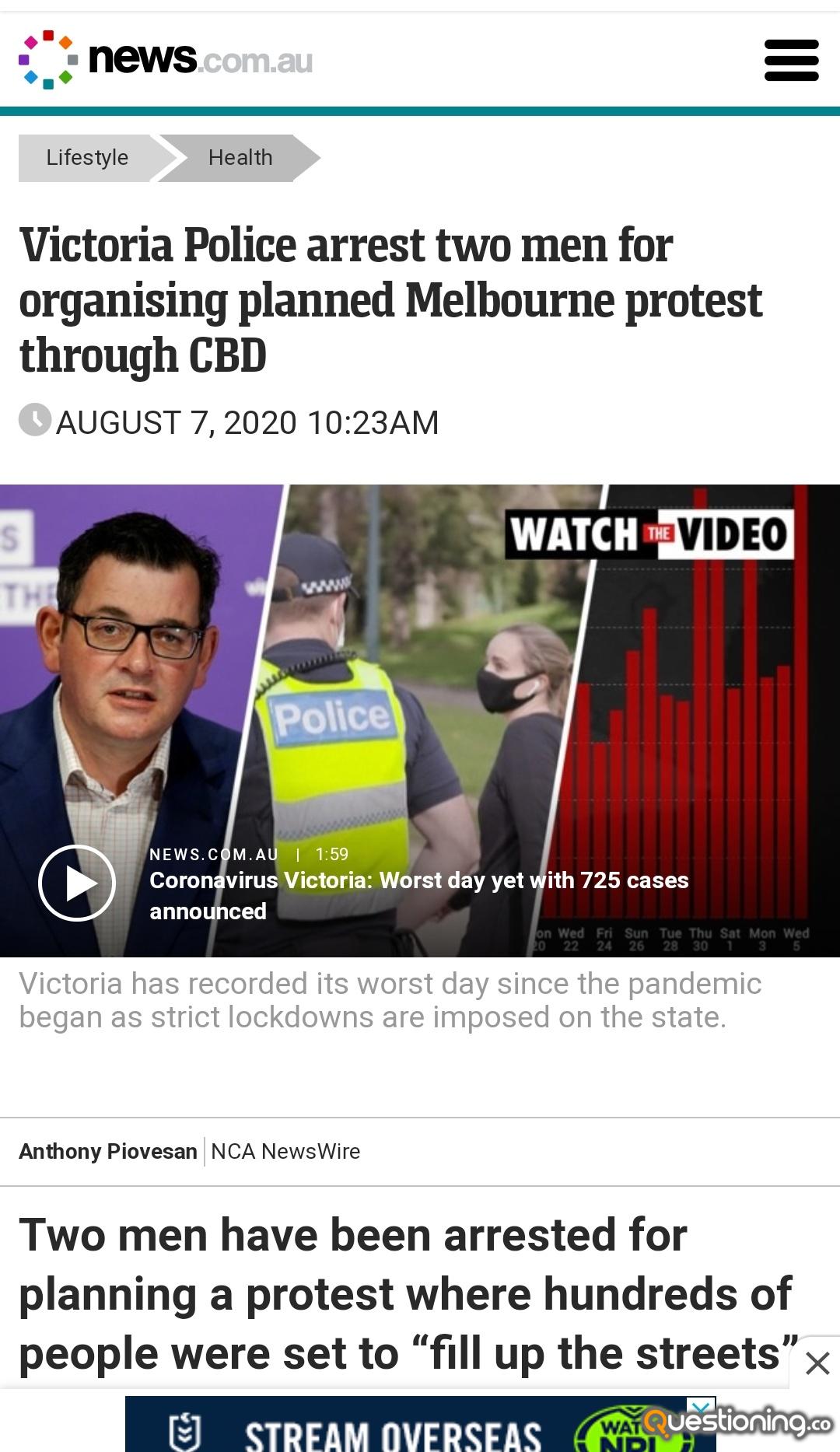 Two men have been arrested for planning a protest where hundreds of people were set to “fill up the streets” and defy Melbourne’s lockdown.

Police arrested a 41-year-old man from Mooroolbark on Thursday. He was charged with incitement, bailed and is due to appear at Melbourne Magistrate’s Court on January 21.

Police seized mobile phones and a computer while executing the search warrants.

More than 500 were planning to attend the protest against the State Government’s strict curfew laws and workplace restrictions.