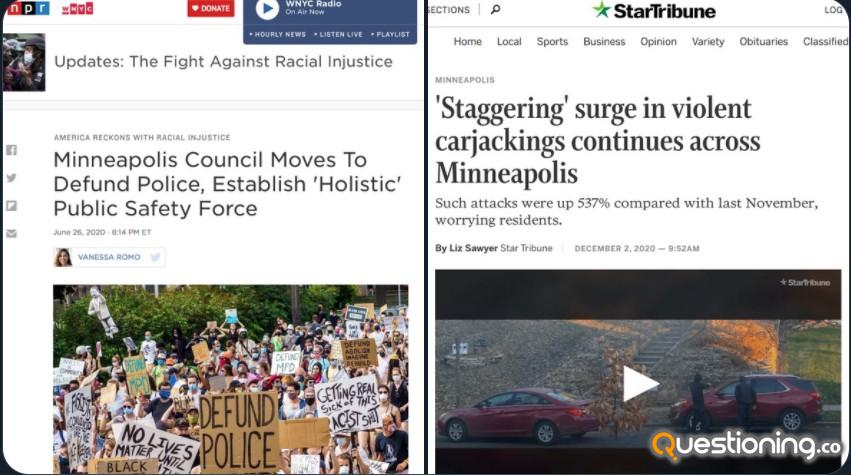 Over the past two months, Minneapolis police have logged more than 125 carjackings in the city, a troubling surge that authorities had largely linked to small groups of marauding teens. But an increasing number of adults have been arrested in recent weeks for the same crime.

Within a one-hour period Saturday morning, police reported three separate carjackings in southeast Minneapolis, including one where an elderly woman was struck on the head. Such attacks are up 537% this month when compared with last November.