protesters at the University of Missouri (MU) segregated themselves by race Wednesday night, having white students leave a gathering in order to create a “black-only healing space.”

Supporters of the group Concerned Students 1950, which has spearheaded the protest movement at MU, assembled at the school’s student center Wednesday night for a meeting after a planned protest march was canceled due to bad weather. And then, according to activist Steve Schmidt, whites were asked to leave

The seven groups amounted to six breakout groups for black (or at least non-white) students and one for the remaining white students. The deliberately segregated arrangement was confirmed by local reporter Jared Koller, who was there on behalf of local KOMU-TV news 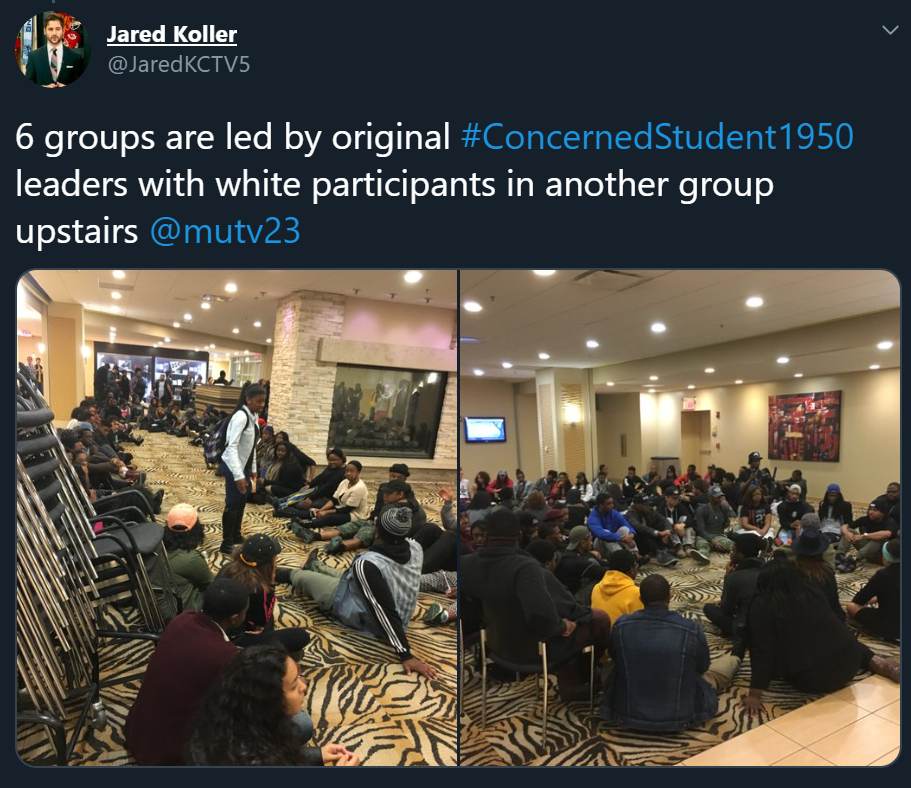