Muslim terrorist decapitates teacher in Nice, France, another kills 3 in church – Double standards and bias in media reporting on this incident and reaction from world leaders and other muslims

MUSLIMS have taken to the streets across the world to burn French flags and effigies of Emmanuel Macron in a sign of spreading anger over controversial cartoons of the Prophet Mohammed.

Thousands of demonstrators have denounced France in protests in several Muslim countries amid the row over Macron’s defence of the right to publish the Charlie Hebdo cartoons.

It comes as France was hit by two suspected terror attacks on Thursday which left three people dead – including a woman beheaded in a church by a knifeman shouting “Allahu Akbar”.

Two separate knifemen are understood to have launched attacks in Nice and Avignon just hours apart.

France has raised its alert status to the highest possible level of “terror attack emergency”.

Thousands of protesters in Tunisia, Pakistan, Israel, Palestine, Russia have taken to the streets to burn pictures of Macron and take a stand against the caricatures.

A Tunisian man who killed three people in a church in France only recently arrived in Europe, officials say.

The suspect, 21, had an Italian Red Cross document, issued after he arrived on the Italian island of Lampedusa by migrant boat last month.

He was shot by police and is in a critical condition. One of the victims was “virtually beheaded”, said the French chief anti-terrorism prosecutor.

President Emmanuel Macron said it was an “Islamist terrorist attack”.

Mr Macron said the number of soldiers being deployed to protect public places – such as churches and schools – would rise from 3,000 to 7,000. Anti-terror prosecutors have opened an investigation, and France has raised its national security alert to the highest level.

In another development, a 47-year-old man believed to have been in contact with the attacker was detained by police late on Thursday, French media reported. 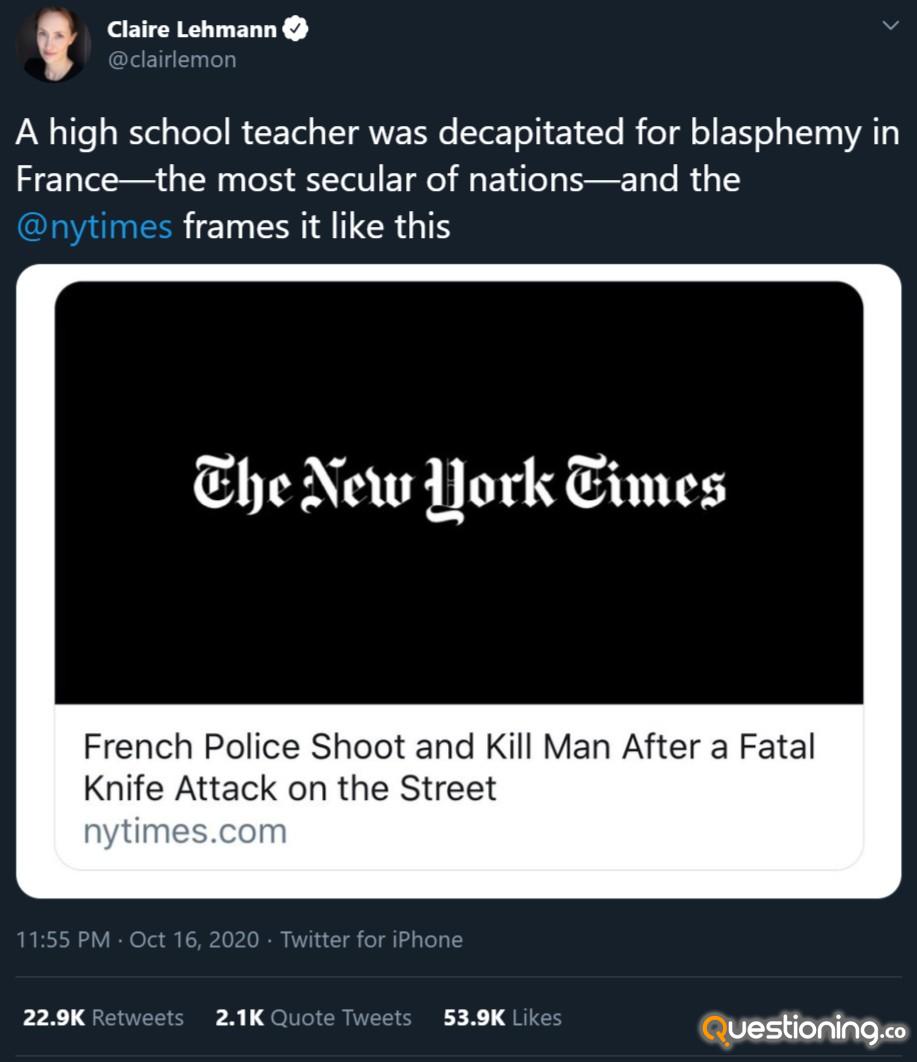 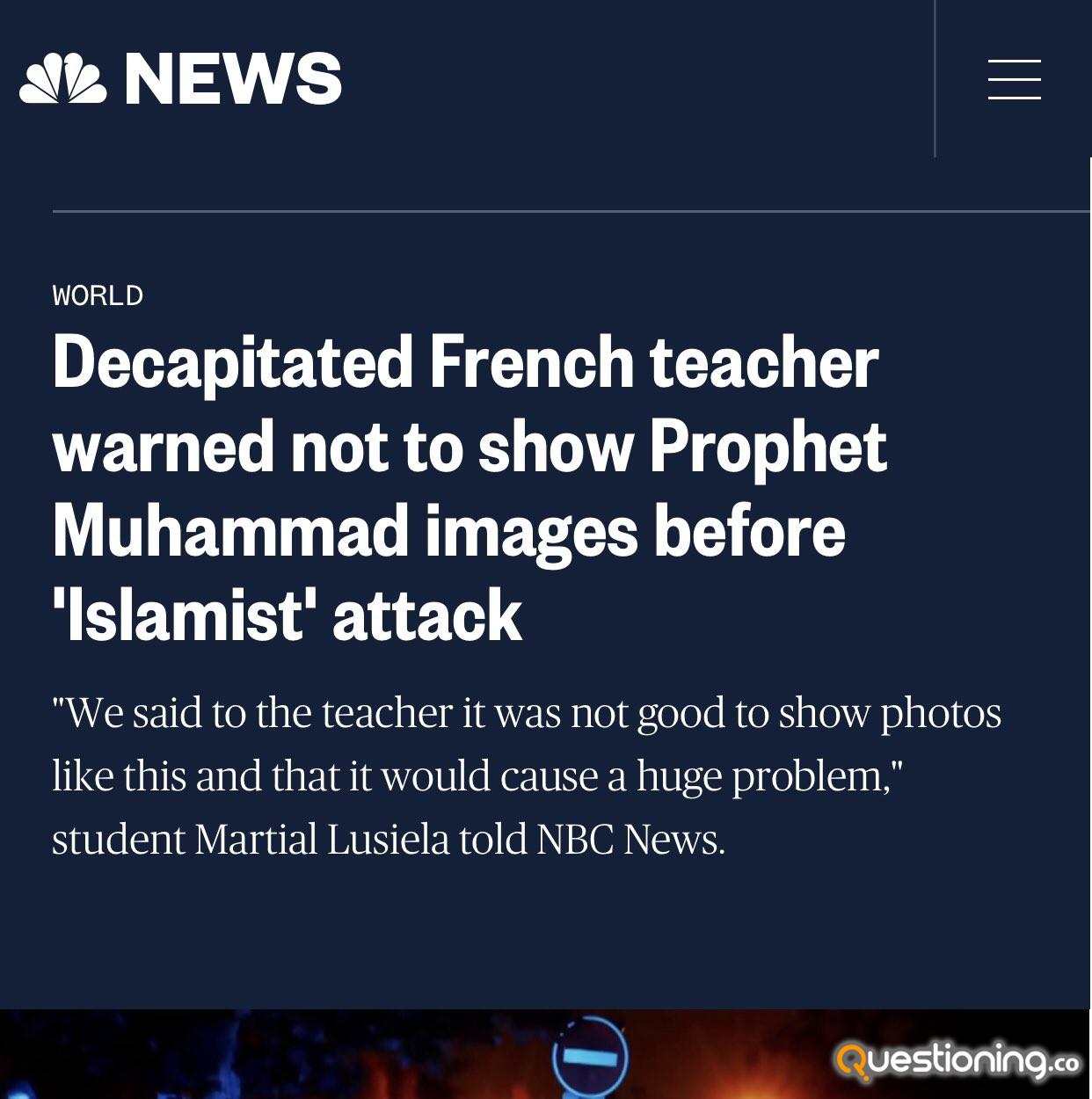 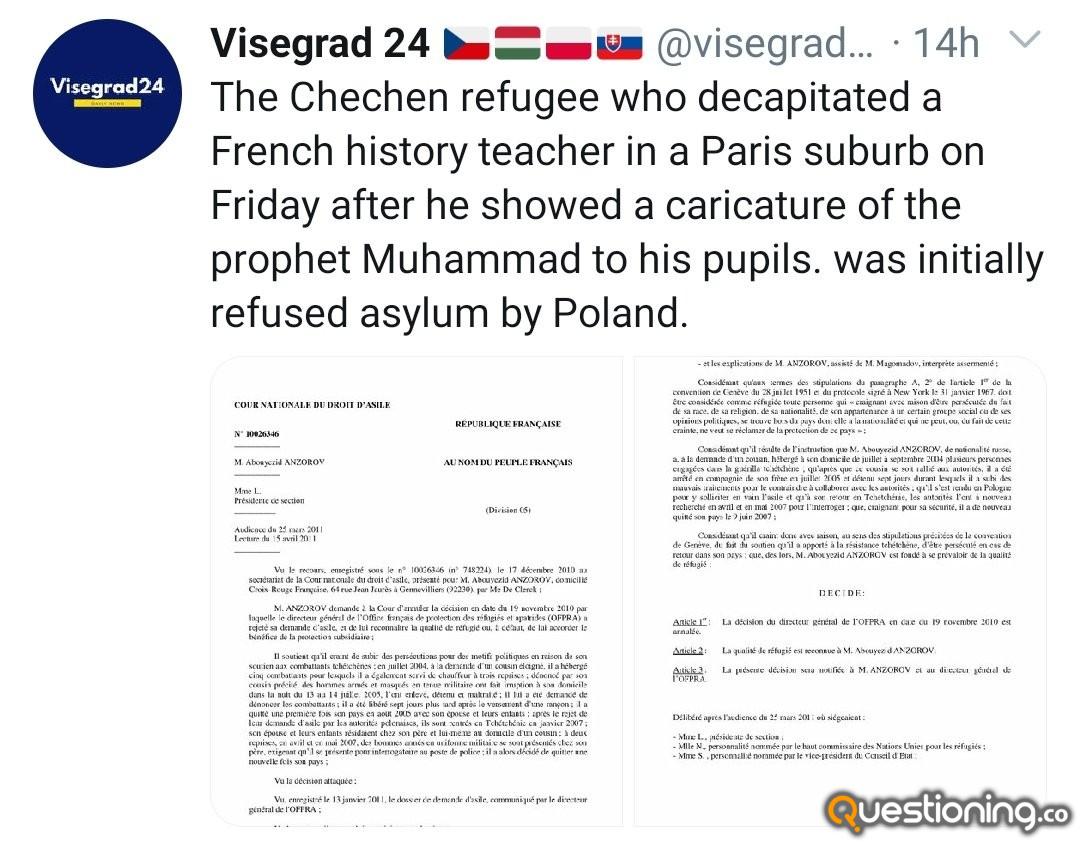