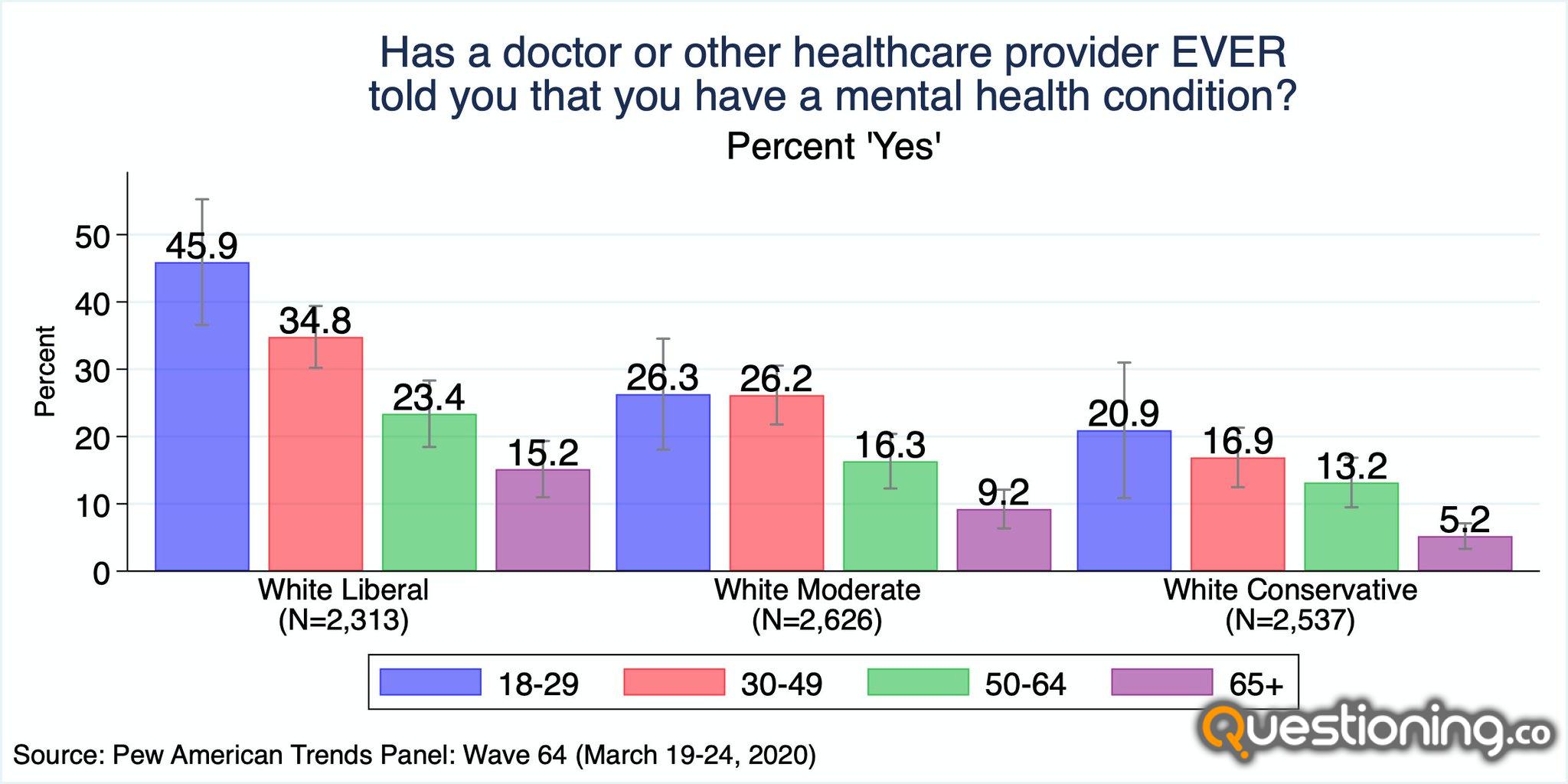 This is the Pew Research Panel, Wave 64, which interviewed a representative sample of 11,537 American adults between March 19th and March 24th. In analysing the dataset, what really caught Goldberg’s attention was differences in whether interviewees had ever been diagnosed with a mental health condition among the white sample.

According to Pew Research Center data, 56% of Liberal females aged 18 to 29 have been diagnosed with a mental health condition, compared to 33.6% of Liberal males in this age band. Goldberg commented that this is the biggest sex gap by far in this particular dataset, meaning that young, Liberal females are, for some reason, particularly strongly prone to mental illness.

Even among Liberal females aged 30 to 49, over 39% have suffered from a mental illness. The most mentally stable of all are “Conservative” males over the age of 65, 4.5% of whom have ever been told by a doctor that they have a mental health condition

Dr. Emily Ekins, right, of the Cato Institute, presented evidence that poor mental ill health is correlated with perceiving the world as beyond one’s control.

She demonstrated that this is how American Liberals see the world—as controlled by Conservative forces—whereas Conservatives feel that they have agency, and can impact the world, and their place in it, if they work hard enough. In other words, Liberals are fatalistic and this makes them depressed. [What Americans Think Cause Wealth and Poverty, by Emily Ekins, September 27, 2019]