New York Times: Why Are Women-Led Nations Doing Better With Covid-19? – [if you don’t look at Belgium (female PM) with the most deaths per million]

Ms. Ardern’s success is the latest data point in a widely noticed trend: Countries led by women seem to be particularly successful in fighting the coronavirus.

We should resist drawing conclusions about women leaders from a few exceptional individuals acting in exceptional circumstances. But experts say that the women’s success may still offer valuable lessons about what can help countries weather not just this crisis, but others in the future.

But this fake news propagandist specifically excluded Belgium with it’s female PM  Sophie Wilmès which has the highest per million population death rate: 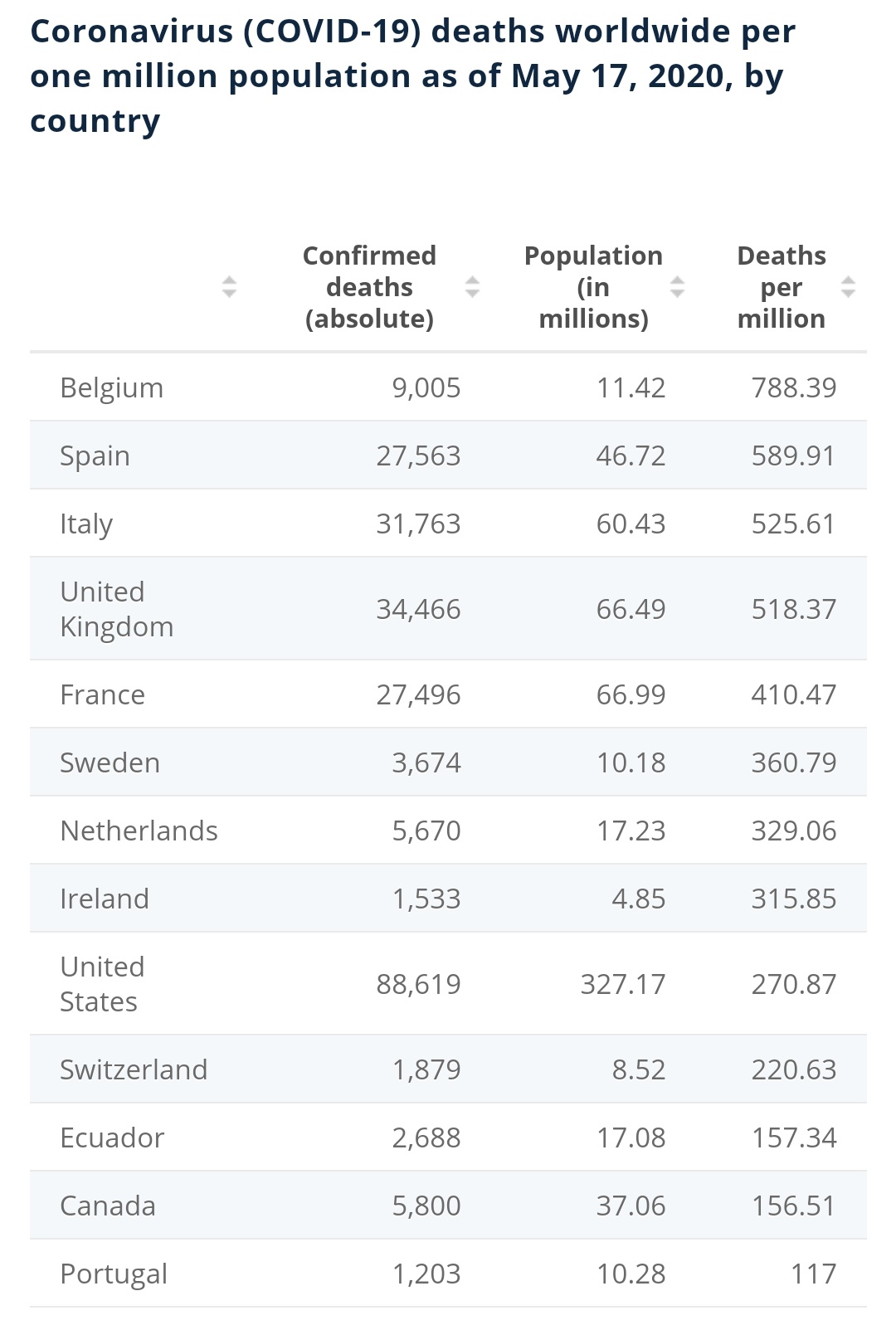 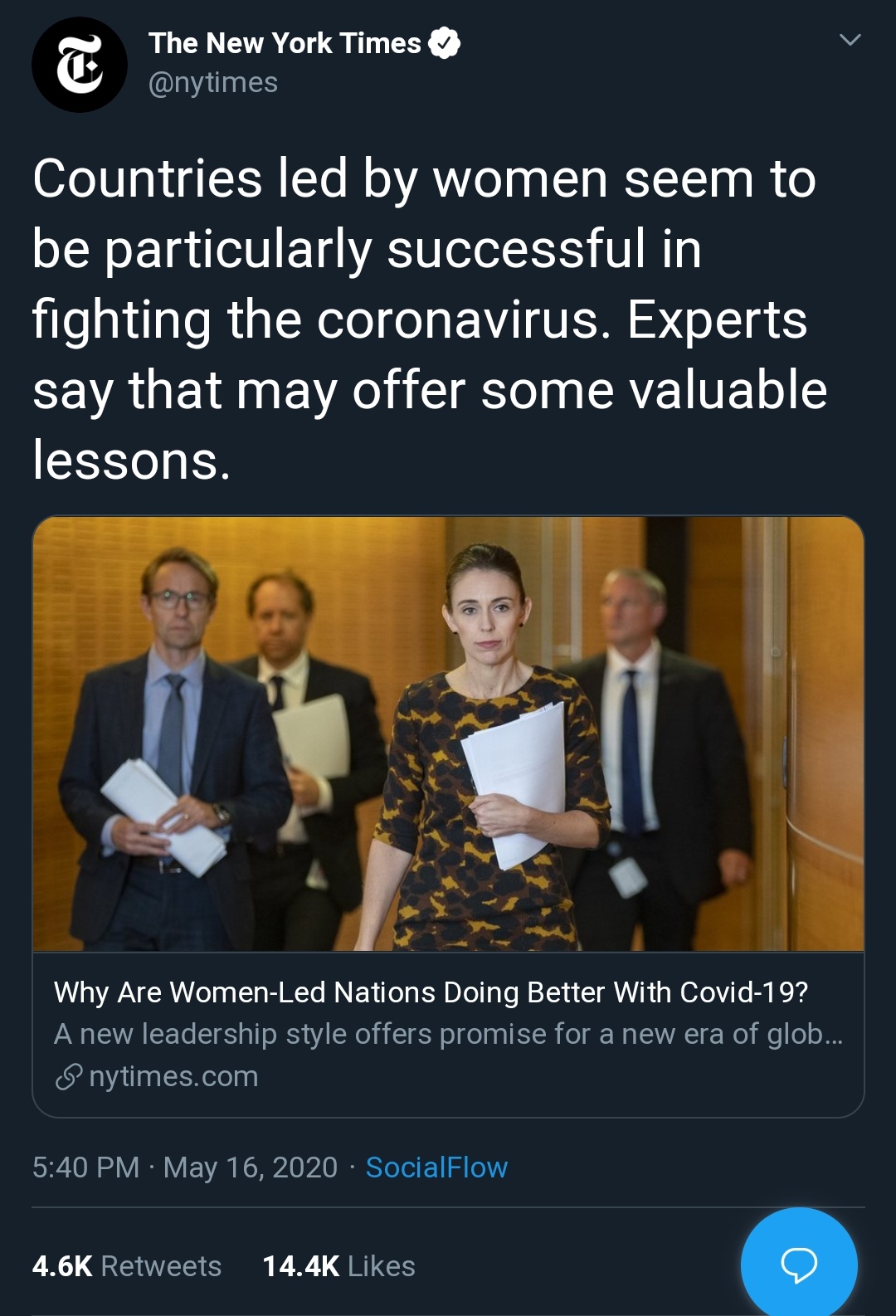