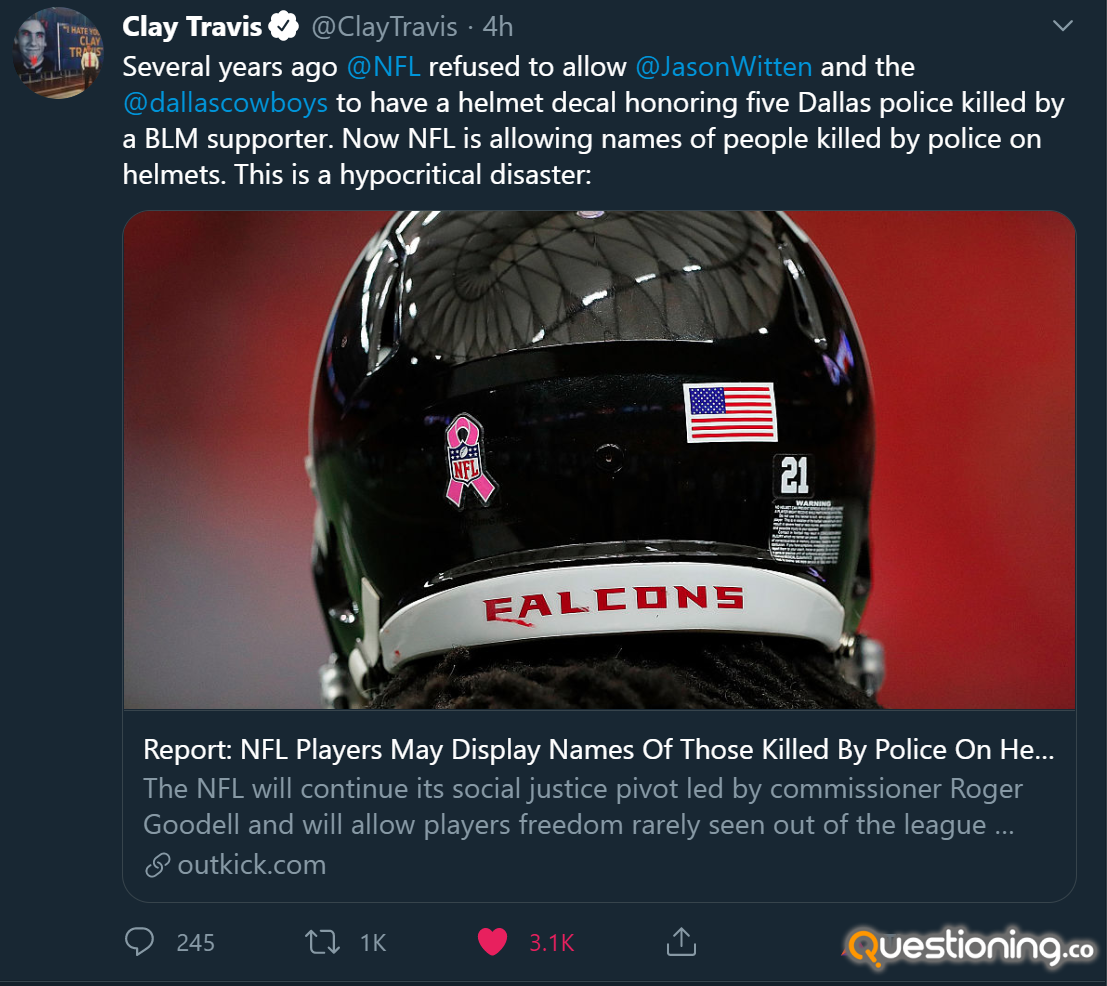 The NFL will continue its social justice pivot led by commissioner Roger Goodell and will allow players freedom rarely seen out of the league office when it comes to making statements on jerseys. This freedom will come in the form of names on the padding of their helmets.

“Per a source with knowledge of the situation, players may display the names of victims of police violence and/or systemic racism on the padding along the bottom of the backs of their helmets,” Mike Florio reported this weekend.

The area of the helmet that will be used is where you see Falcons. Florio reports the names will come from an approved list of available names. There’s no word which names will appear on that list or who will decide which names will be available for the players to choose from.