Normalized, Systemic Anti White Racism, Hatred, Dehumanization; psychiatrist Aruna Khilanani lecturing at Yale’s Child Study Center talks about “unloading a revolver into the head of any white person that got in my way.” “White people make my blood boil.”

A few weeks ago, someone sent me a recording of a talk called “The Psychopathic Problem of the White Mind.” It was delivered at the Yale School of Medicine’s Child Study Center by a New York-based psychiatrist as part of Grand Rounds, an ongoing program in which clinicians and others in the field lecture students and faculty.

When I listened to the talk I considered the fact that it might be some sort of elaborate prank. But looking at the doctor’s social media, it seems completely genuine.

Here are some of the quotes from the lecture:

Here’s the poster from the event. Among the “learning objectives” listed is: “understand how white people are psychologically dependent on black rage.”

Katie Herzog, who wrote yesterday about the spread of wokeness in medicine, interviewed the psychiatrist who delivered the talk, Dr. Aruna Khilanani. 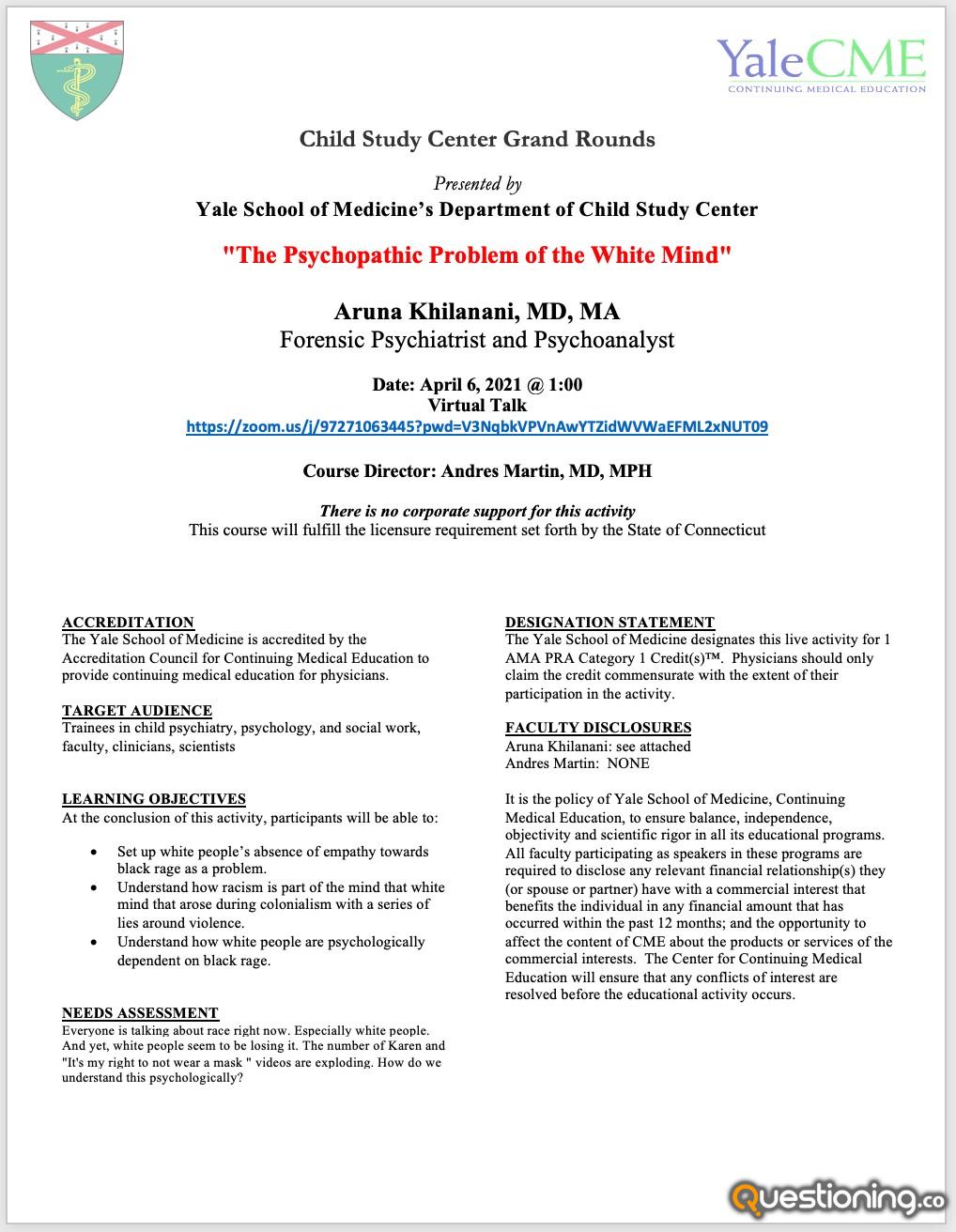 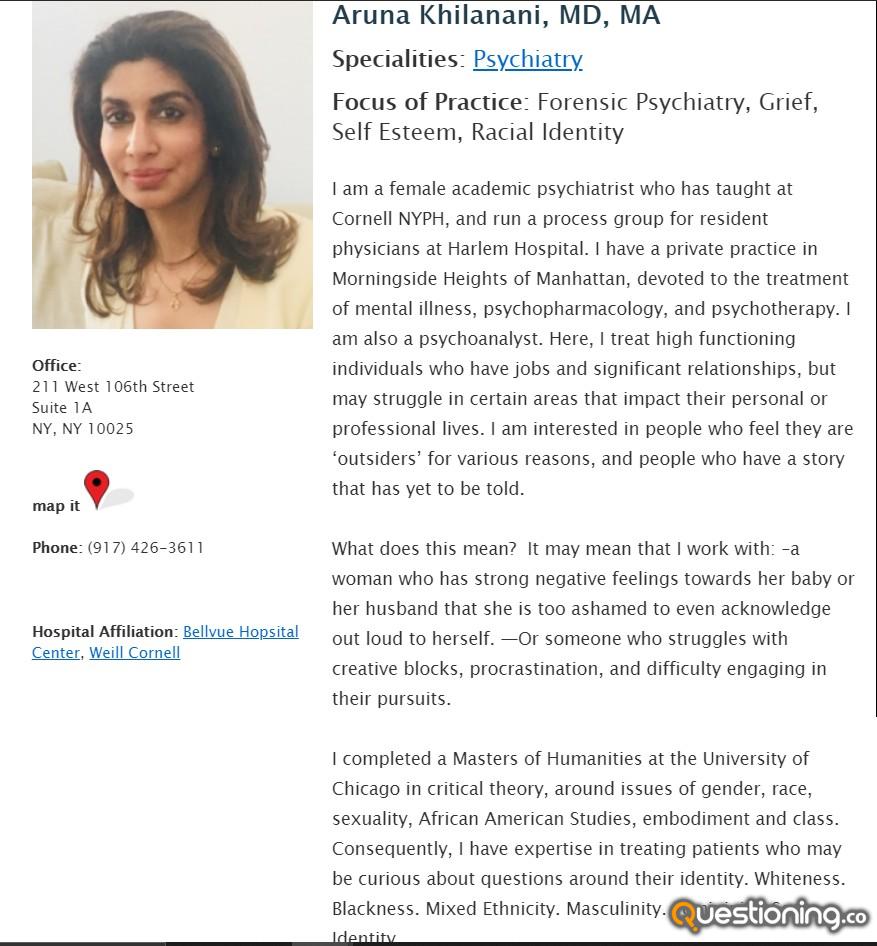