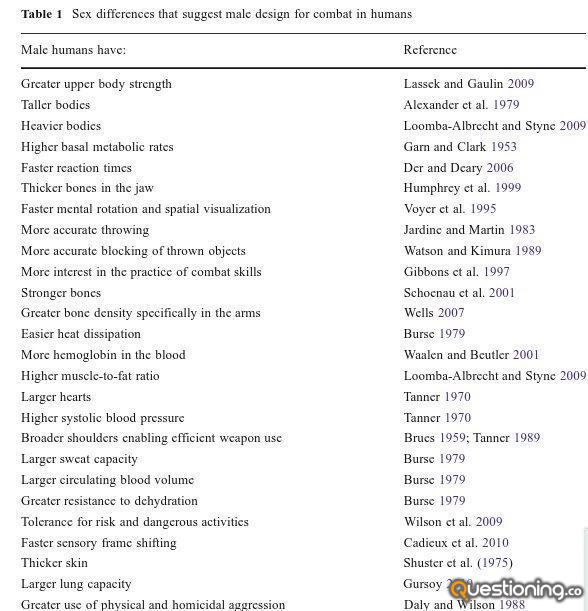 Fighting ability, although recognized as fundamental to intrasexual competition in many nonhuman species, has received little attention as an explanatory variable in the social sciences. Multiple lines of evidence from archaeology, criminology, anthropology, physiology, and psychology suggest that fighting ability was a crucial aspect of intrasexual competition for ancestral human males, and this has contributed to the evolution of numerous physical and psychological sex differences. Because fighting ability was relevant to many domains of interaction, male psychology should have evolved such that a man’s attitudes and behavioral responses are calibrated according to his formidability. Data are reviewed showing that better fighters feel entitled to better outcomes, set lower thresholds for anger/aggression, have self-favoring political attitudes, and believe more in the utility of warfare. New data are presented showing that among Hollywood actors, those selected for their physical strength (i.e., action stars) are more likely to believe in the utility of warfare.