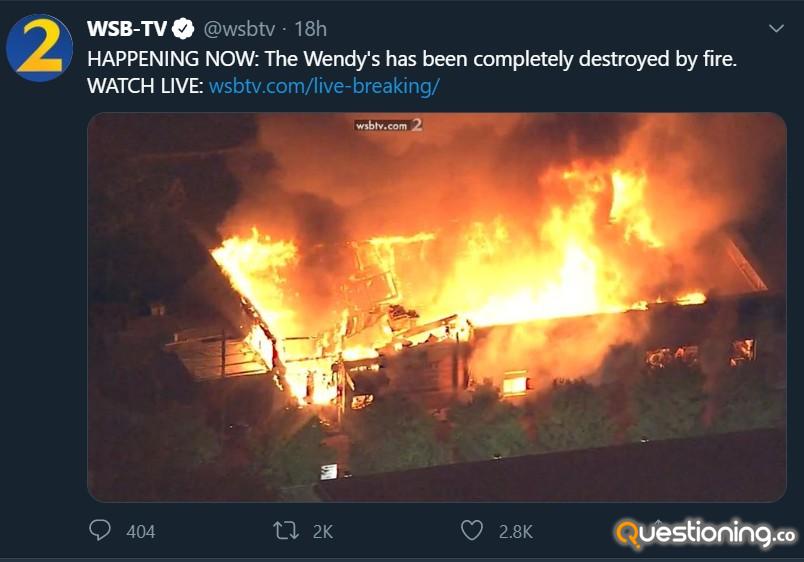 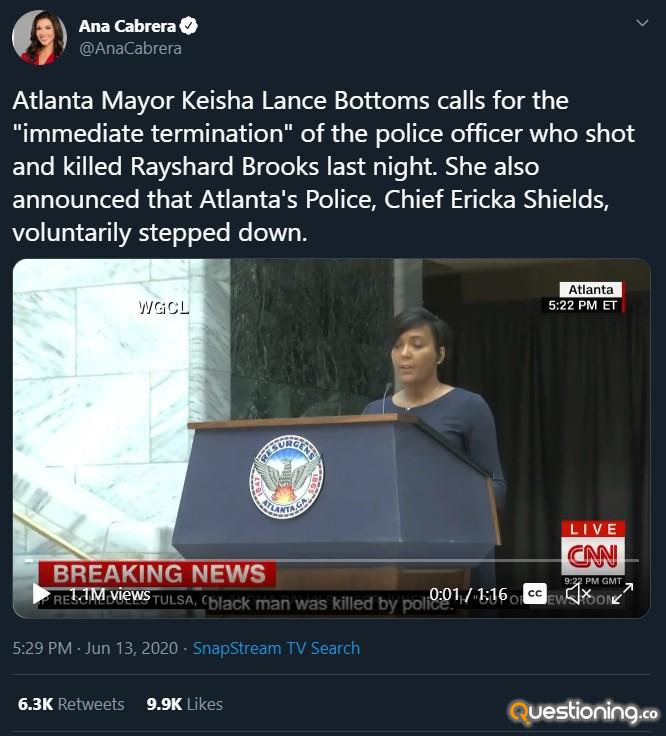 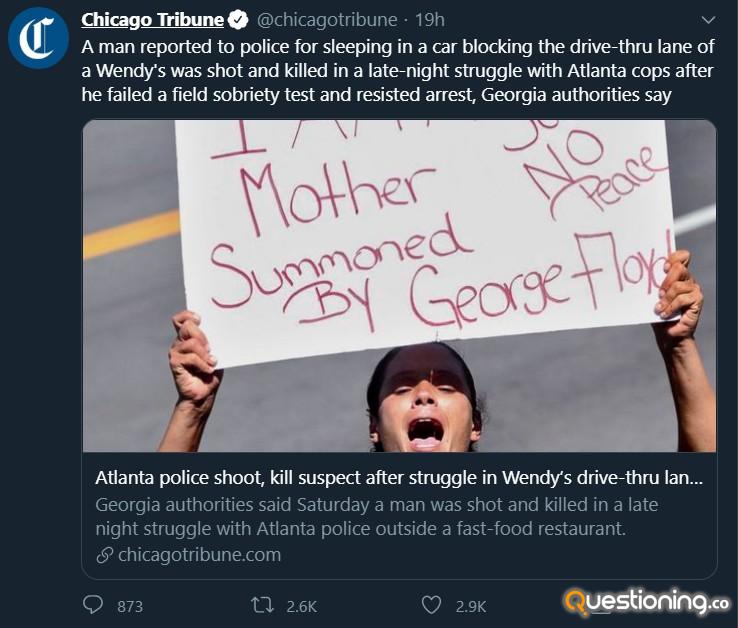 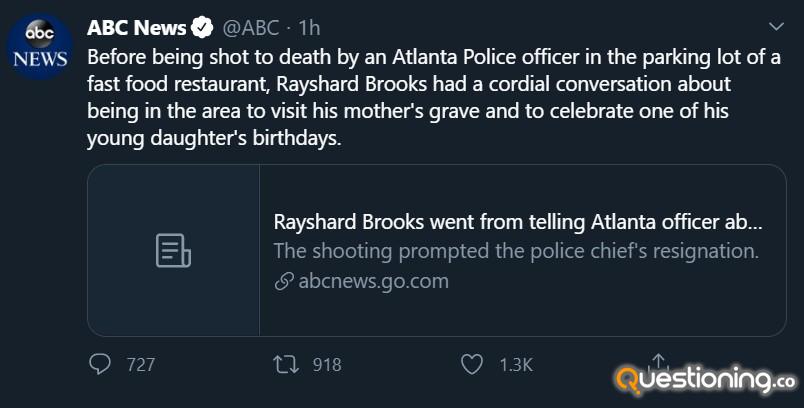 Atlanta fake news Magazine: “Peaceful protesters, and then the Wendy’s caught on fire” 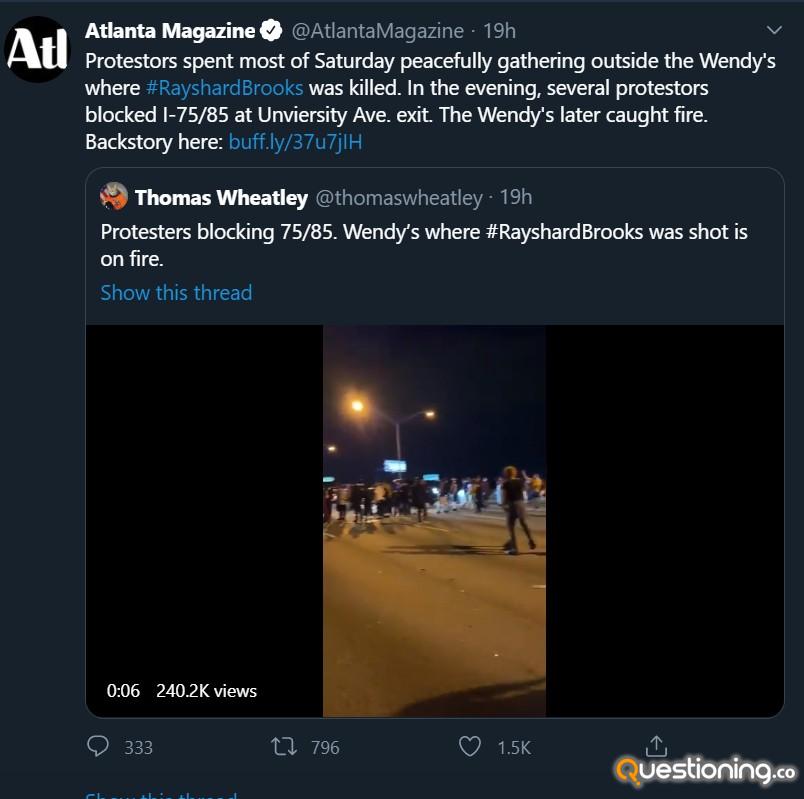 Associated press leaving out so many details and race baiting: 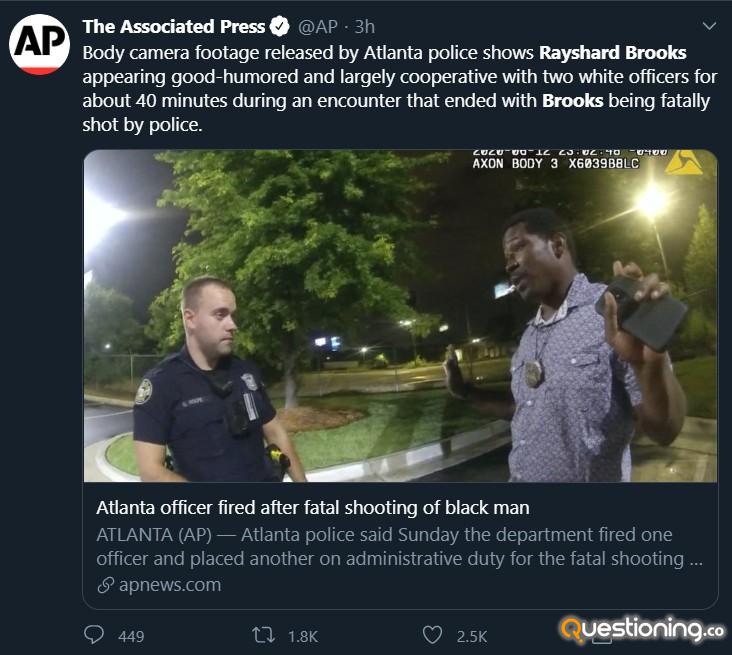 CNN fluff piece about him wanting to see his daughter: 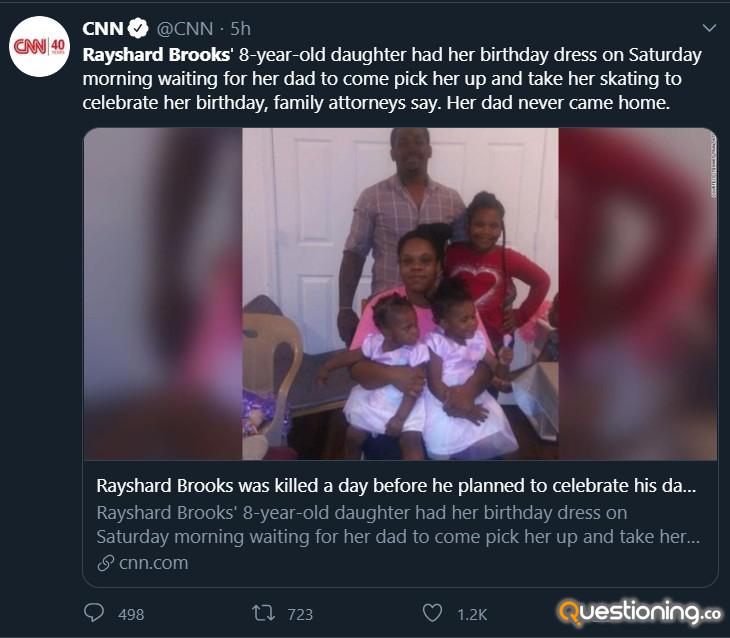 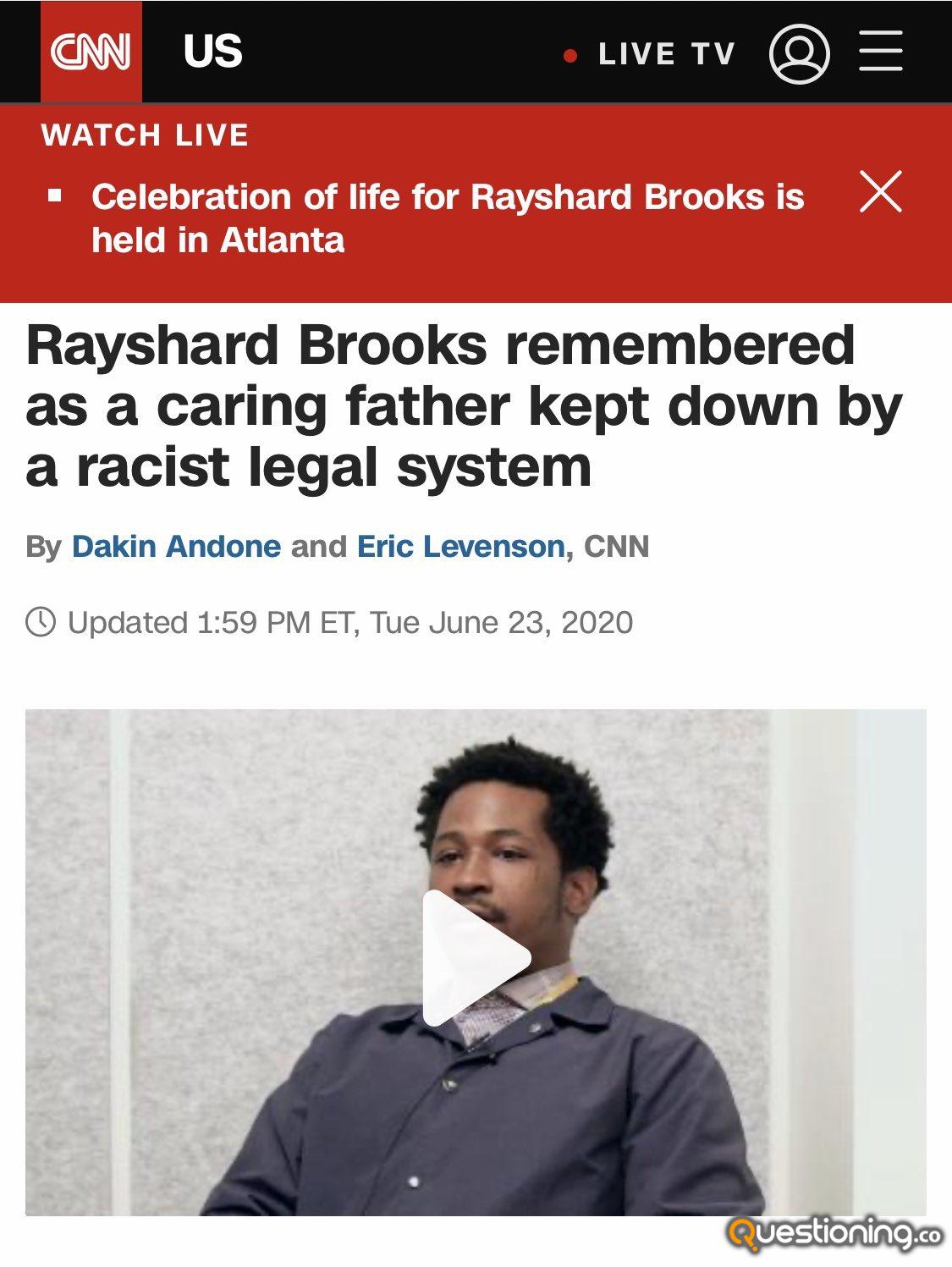 BET leaving out all the details: 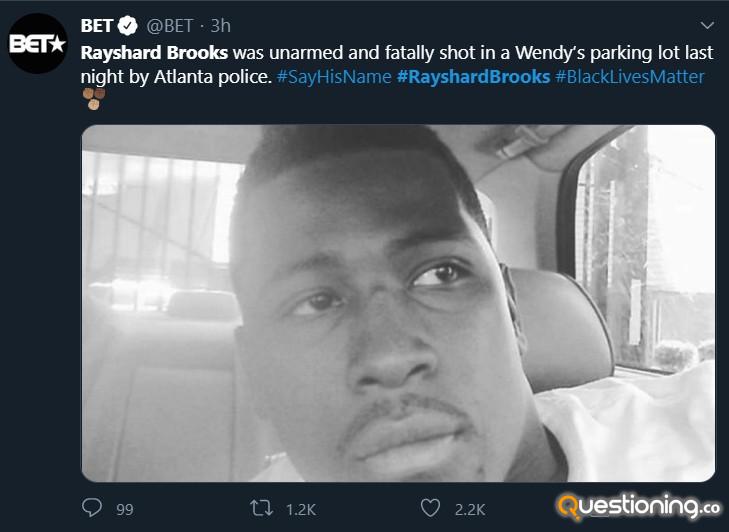 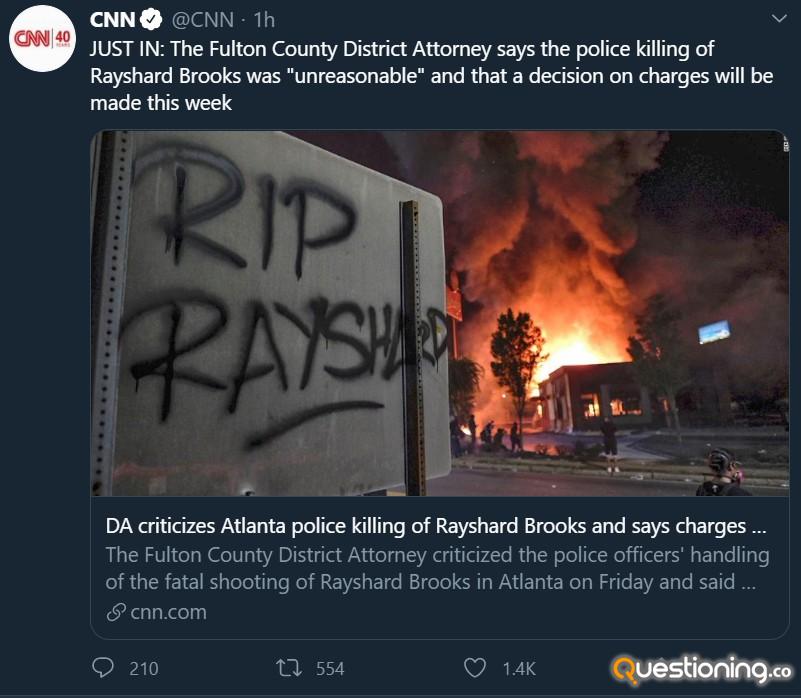 ABC “news” omits his criminal history, talks about his hard work and dedication to family

NPR omitting that he resisted arrest, attacked the officers, stole their taser, and tried to fire it at them. 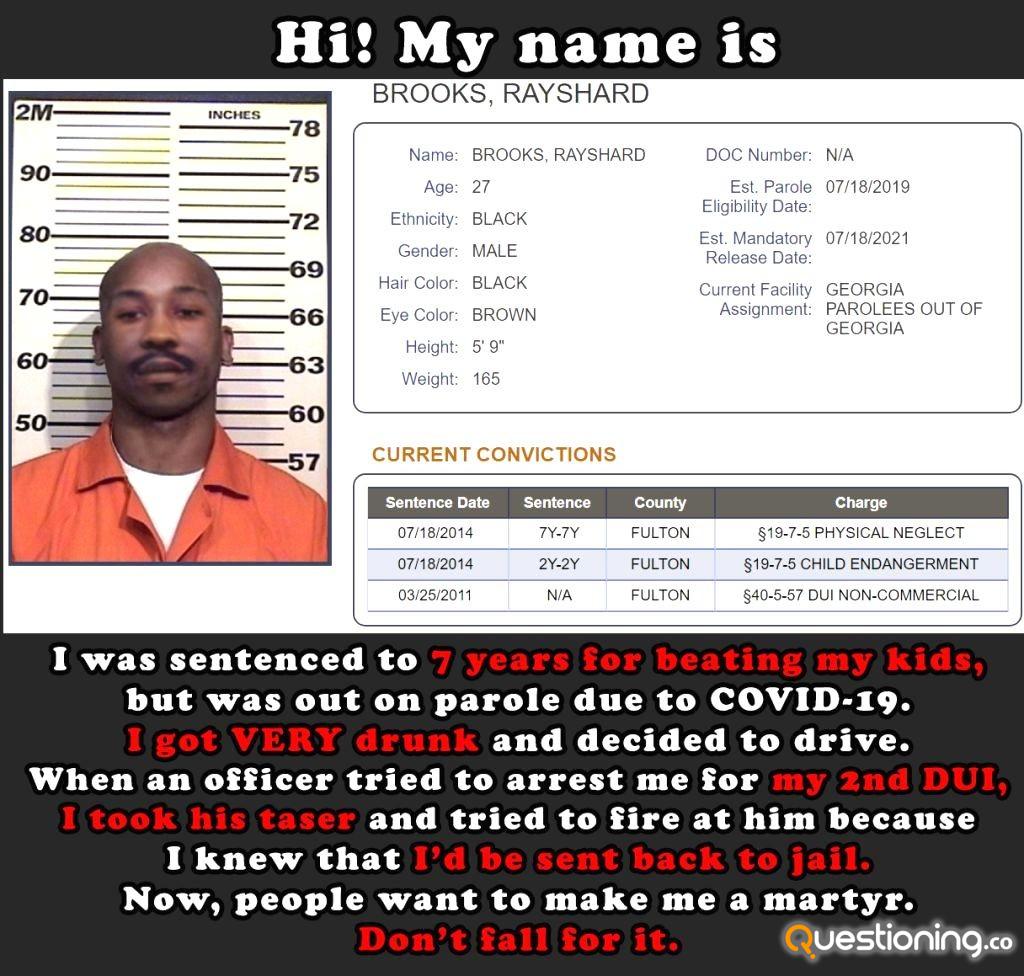