Sweden never issued stay-at-home orders, kept schools open, didn’t close businesses and the general public does not wear masks… …and the entire country is down to LESS THAN 1 DEATH per day from COVID-19. 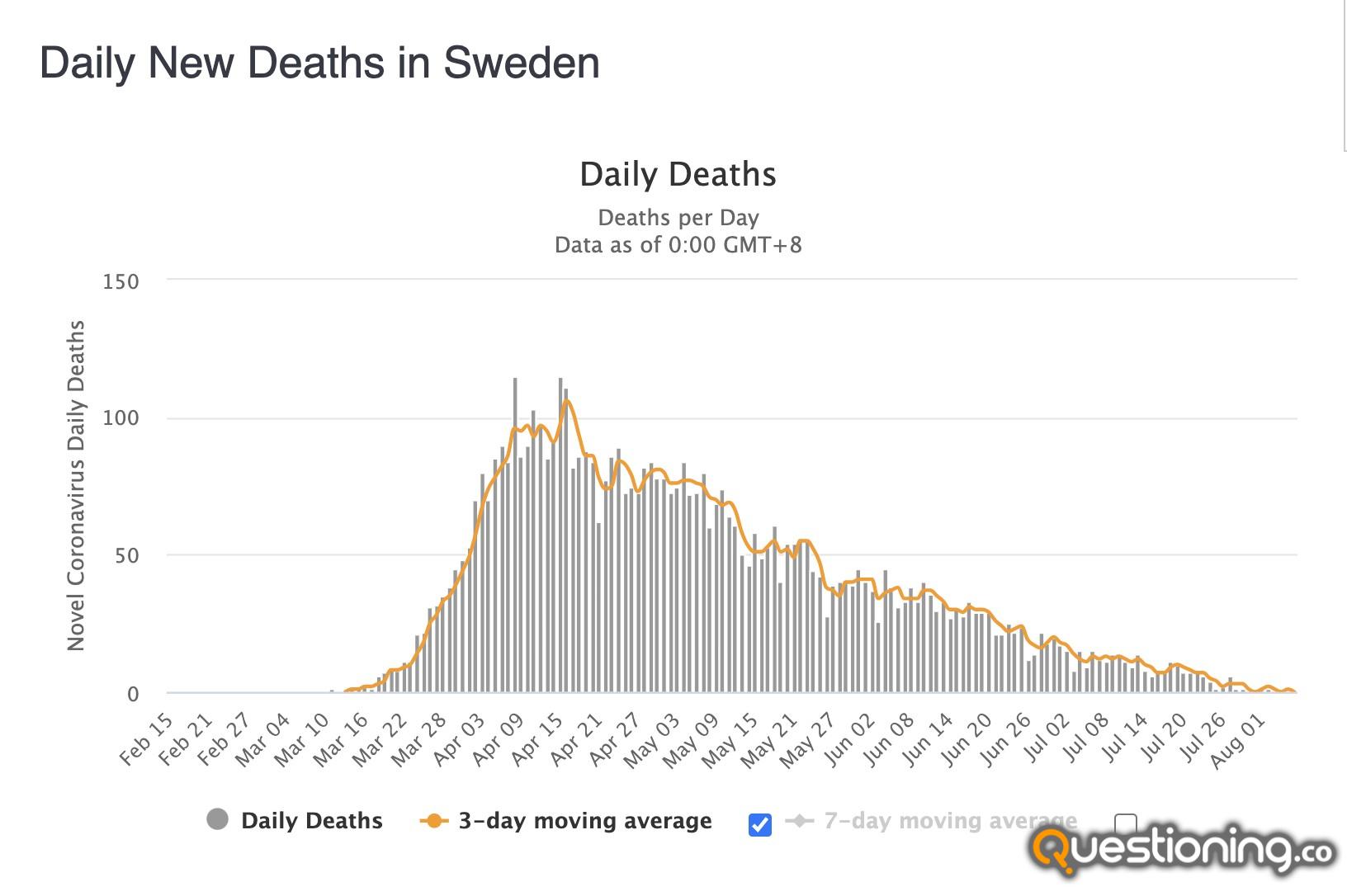 Sweden comparing deaths from all causes – COVID-19 isn’t even a blip on the radar. 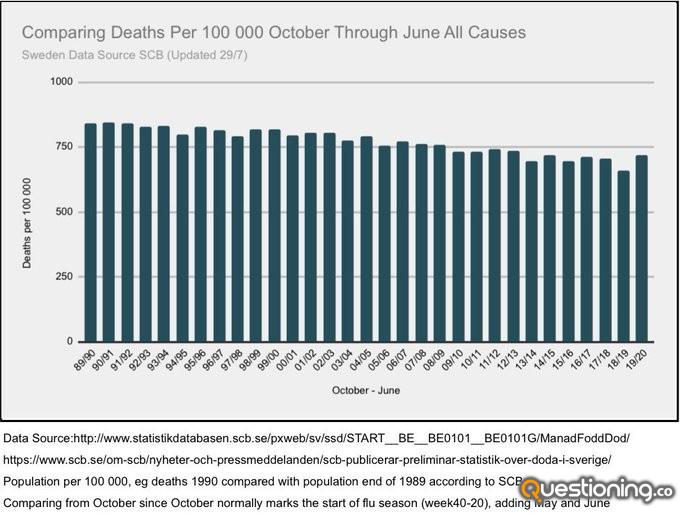 Sweden’s Economy, After Not Having Lockdown, in Much Better Shape Than Rest of Europe

Sweden’s GDP fell 8.6 in Q2 2020, the country’s worst quarterly decline in modern history. The fall came amid the novel coronavirus panic, which Sweden did not implement full lockdown measures over.

However, the Scandanavian nation markedly outperformed the rest of Europe. Its GDP drop in the second quarter was lower than the 12.1 average experienced in the Eurozone, as well as the 11.9 average across the whole of the EU.

However, Sweden is not currently in a recession. A country is deemed to be in a recession when its economy declines for two consecutive quarters, and Sweden had a GDP growth of 0.1 in Q120.

While fears of a second wave of the outbreak loom over Europe, including in Spain, France, Germany, the Netherlands and Belgium, new infections in Sweden have been mostly declining since around late June.

The country reported a 35 percent dip in new cases per 100,000 people in the past 14 days, compared to that reported in the 14 days prior, according to the latest report Thursday from the World Health Organization (WHO).