Reporters out of Chicago are alleging that Democratic Mayor Lori Lightfoot is now granting interviews only to journalists of color.

NBC 5 Chicago political reporter Mary Ann Ahern took to Twitter on Tuesday to mark the “midway point” of Lightfoot’s first term in office and apparently acknowledged her failed effort to land an interview.

“As ⁦@chicagosmayor reaches her two year midway point as mayor, her spokeswoman says Lightfoot is granting 1 on 1 interviews – only to Black or Brown journalists,” Ahern tweeted.

And apparently, Ahern wasn’t the only one. 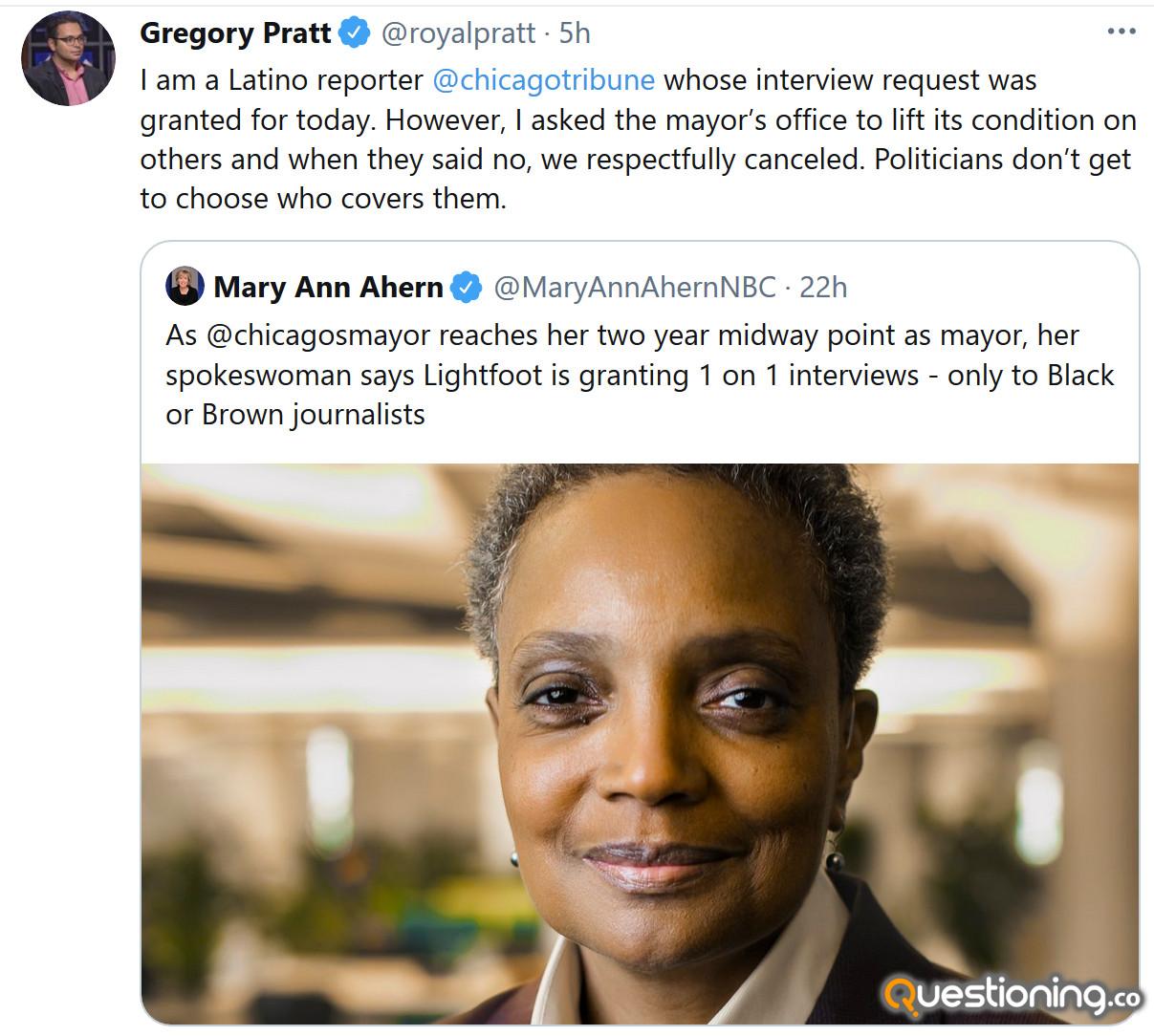