A statement issued on Sunday afternoon read: “We were alerted to a series of racist messages sent to a footballer today and after looking into them and conducting checks, we have arrested a boy.

“The 12-year-old from Solihull has been taken to custody. Thanks to everyone who raised it. Racism won’t be tolerated.” 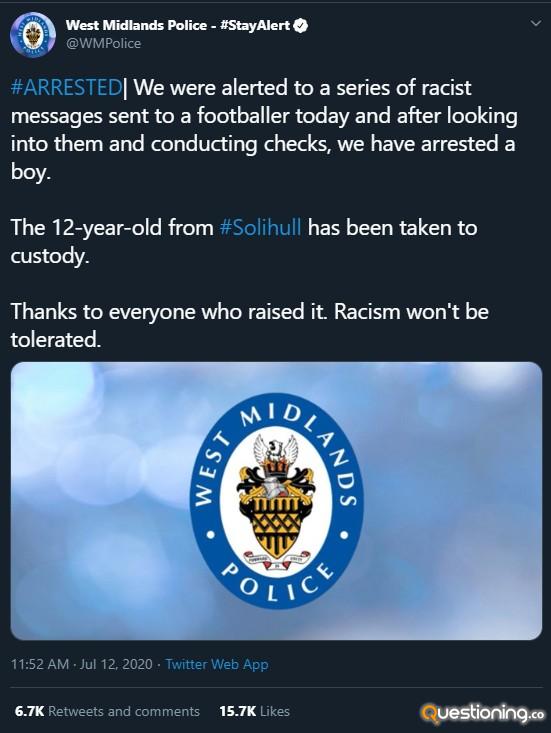 In the UK you can rape little white girls – and get off scott free. But say mean things to a black person and you go to jail.