Rep. Jim Banks (R-IN) said in a statement on Monday that the New York Times is willing to do “anything” to hurt President Donald Trump, including compromising national security.

Banks, a military veteran, said that “having served in Afghanistan during the time the alleged bounties were placed, no one is angrier about this than me.”

However, the Hoosier conservative said that the federal government could not complete the investigation due to the Times story. 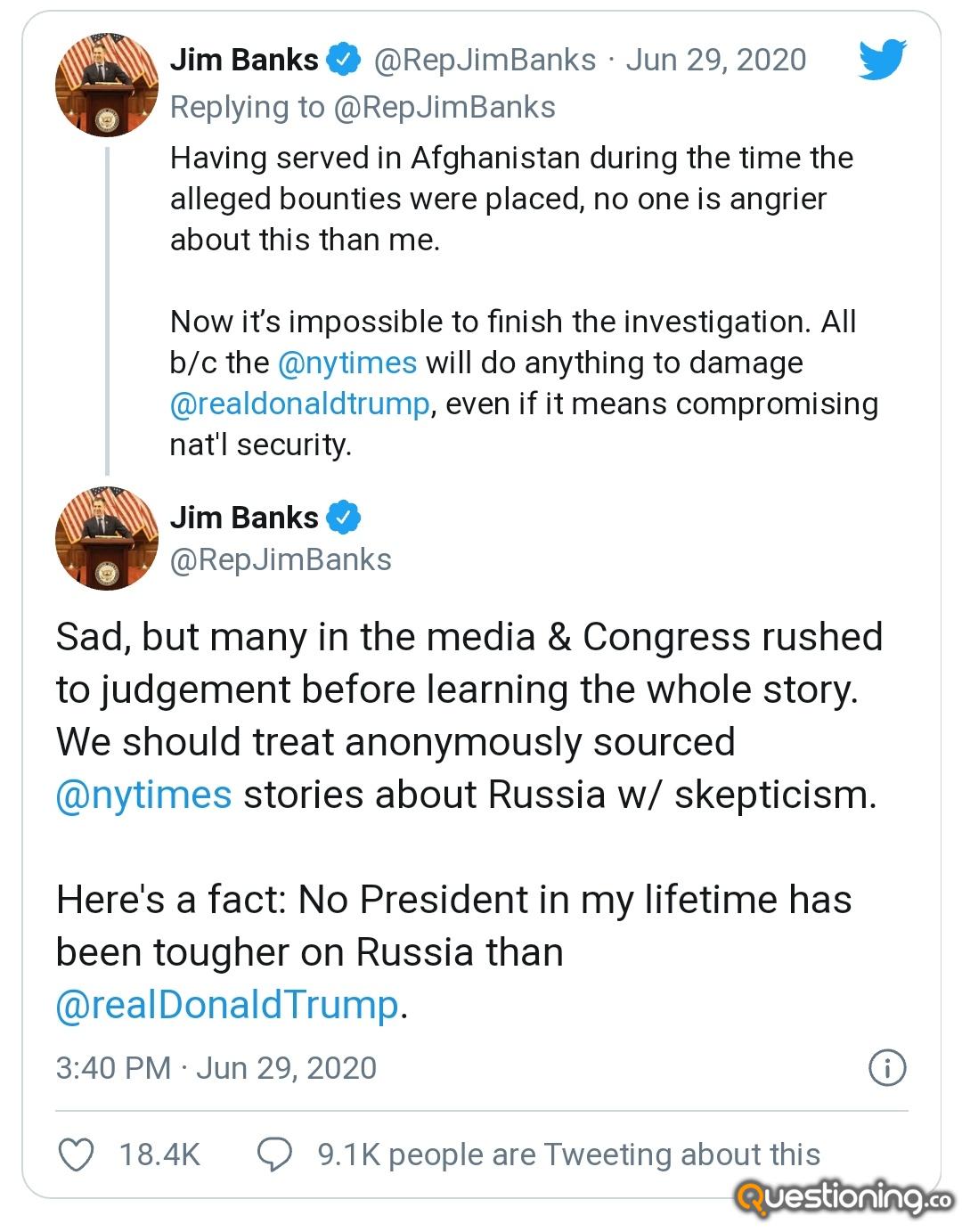