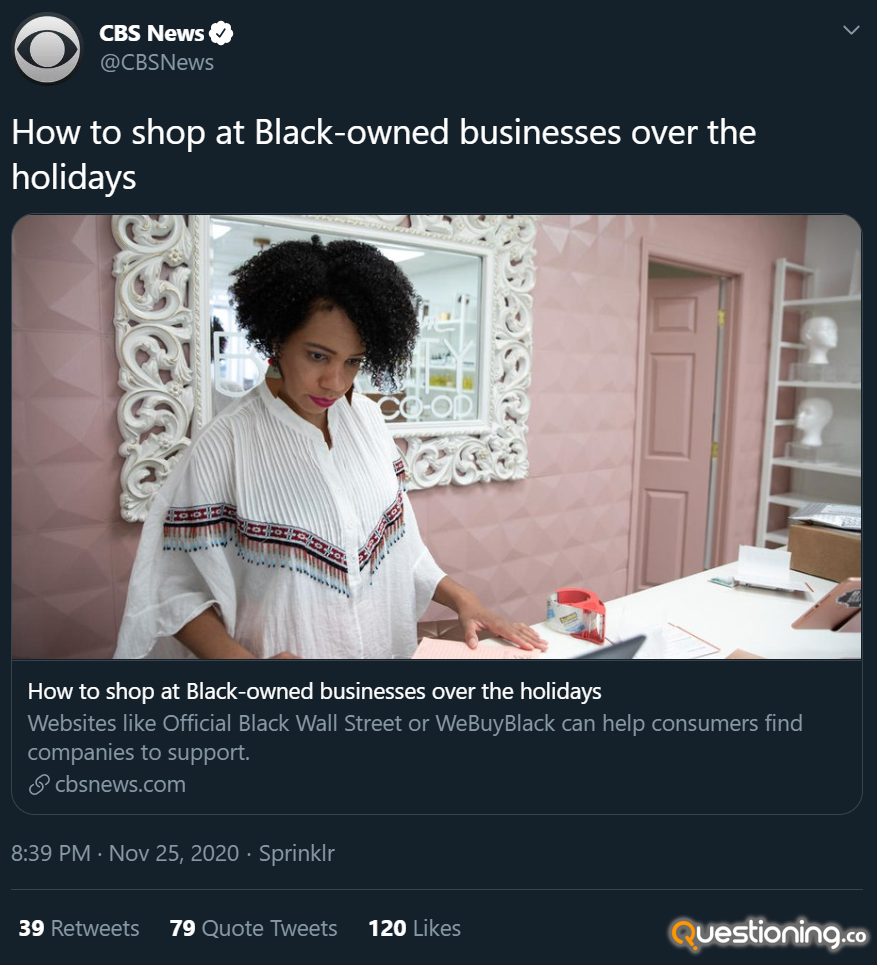 As Americans gear up for the holidays, social media campaigns are urging customers to spend money at Black-owned companies to help offset the devastating economic impact of the coronavirus.

Although the pandemic is slamming business owners of all creeds and colors, Black firms have been hit particularly hard. More than 440,000 Black-owned establishments have closed shop for good this year, and more are expected to follow suit.

Supporting Black businesses amounts to a three-step process — all of which can be done from the comfort and safety of home: Find a company, make a purchase, then post a review. 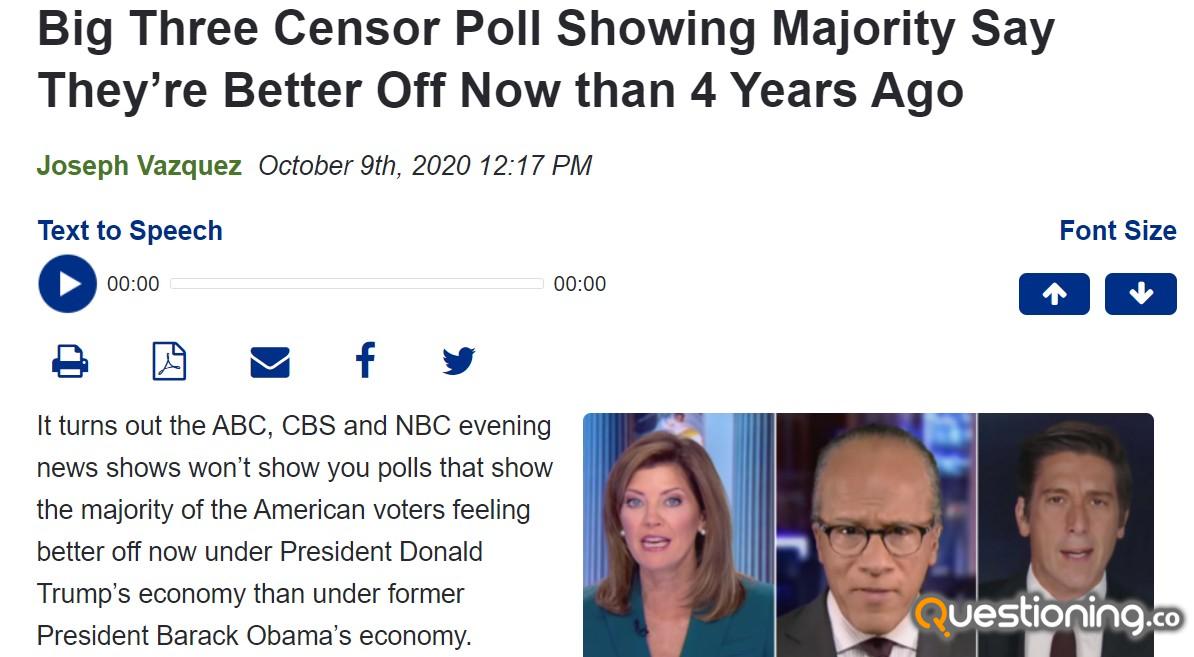 Productive, peaceful, tax paying, contributing member of society Jacob Gardner defends his bar by killing useless piece of human garbage rioter in self defense, is then railroaded in the court by DA, given harsh sentence. GoFundMe removes his donation page. MSM Smears him. Then kills himself.

A pro-Trump Nebraska bar owner committed suicide after he was charged for fatally shooting a black rioter who vandalised his business in May.

Multiple sources confirmed 38-year-old Jake Gardner’s death by suicide to KETV NewsWatch 7. A news conference hosted by Gardner’s lawyers will be held later in the evening.

On May 30, Gardner was confronted and attacked by a Black Lives Matter mob outside Gardner’s Hive bar amid protests in the Old Market, a neighborhood in downtown Omaha. When he was knocked to the ground, Gardner fired two warning shots in an attempt to rise to his feet, prosecutors cited. Then a scuffle broke out with 22-year-old James Scurlock before Gardner shot Scurlock dead. The black rioter had repeatedly broken windows to Gardner’s bar and other neighboring businesses.

A GoFundMe was launched to raise money for Gardner’s defense, but the page was deleted by the fundraising platform. His family and friends believed that his bail was expected to be set at $1 million. 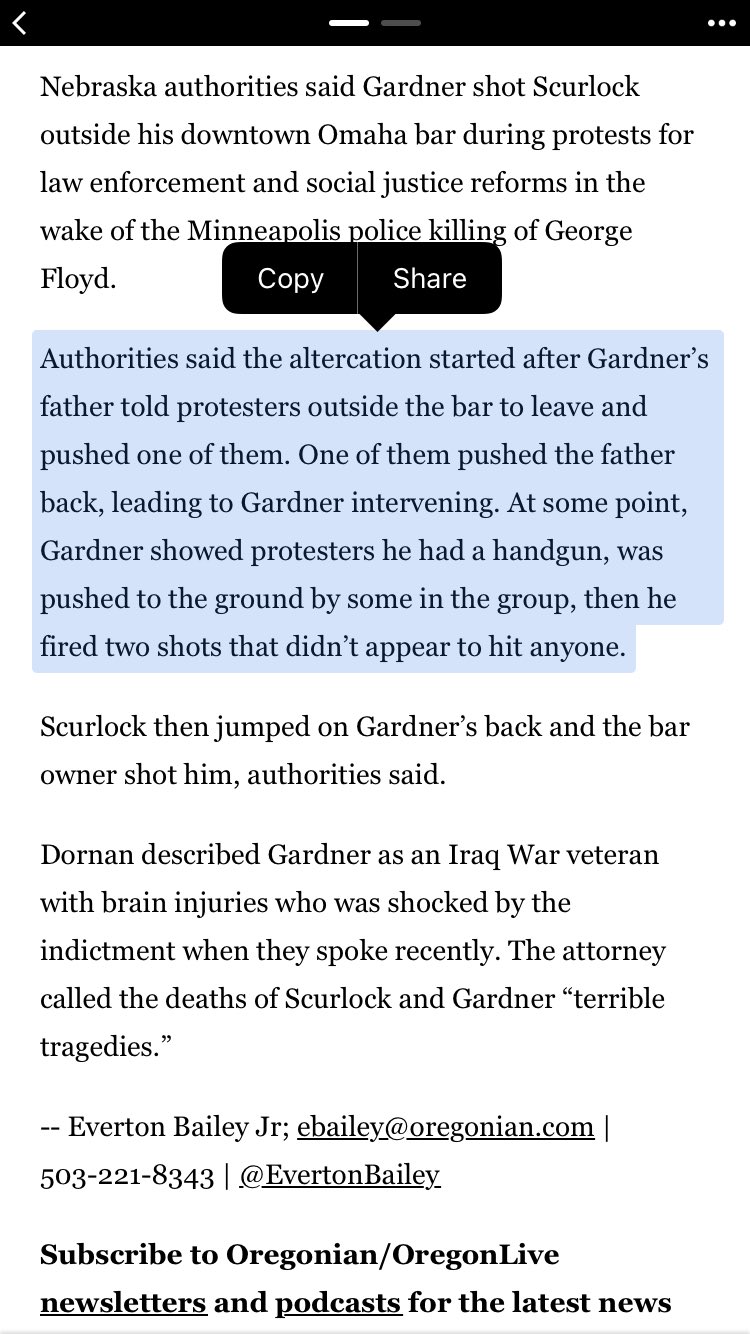 This is how fake news propaganda covers this story: 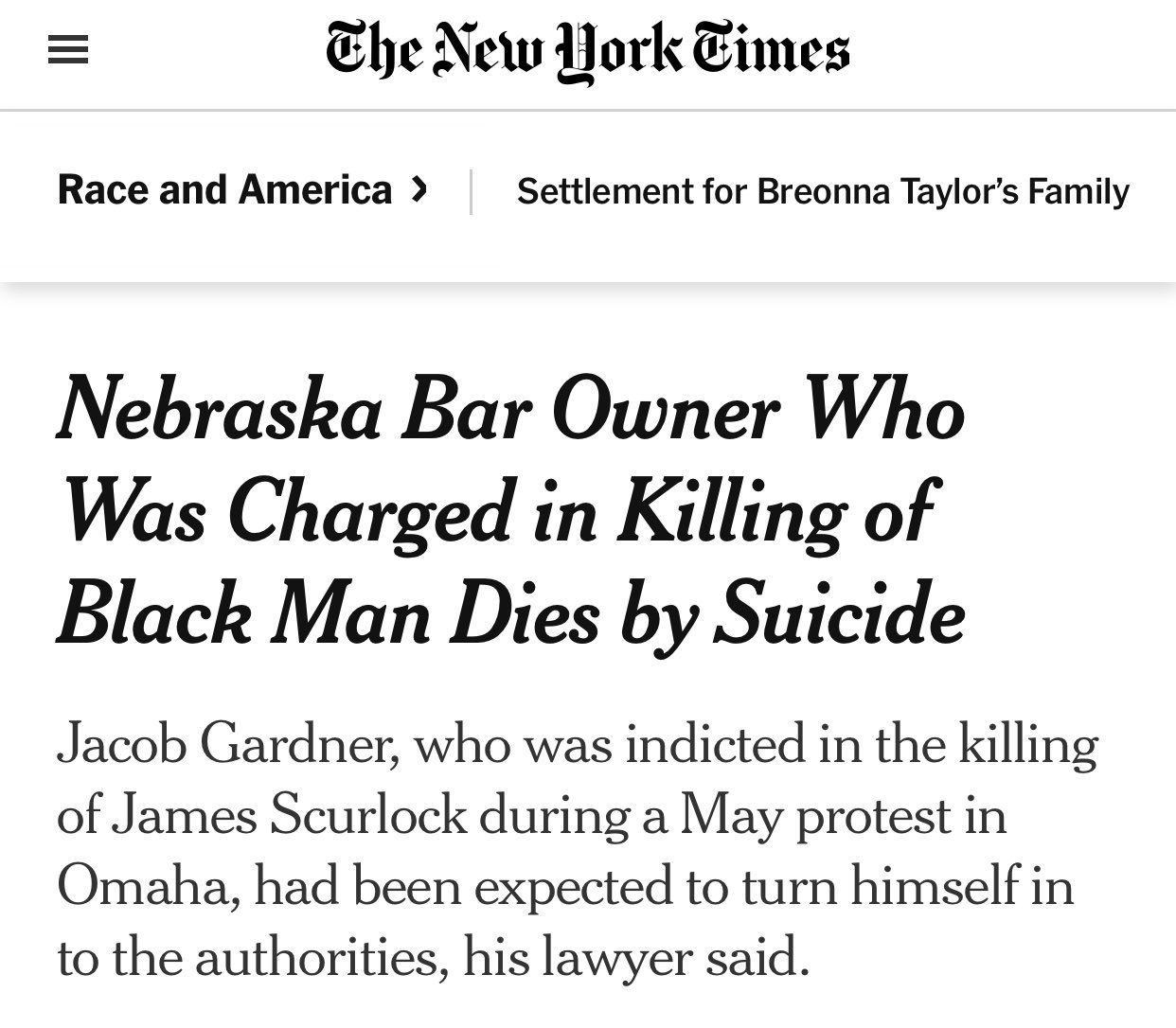 CBS: “We cannot deny the fact that fat-phobia is rooted in anti-Blackness”

“We cannot deny the fact that fat-phobia is rooted in anti-Blackness. That’s simply an historical reality,”

“they” – as if white people have a central authority that decides these things.

sociologist Max Weber in 1904-1905, describes the concept of hard work and self-discipline as highly valued traits that would lead to eternal salvation. The “mortification of the flesh,” or the act of putting sins related to the body to death by abstaining from certain pleasures, is a concept common to all Christian denominations, reflected in practices like fasting or abstinence. Strings says that many of these ideas were taken up by Anglo-Saxon Protestants in the U.S. in the 19th century.

“What they wanted to do was show that they were both morally upright and racially proper, in the way in which they ate and how they maintained their figures,” said Strings. “And so, they were very clear that to be of the elite race and to be a Christian peoples means that you need to show what they would call temperance in the face of food — or restraint is the way we might think of today — because if you did not show temperance, that was evidence that you were one of the savages, and also, that you were un-Christian.”

Black fragility at its finest. Whites deciding to do something totally unrelated and having nothing to do with blacks – is somehow oppressive and racist towards blacks because this person has major self-esteem and image issues. 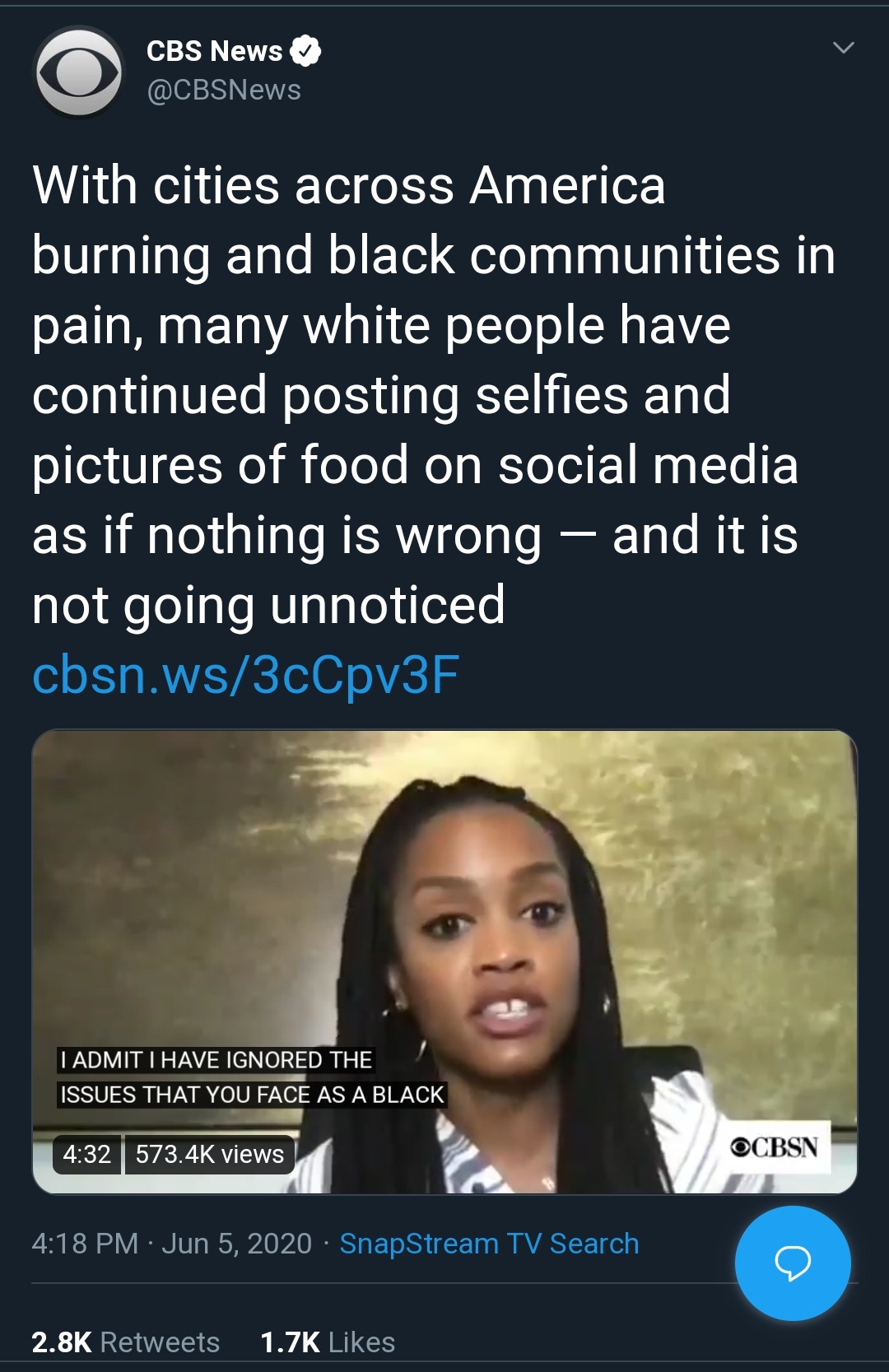 White silence on social media: Why not saying anything is actually saying a lot

African-Americans across the country have taken to the streets and to their social media feeds to plead through protest that “black lives matter” and “enough is enough.” But amidst all the noise and all the hashtags, many African-Americans say there is nothing quite as deafening as “white silence.”

During protests in Omaha, Nebraska over the weekend, a black activist was shot and killed by a white bar owner after a fight broke out. The county attorney said the shooter will not face charges because he was “defending himself.”

James Scurlock, 22, was killed by Jacob Gardner, the owner of the Hive Bar and Gatsby Bar in Omaha’s Old Market neighborhood around midnight Saturday in the midst of protests against police brutality and George Floyd‘s death. 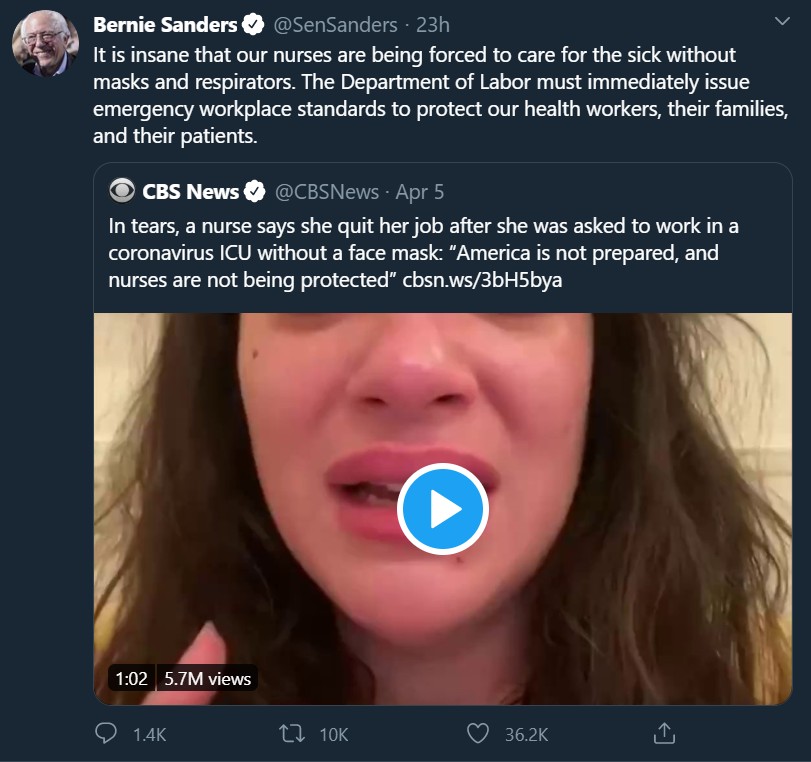 CBS News wants to reeducate America on how racist everyone is by policing their language and making them understand that the country’s founding fathers were really awful bigots.

That’s the overriding message that emerged from a Tuesday segment on This Morning where the anchors and their guests attempted to convince viewers that everyday terms with zero racial context are proof of how “the roots of racism” are deeply embedded in the US.