The triggering of an official invocation of the Canadian Emergency Measures Act to eliminate protests is stunning.  Using the Emergency Act to target individual citizens in Canada, and their bank accounts, is yet again another level of astonishing. 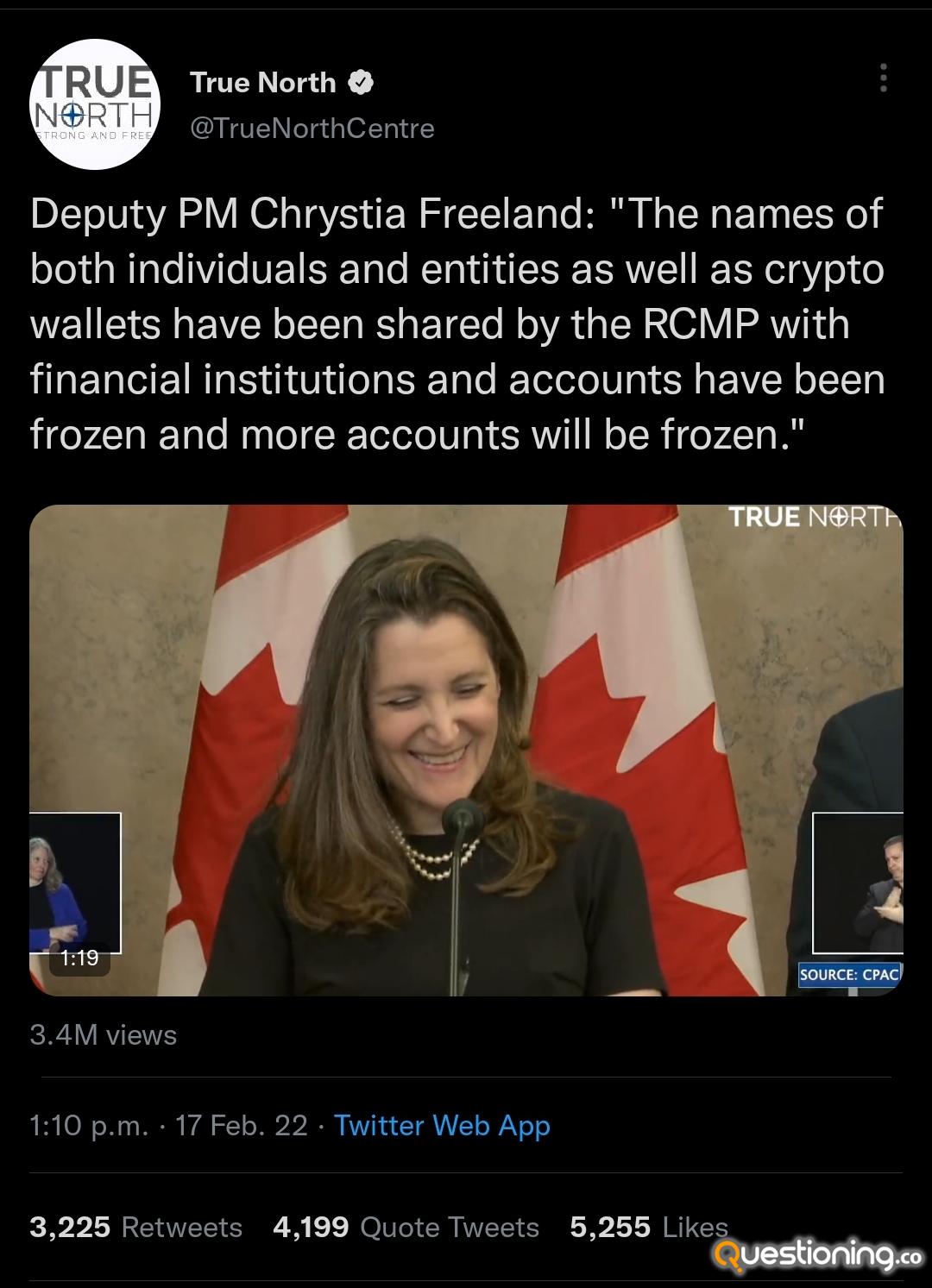 Prime Minister Justin Trudeau and Finance Minister Chrystia Freeland have authorized banks, financial institutions and insurance carriers to suspend the accounts of Canadian citizens based on their social media postings.

Yes, you read that correctly.   Support of “blockades and/or occupations” are specifically noted.

Anyone in Canada (individual or business) who supports or “furthers” the Freedom Convoy or Freedom Protest on Facebook, Instagram, Twitter or any other social media platform, is a target to have their bank accounts frozen and insurance policies nullified. 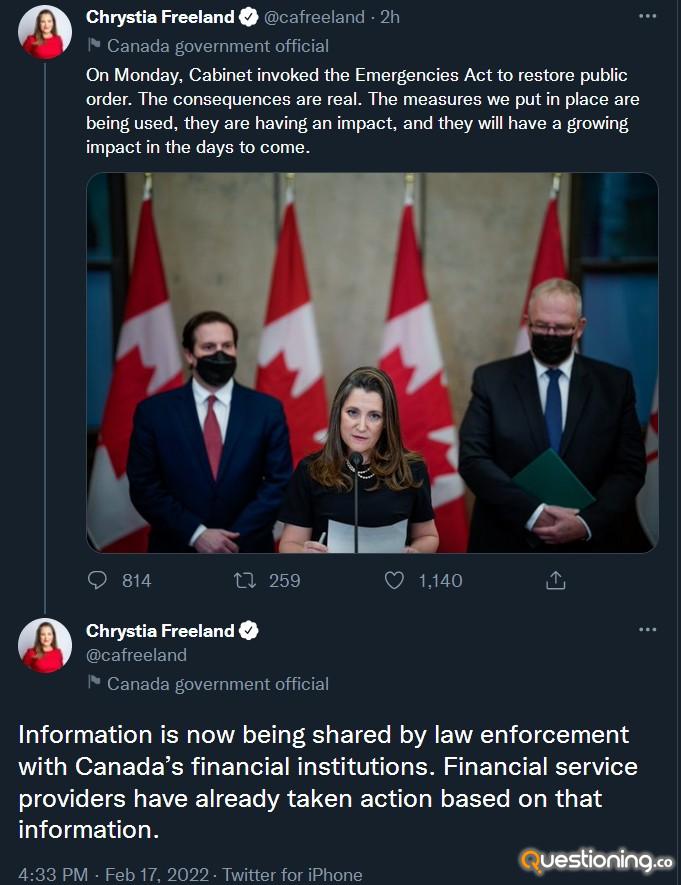 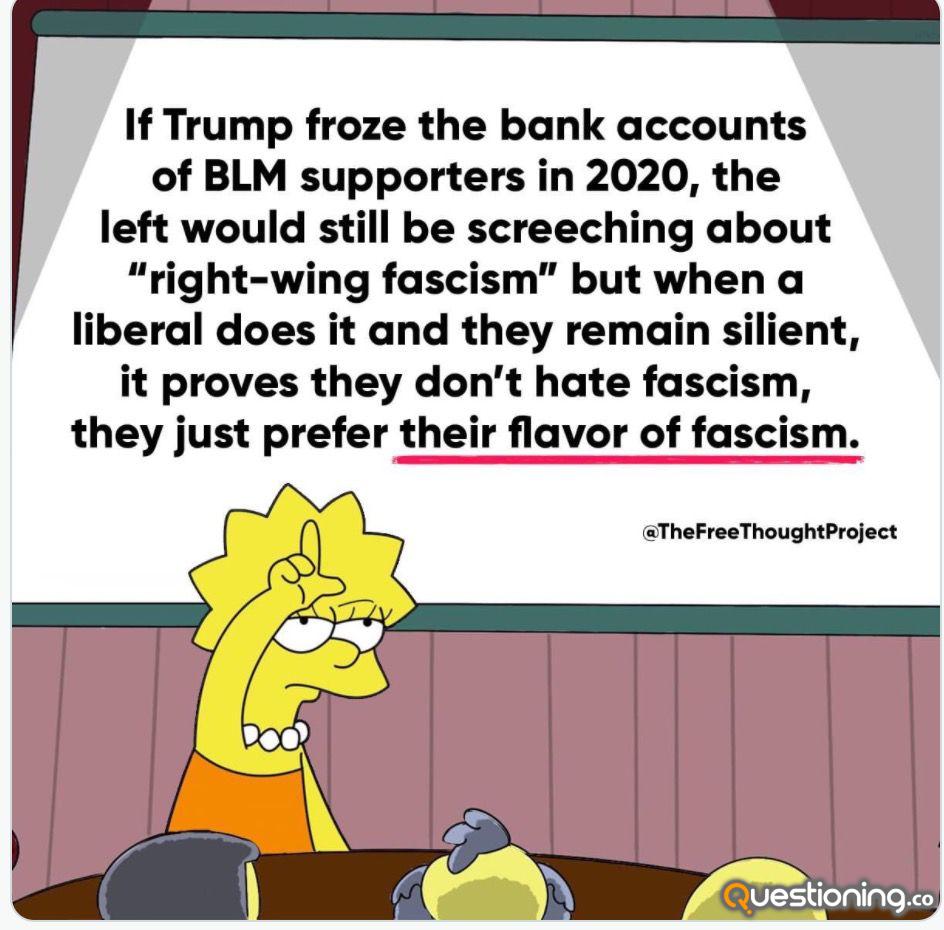 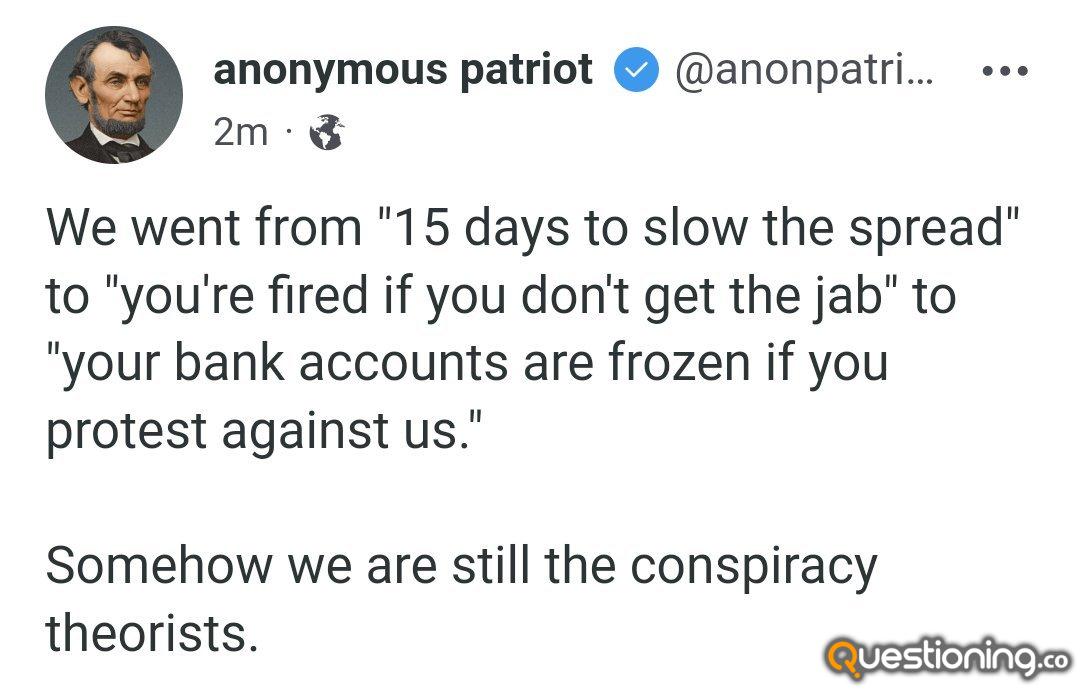 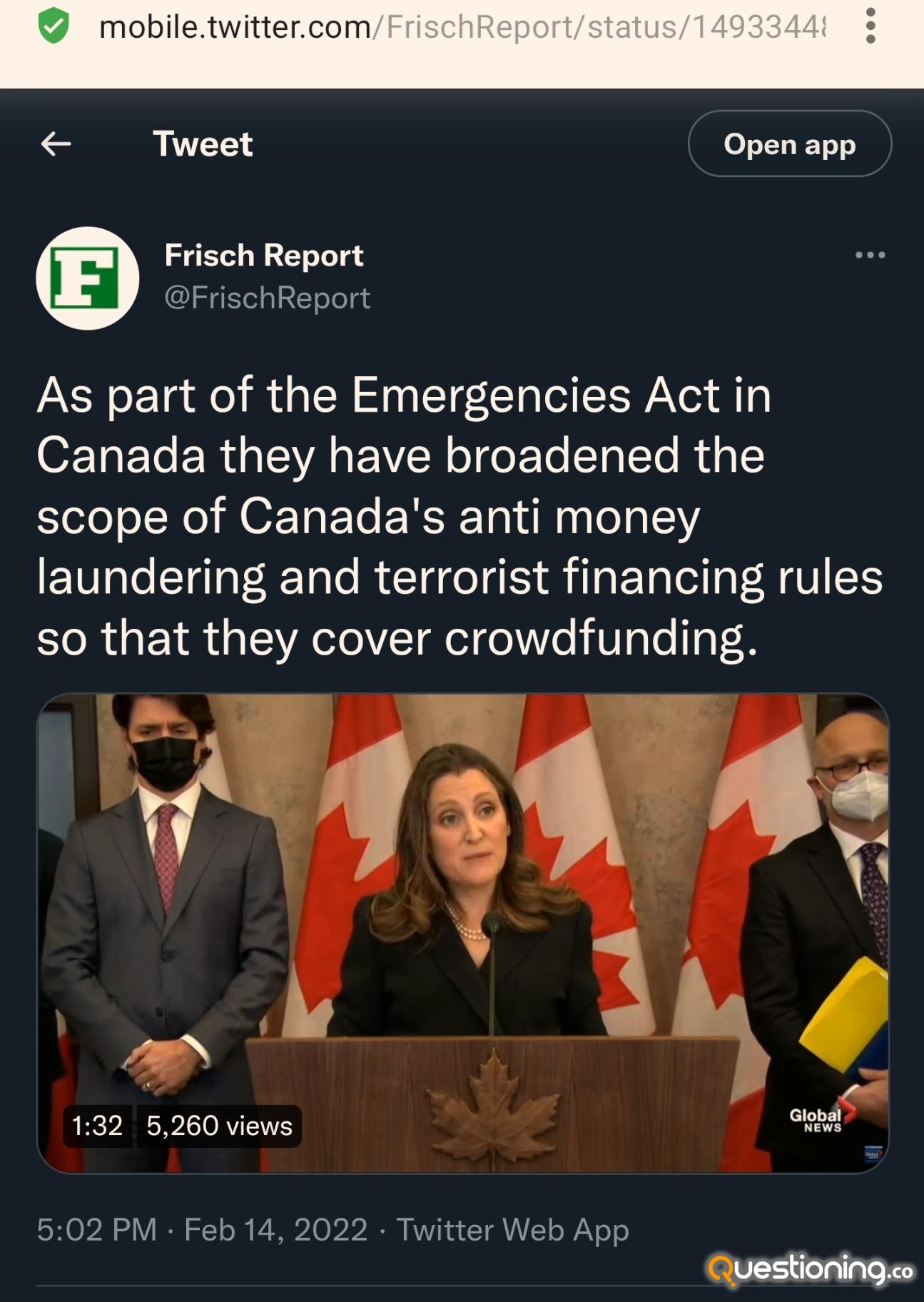 Why Is This Canadian Foreign Minister (Chrystia Freeland) ‘Proud’ of Her Family’s Nazi Past?

When asked at a press conference on March 6 about the allegations that her maternal grandfather was a Nazi collaborator, Chrystia Freeland, newly appointed Foreign Minister of Canada, former journalist and a writer, a master of words, found only clumsy sentences to deliver what would have earned no more than a ‘C’ in a high school debate class.

“It’s no secret that Russians do not like you and banned you from the country,” began the question. “Recently, there has been a series of articles in pro-Russian websites about you and your maternal grandparents, making accusations that [your grandfather] was a Nazi collaborator. I’d like to get your view—is this a disinformation campaign by the Russians to try to smear you and discredit you, which they have a tendency to do?”

With a poorly-camouflaged expression of pain on her face, Freeland replied:

“It’s public knowledge that there have been efforts—as U.S. intelligence sources have said—by Russia to destabilize the U.S. political system. I think that Canadians and indeed other Western countries should be prepared for similar efforts to be directed at us. I am confident in our country’s democracy and I am confident that we can stand up to and see through those efforts.”

“I don’t think it’s a secret,” she continued, “American officials have publicly said—and even [German Chancellor] Angela Merkel has publicly said—that there were efforts on the Russian side to destabilize Western democracies, and I think it shouldn’t come as a surprise if these same efforts were used against Canada. I think that Canadians and indeed other Western countries should be prepared for similar efforts to be directed at them.”

What? Angela Merkel? Was her grandfather a Nazi collaborator or wasn’t he? Freeland dodged the question.

As The Globe and Mail reported, when asked to refute the allegation, her office responded: “People should be questioning where this information comes from, and the motivations behind it.”