Chemical giants DuPont and Daikin knew the dangers of a PFAS compound widely used in food packaging since 2010, but hid them from the public and the Food and Drug Administration (FDA), company studies obtained by the Guardian reveal.

The chemicals, called 6:2 FTOH, are now linked to a range of serious health issues, and Americans are still being exposed to them in greaseproof pizza boxes, carryout containers, fast-food wrappers, and paperboard packaging.

The companies initially told the FDA that the compounds were safer and less likely to accumulate in humans than older types of PFAS, also known as “forever chemicals” and submitted internal studies to support that claim.

But Daikin withheld a 2009 study that indicated toxicity to lab rats’ livers and kidneys, while DuPont in 2012 did not alert the FDA or public to new internal data that indicated that the chemical stays in animals’ bodies for much longer than initially thought.

Had the FDA seen the data, it is unlikely that it would have approved 6:2 FTOH, said Maricel Maffini, an independent researcher who studies PFAS in food packaging. And though Daikin may have broken the law, it and DuPont, which has previously been caught hiding studies that suggest toxicity in PFAS, are not facing any repercussions.

“Those things shouldn’t happen, and if they do then there should be consequences, but oversight is lax,” Maffini said.

In 2020, the FDA reached agreements with some major PFAS manufacturers to voluntarily stop using 6:2 FTOH compounds in food packaging within five years. But documents show that the FDA first became aware of DuPont’s hidden study in 2015, and public health advocates say a 10-year timeline to reassess and remove the chemical is unacceptable.

Moreover, the FDA phase-out only applies to 6:2 FTOH compounds, and does not include other similar “short chain” PFAS, raising questions about whether the agency is fully protecting the public from the class of potentially toxic chemicals.

“I think people need to be able to rely on the FDA to turn science at the agency into real action, and right now that doesn’t seem to be the case,” said Tom Neltner, chemicals policy director with the Environmental Defense Fund. He and Maffini obtained the companies’ studies and related documents from Daikin’s website and the FDA through Freedom of Information Act requests.

The 6:2 FTOH compound is part of a newer generation of “short chain” PFAS that were designed to replace older and supposedly more harmful “long chain” PFAS. The industry claims that short chain compounds are uniformly safe and “practically non-toxic”. However, independent researchers like Erika Schreder, science director for Toxic Free Future, have found that PFAS, regardless of chain length, accumulate in the environment and humans, and are toxic.

“The fact that we continue to uncover evidence that the current-use PFAS have similar toxicity to the [long chain] compounds that have been phased out makes a strong argument for regulating harmful chemicals like PFAS as a class,” Schreder said.

In a statement to the Guardian, an FDA spokesperson defended the agency’s handling of 6:2 FTOH, noting that the studies “do not demonstrate an imminent health hazard” and more studies were needed to draw concrete conclusions about its safety, and that of other short chain PFAS.

Daikin and Chemours, a company that in 2015 was spun off from DuPont’s PFAS division, did not respond to requests for comment.

Industry reports and communications among the FDA and PFAS producers between 2008 and 2020 show how a sequence of inadequate chemical safety analyses, hidden studies and lax oversight created a scenario in which Americans continue to be exposed to the dangerous compound in food packaging.

The 2008 6:2 FTOH studies that DuPont submitted to the FDA monitored the impact of high exposure levels to the chemical on two generations of lab rats. The animals suffered kidney failure, liver damage, mammary gland problems, mottled teeth and other issues. However, DuPont and the FDA felt that humans’ exposure would be much lower and, with little supporting evidence, believed that the short chain PFAS would not accumulate in human bodies, Maffini said.

She called such studies on PFAS “inaccurate and inappropriate” because the chemicals are toxic at “extremely low levels” and are known to accumulate in animals’ bodies.

The Michigan Department of Health and Human Services (MDHHS) is covering up state data to show the extent of devastation from Democratic Gov. Gretchen Whitmer’s repeated orders last year which forced COVID-stricken patients into nursing homes.

Whitmer signed an executive order on April 15 demanding long-term care facilities “must not prohibit admission or readmission of a resident based on COVID-19 testing requirements or results,” and renewed the policy several times until it was rescinded in September. New York Gov. Andrew Cuomo passed similar orders last year and engaged in a cover-up which has left the governor in the fight for his political life against calls for impeachment.

Whitmer, who now faces potential criminal charges of her own, appears to be engaging in a cover-up as her administration heads to court to keep state death data on nursing homes hidden from public view.

On Tuesday, the Mackinac Center Legal Foundation filed a lawsuit on behalf of Michigan Pulitzer Prize-winning investigative journalist Charlie LeDuff to force the MDHHS to comply with a Freedom of Information Act request to release data on nursing homes.

“Given the recent nursing home policy failures in other states, the need for transparency has become even more critical,” Holly Wetzel, a spokeswoman for the Mackinac Center told The Federalist. “We are disappointed in the consistent lack of transparency demonstrated by the governor’s administration and hope that both MDHHS and Gov. Whitmer bring clarity by voluntarily providing the information we are seeking.”

LeDuff, according to the complaint, first requested aggregate data on Michigan’s death count in late January, which was promptly denied an hour later by state officials claiming a violation of privacy laws. After a back-and-forth with the public health department, LeDuff simplified his request to include merely the age of those who died from COVID, the dates of their death, the date their death was added to the statewide toll, and whether the deceased were infected at a long-term care facility.

The state again denied the request on privacy grounds, although anyone may still go online to request individual death certificates for a $34 fee which includes far more information.

The Michigan public health department said it did not discuss ongoing litigation when reached for comment.

Nearly 17,000 people have died from the novel Wuhan coronavirus in Michigan as of this writing. It remains unclear how many deaths were a consequence of Whitmer’s nursing home policy replicated by Democratic governors in New York, California, Pennsylvania, and New Jersey.

A News 4 investigation has found that St. Louis Circuit Attorney Kim Gardner has been flying all around the country and the globe with organizations who want to reform the criminal justice system.

However, it appears she has violated the law, by not reporting the trips.

Sources tell News 4 Gardner is a frequent flyer. At times during her tenure as prosecutor, sources say, she has often been gone from her office a couple of times every month, jetting around on someone else’s dime. 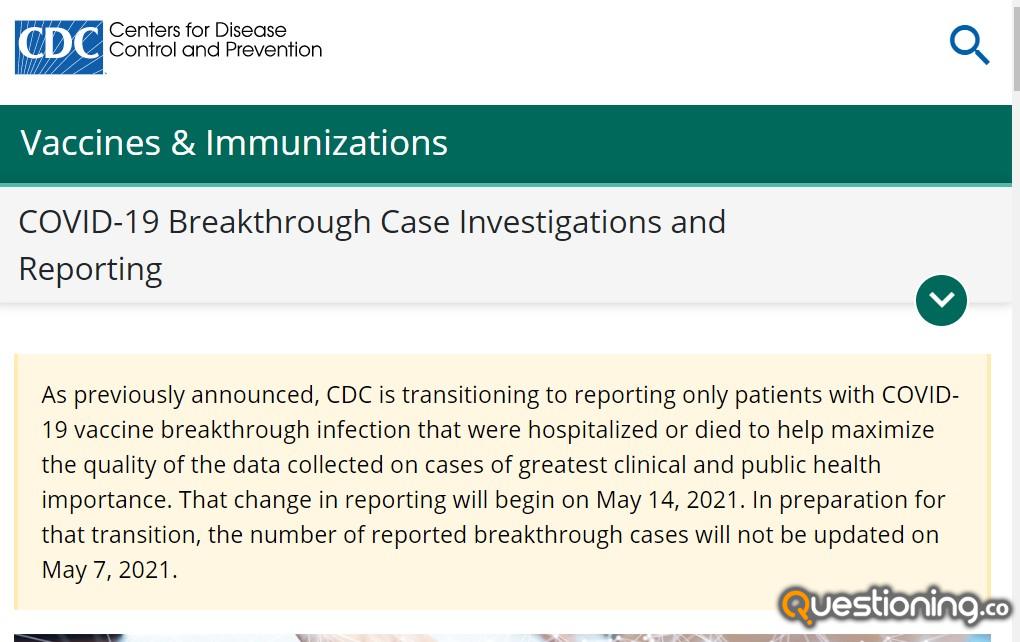 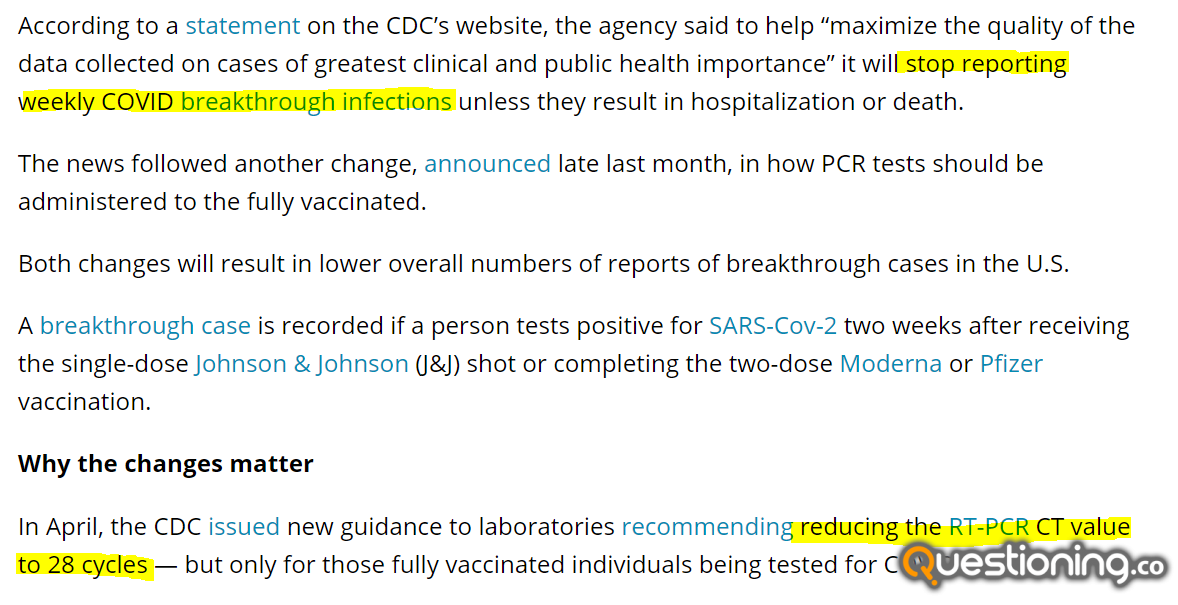 As more reports surface of breakthrough COVID cases, in and outside the U.S., the Centers for Disease Control and Prevention (CDC) today said it will change how breakthrough cases are reported, effective May 14.

According to a statement on the CDC’s website, the agency said to help “maximize the quality of the data collected on cases of greatest clinical and public health importance” it will stop reporting weekly COVID breakthrough infections unless they result in hospitalization or death.

The news followed another change, announced late last month, in how PCR tests should be administered to the fully vaccinated.

Both changes will result in lower overall numbers of reports of breakthrough cases in the U.S.

A breakthrough case is recorded if a person tests positive for SARS-Cov-2 two weeks after receiving the single-dose Johnson & Johnson (J&J) shot or completing the two-dose Moderna or Pfizer vaccination.

In April, the CDC issued new guidance to laboratories recommending reducing the RT-PCR CT value to 28 cycles — but only for those fully vaccinated individuals being tested for COVID. 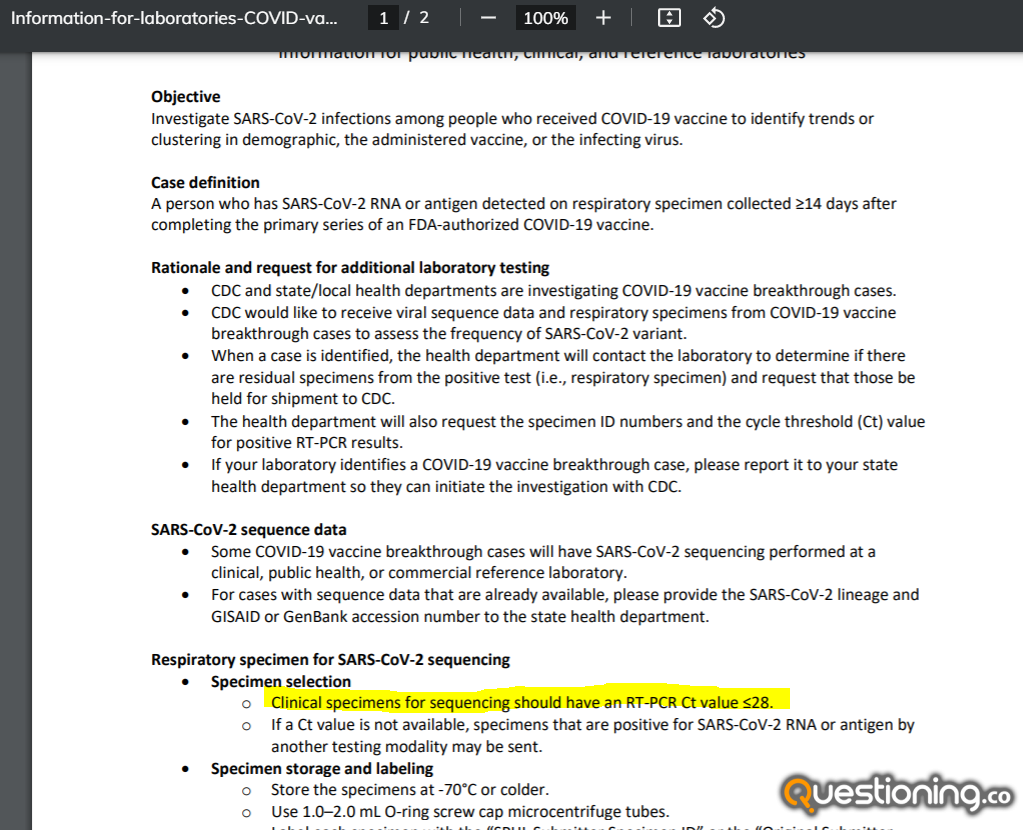 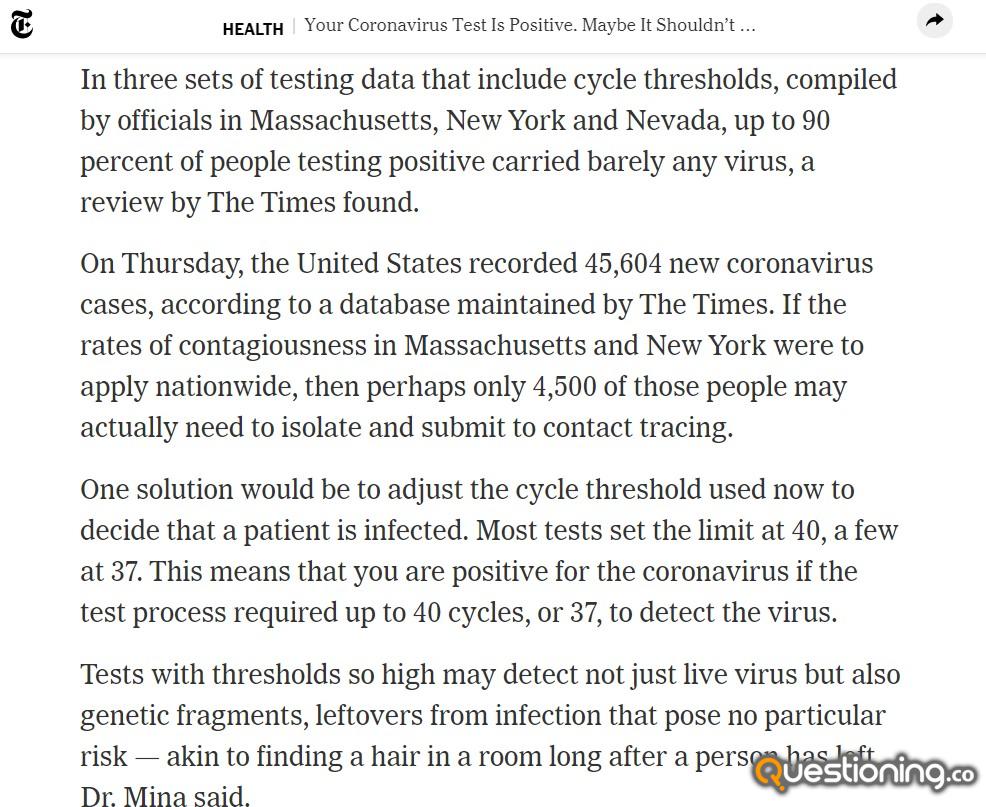