And after he became President, Trump signed 2 executive orders in 2017 to unleash the Justice dept. on child traffickers and pedophiles and take their property. Arrests for these crimes have skyrocketed since.

Trump then signed the Fight Online Sex Trafficking Act (FOSTA) in 2018, a bill which clarifies the country’s sex trafficking law to make it illegal to knowingly assist, facilitate, or support sex trafficking, and amend the Section 230 safe harbors of the Communications Decency Act (which make online services immune from civil liability for the actions of their users) to exclude enforcement of federal or state sex trafficking laws from its immunity.

And Trump signed another EO in Jan.: Combating Human Trafficking and Online Child Exploitation in the United States

Since President Trump took office in January 2017, there have been 12,470 arrests for human trafficking, according to arrest records compiled by investigative journalist Corey Lynn, and over 9130 victims rescued. These numbers are a year old.

Here’s an ongoing list of arrests, every arrest or operation is sourced.

The most arrested in one event is 2,300 suspects in Operation Broken Heart.

The arrests of Epstein, Maxwell, Raneire, Mack and Bronfman (NXVIUM), Wienstein were federal sealed indictments that we would have never seen if Trump was not elected. The FBI also raided Peter Nygard’s AKA “the Canadian Epstein” offices in NY.

The evidence is overwhelming that Trump is taking pedophiles and child traffickers down, not protecting them like the MSM and past administrations.

Epstein victim Virginia Roberts Giuffre confirmed in unsealed court documents last year that she never saw Trump at the Island, or at Epstein’s home, or with Epstein, and didn’t witness Trump involved with any of the girls groomed by Epstein.

Trump 2015: “That island was really a cesspool, no question about it, just ask Prince Andrew, he’ll tell you about it – the island was an absolute cesspool and he’s been there many times,” said Trump.

Trump at CPAC 2015 on Bill Clinton: “He’s got lot of problems coming up with the famous island, with Jeffrey Epstein”

Trump was the only high profile person to help out a victim of Epstein: 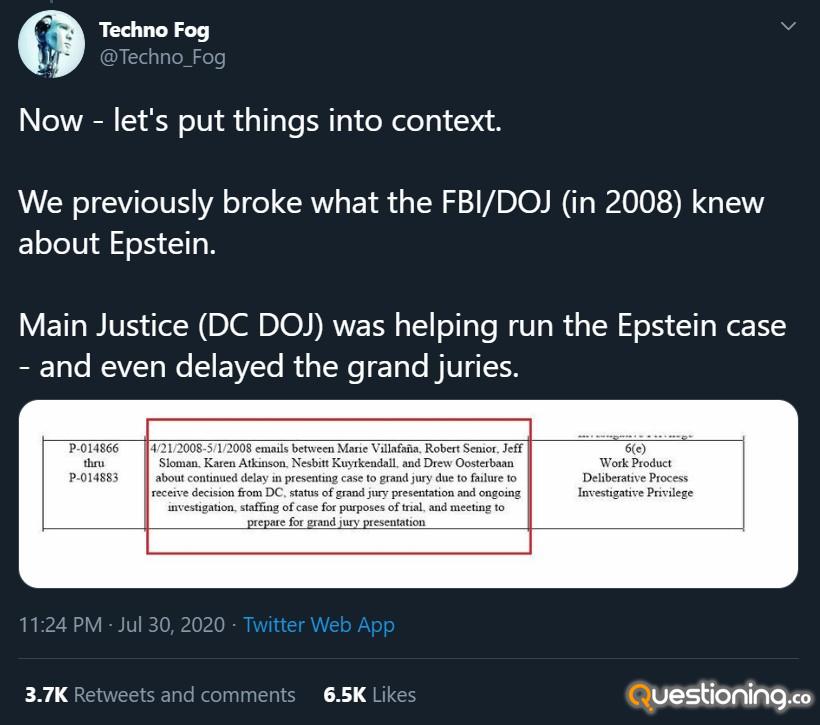 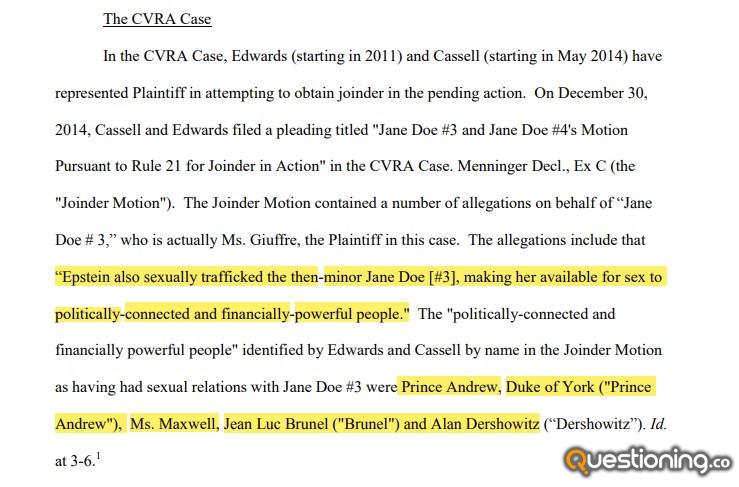 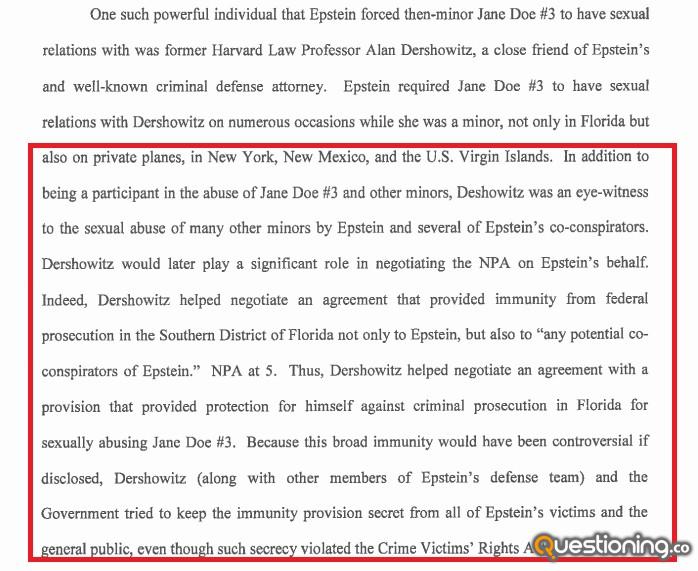 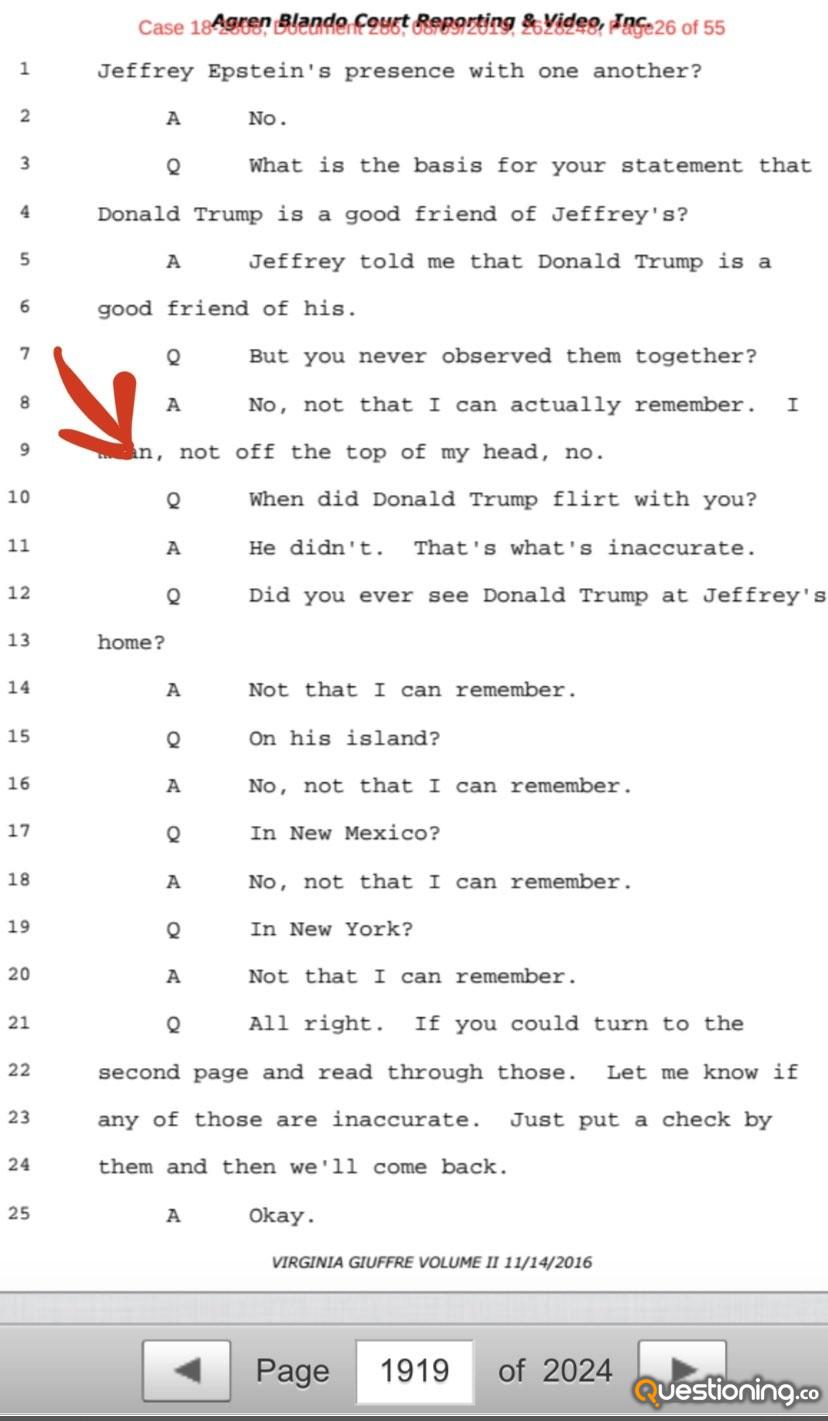 ABC News Amy Robach says they had all this info before, on Clinton, on everybody but couldn’t show it:

#EpsteinFiles are out but questions still remain…

In September 2015 Virginia Roberts Giuffre (VRG) sued Ghislaine Maxwell for defamation in New York federal court. The documents unsealed today by Judge Preska are those that were filed under seal in that case in 2015.

There is overlap with older released documents, so some of this may not be new. More will be released Monday.

The source documents are here. The link may be down at times.

I am finding that all of the so called compilation PDFs, ZIPs, and dumps are incomplete or parts of the old Epstein docs of 2019. Exhibit 15 always seems to be missing, which implicates Bill Clinton and Prince Andrew. Only go to the source for the complete unsealed documents.

There is some confusion about what documents are old and what is newly unsealed, which may be deliberate attempts to muddy the waters.