END_OF_DOCUMENT_TOKEN_TO_BE_REPLACED

Effects of lenient liberal sentencing and bail policies: Man charged with third-degree assault as a hate crime, aggravated harassment, endangering the welfare of a child, menacing and resisting arrest was released, then raped and choked a 64 year old woman who is now in a coma

Harris allegedly spit on and hit a mother, and threatened to kill her as her terrified kids, 5, and 3, watched in horror.

He then slugged a man in the face and spit on a second man, as he barked, “Puerto Rican f——t,” a complaint alleges.

He was arraigned two days later on 16 charges, including third-degree assault as a hate crime, aggravated harassment, endangering the welfare of a child, menacing and resisting arrest.

Judge Hilary Gingold released him without bail and ordered him to participate in another supervised release program. A spokesman for the Brooklyn DA’s office said none of the charges qualify for bail under the new bail reform laws.

Frankie Harris, 38, then allegedly put a 64-year-old woman in a chokehold for three minutes, pulled her to the ground and raped her May 18

NY Mayor’s Office: There are ZERO confirmed cases of coronavirus in New York City, and hundreds of Chinese restaurants that need your business! There is nothing to fear. Stop by any Chinatown for lunch or dinner! 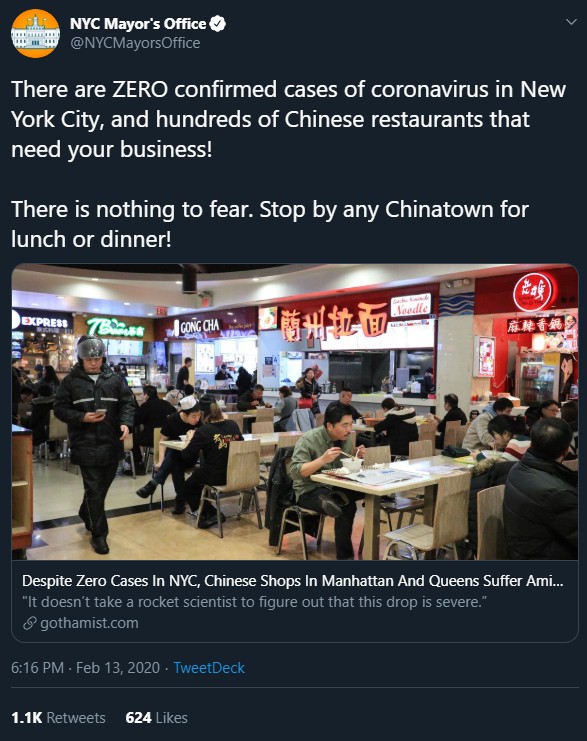