NFL owners want more ‘minority representation’ in coaches. When blacks are already over represented in players and coaches compared to their share of the US population

During his state of the league address three months ago at Super Bowl LIV in Miami, Commissioner Roger Goodell acknowledged a need to increase the opportunities for minorities to become head coaches and general managers.

“Clearly we are not where we want to be on this level,” he said. “It’s clear we need to change. We have already begun discussing those changes, what stages we can take next to determine better outcomes.”

The data in the chart above, collected by  The Institute for Diversity and Ethics in Sport (TIDES), shows that while 70% of NFL players are black, only 9% of managers in the league office are (that’s vs. 13% of Americans overall). 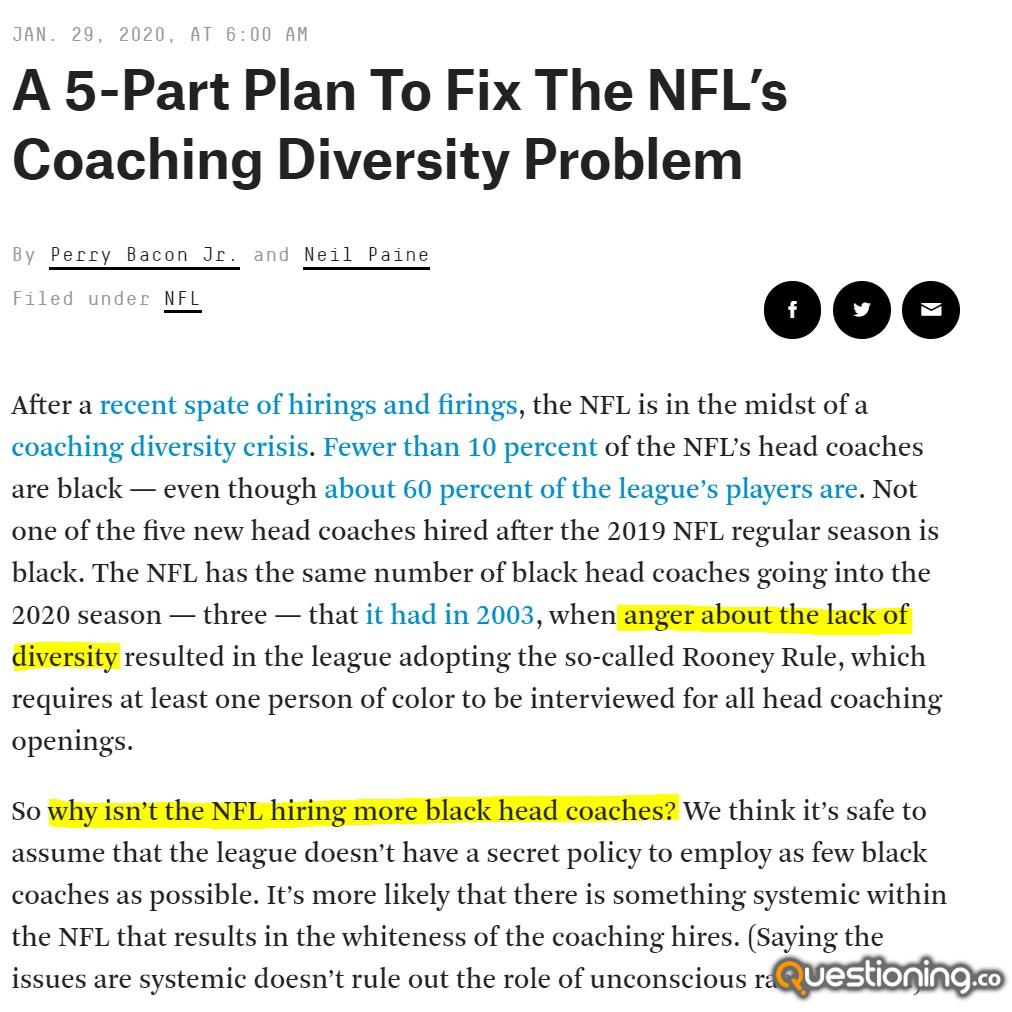 Now that is systemic racism against whites. 60% of players are black – when blacks are only 13% of the country = OK. But white coaches being over represented is not ok for some reason.