British police have arrested two teenagers after they posted a photo on Snapchat in which they re-enact the death of George Floyd. The two young men are seen grinning as one kneels on the neck of the other, in an apparent mockery of Floyd’s suffocation by a police officer. The post is accompanied by the words ‘Police Brutality’.

There’s no disputing that the image is gross and stupid. However, the arrest of the two men is more concerning than their misguided social-media post.

A police statement confirmed that the post is being treated as a hate crime, and that the individuals had been arrested ‘on suspicion of sending communications causing anxiety and distress’.

British police officer confronts a group of migrants ignoring lockdown rules. They steal his bicycle and start mocking him “look, he’s about to cry!”

This is the same police force that goes out of their way to visit and arrest people tweeting “mean things”. 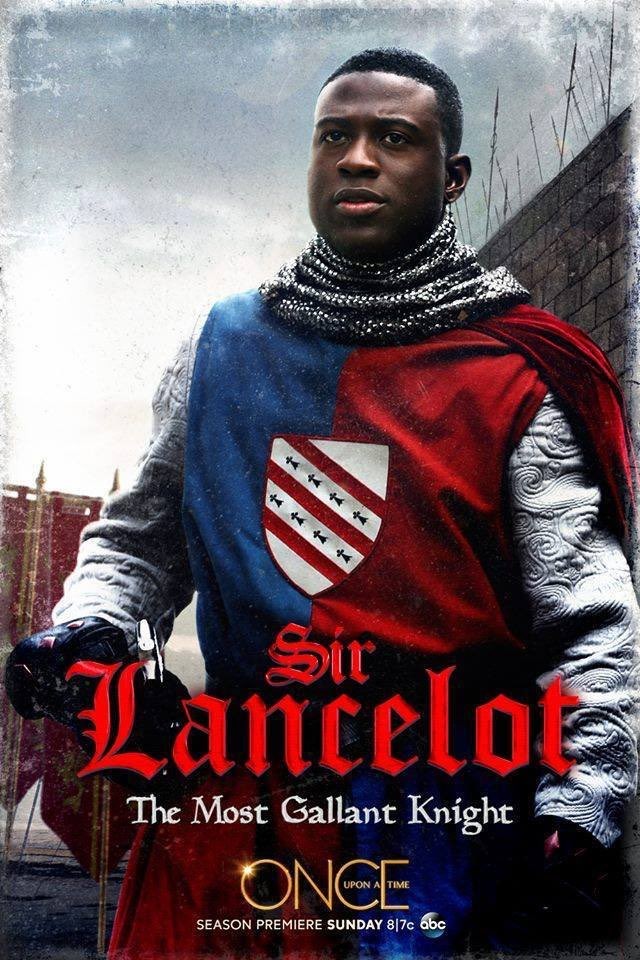 Police in the UK seem to have been serving young girls on a silver platter to the Pakistani grooming (rape) gangs. Here is an example where they arrested an 11 y old girl but didn’t arrest the gang

Official figures showed that that 117 white people were arrested on suspicion of terror offences in 2019, compared with 111 Asian suspects and 21 black suspects. When looked at per-capita, considering how “Asian” people make up just 7% of the population, they are MUCH more dangerous. And yet the government says white people are dangerous.

This means that out of 4.3 million Asians, 111 were arrested. Compared to 117 whites out of a population of 55 million.

Showing us that “Asians” are 10+ TIMES MORE DANGEROUS.

But the title they use: More white people arrested over terrorism than any other ethnic group for second year in a row

Abdulla, who has two previous convictions for race-hate attacks on white females, escaped jail and was instead handed an eight month sentence, suspended for 18 months, with rehabilitation and mental health treatment requirements.

10% of around 800 live terror investigations were linked to right-wing extremism. far-right terrorism had gone from 6% of the caseload two years ago to 10% today. The biggest threat still came from jihadists 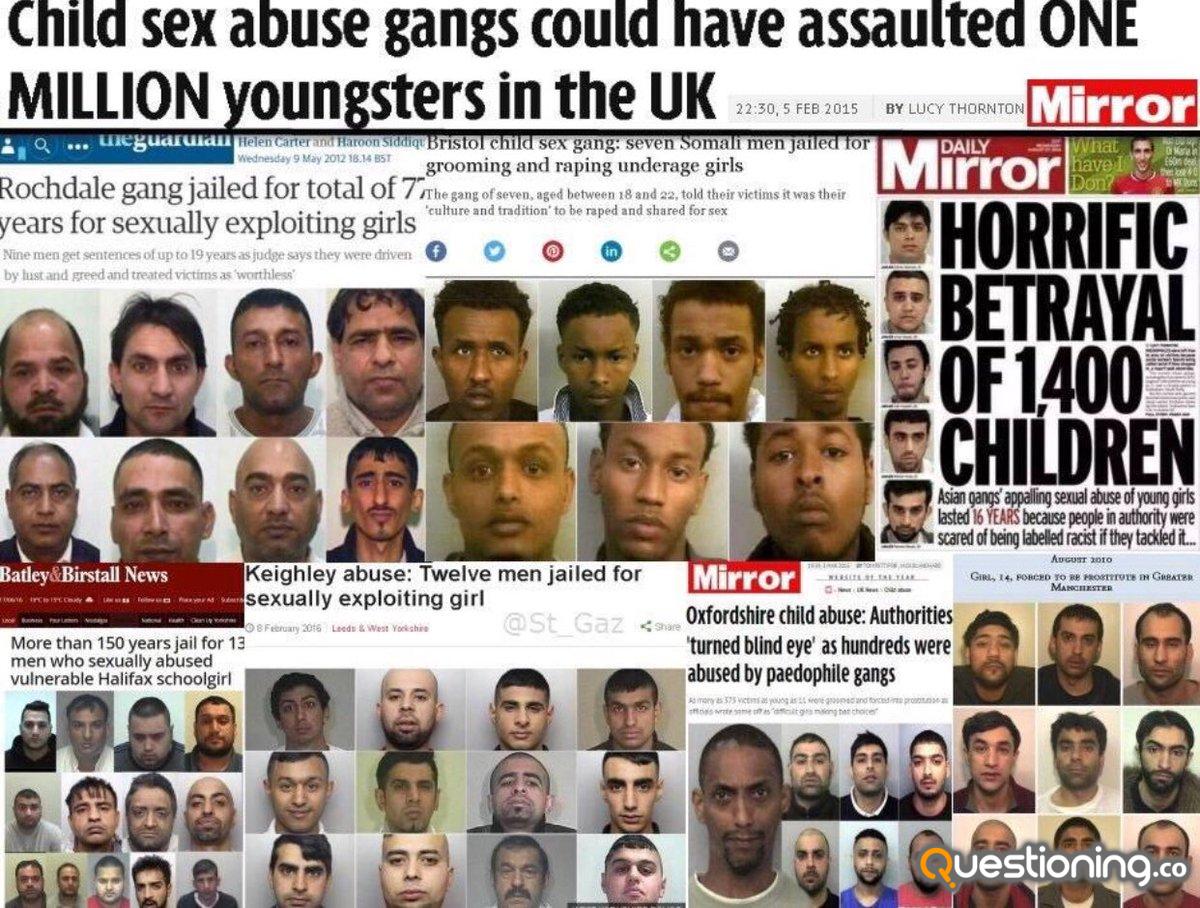 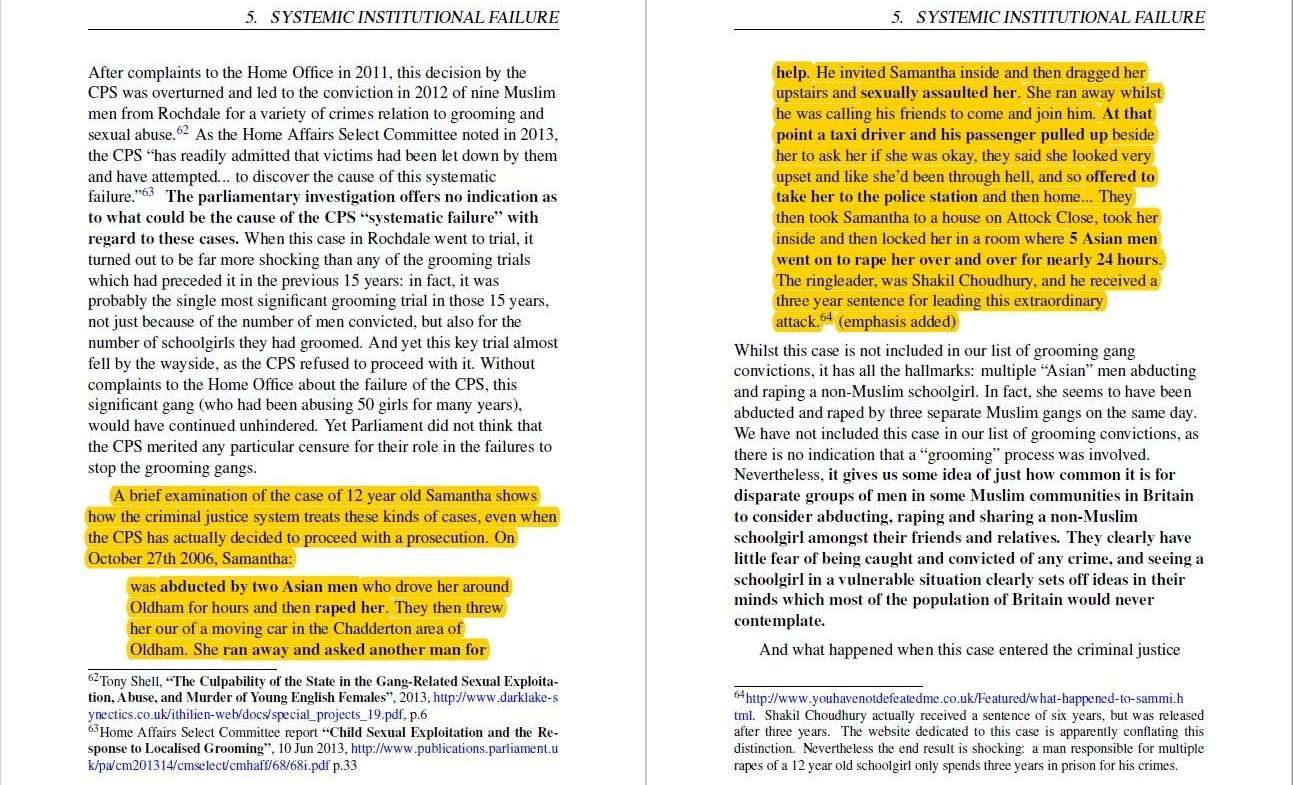 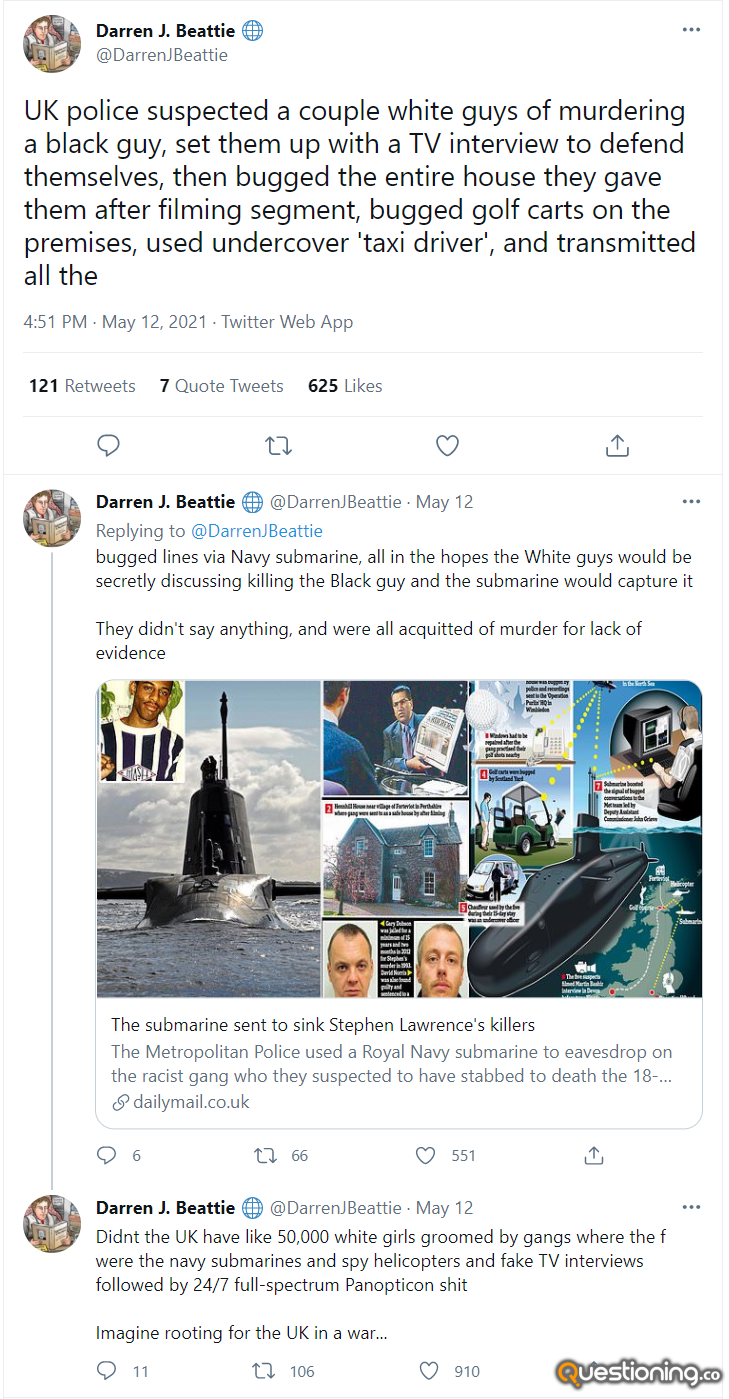 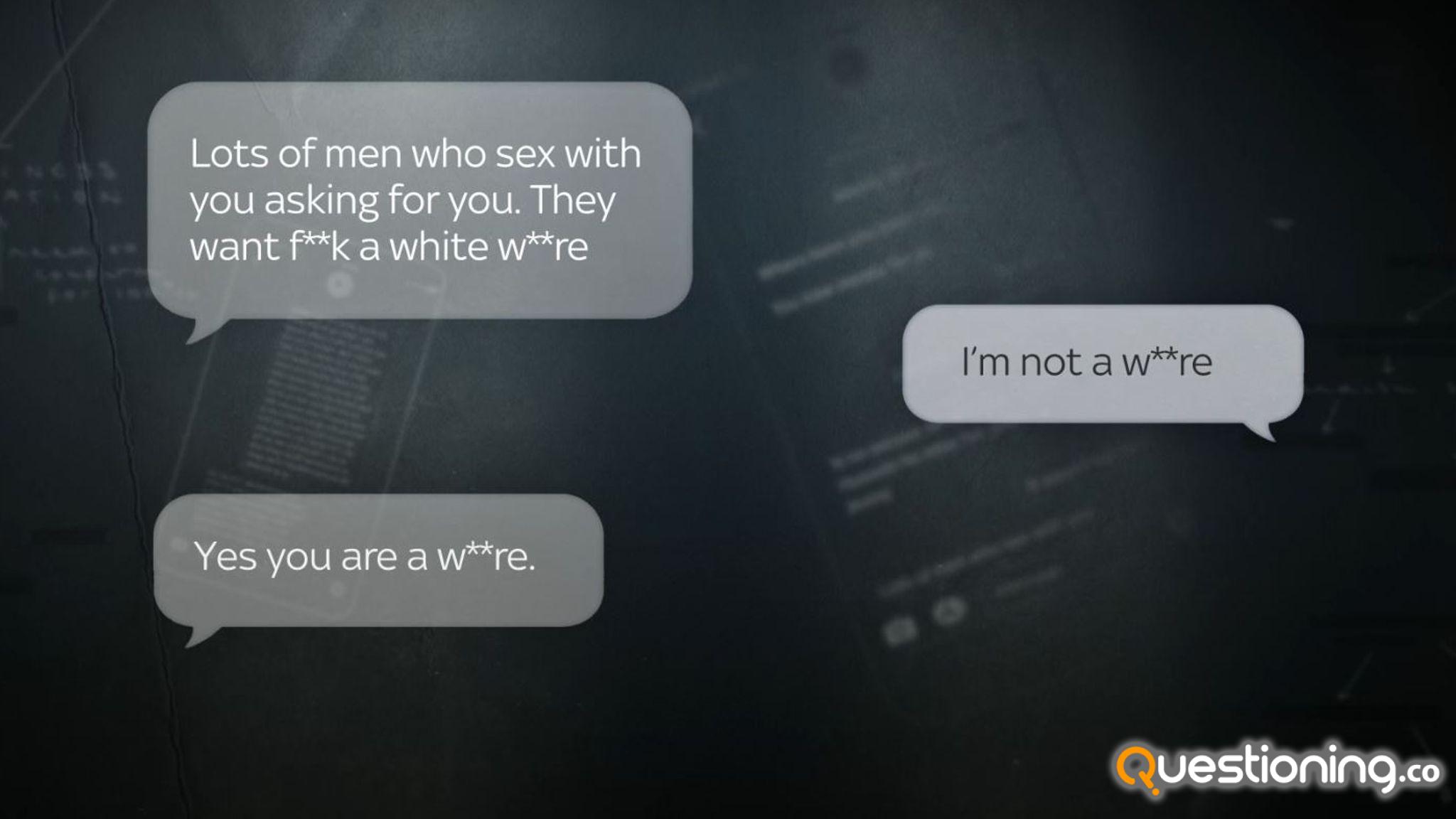 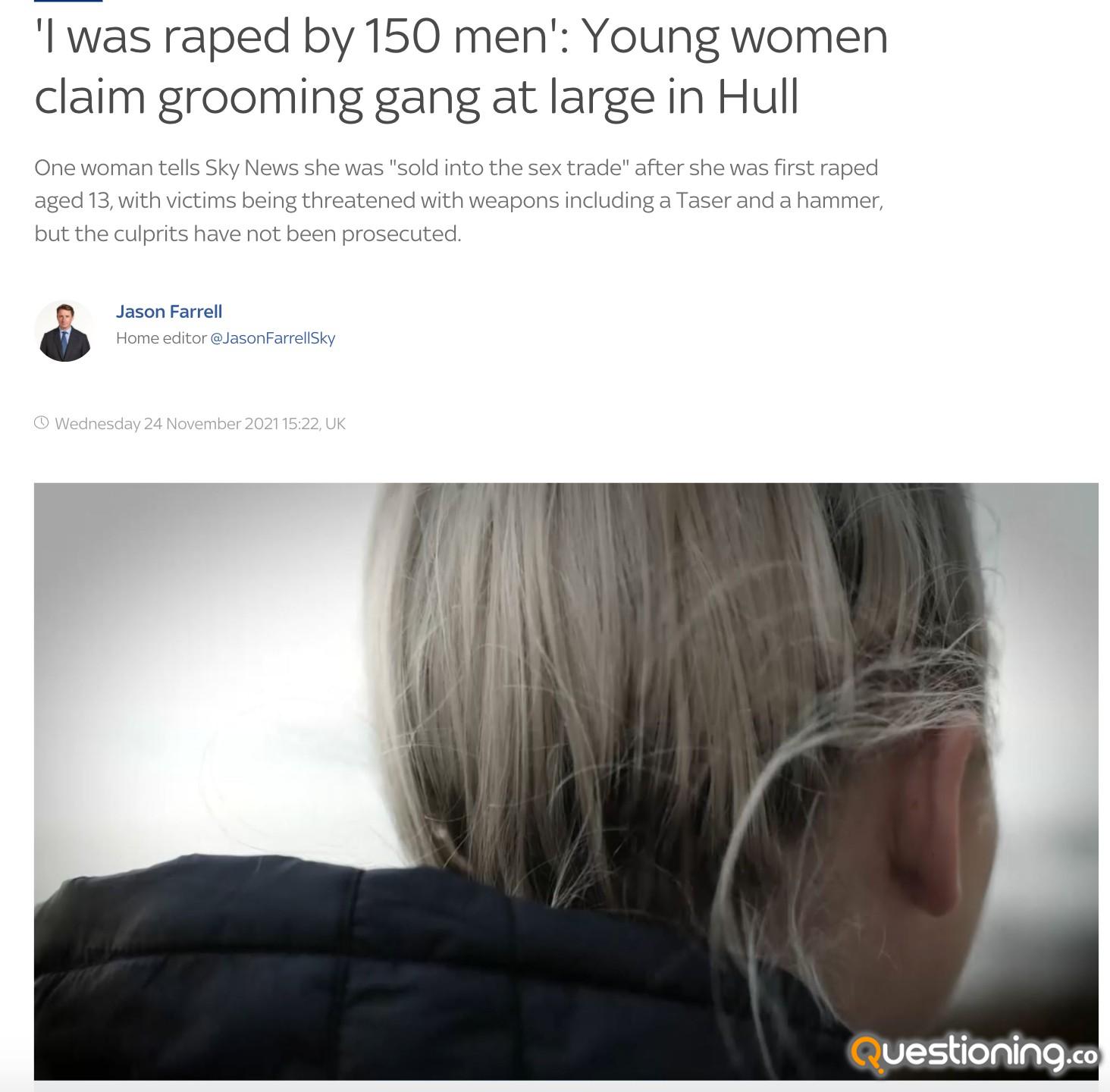 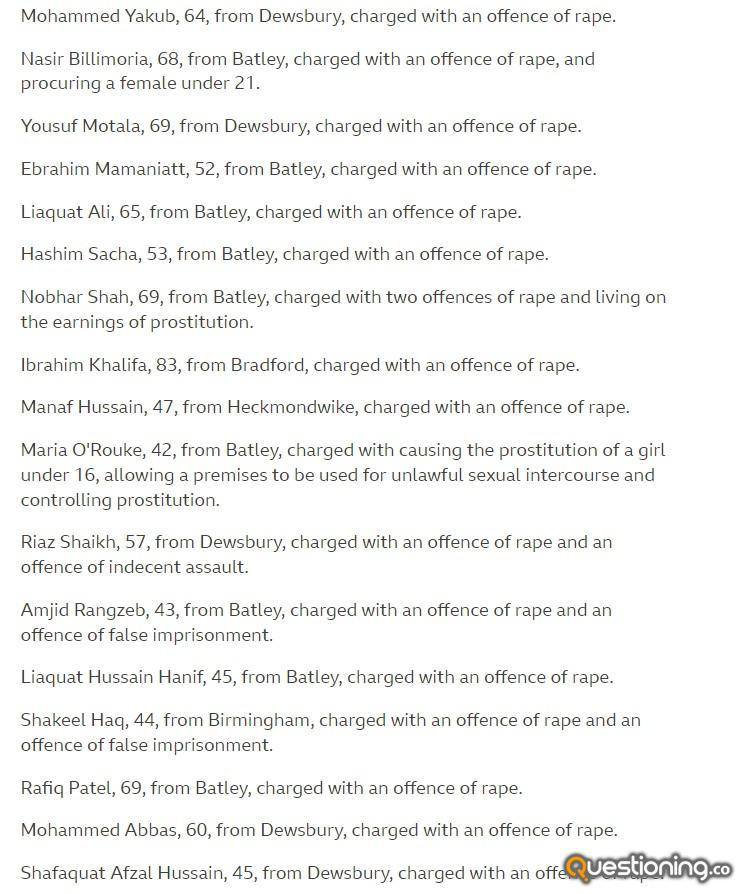 Yes, Britain has become a nation in which offensive speech can become a police matter. Where, in April this year, a 19-year-old woman was convicted of sending a “grossly offensive” message after she posted rap lyrics that included the N-word on her Instagram page. Where, also in April, a Scottish shitposter was found guilty of a hate crime for teaching a pug to do a Nazi salute and posting the footage on YouTube. Where in recent years individuals have been arrested and in some cases imprisoned for making racist comments or just cracking tasteless jokes on Twitter.

Even more perversely, these non-crimes really just mean “insulting comments.” So if you’re in Yorkshire and someone on Facebook calls you a fat slob, call the cops. If you wear a niqab and a work colleague tells you—a la Boris Johnson—that you look a little bit like a mailbox, phone the police.

Two men have been arrested after “disgusting” racist stickers claiming to link migration with the coronavirus pandemic were posted in Sheffield. The stickers bear the logo of the far-right Hundred-Handers group and read: “Open border, virus disorder” and “Pubs closed, borders open”.

A man in the UK has been arrested on charges of inciting racial hatred on social media, after he tweeted about asking a Muslim woman to “explain” the terror attacks in Brussels.

Arrested for this tweet: “So a bin lorry has apparently driven in 100 people in Glasgow eh, probably the most trash it’s picked up in one day.”

Kate Scottow was found guilty of persistently making use of a public communications network to cause annoyance/inconvenience and anxiety to Hayden.

Woods was charged by British police under section 127 of the U.K. Communications Act 2003, which found that his message was “grossly offensive” or “of an indecent, obscene or menacing character.” He was arrested “for his own safety,”

Police in Kent have arrested a man after a picture of burning poppy was posted on a social networking site.

Benjamin Flatters, of Lincoln, was arrested last night after complaints were made to Lincolnshire Police about comments made on Facebook, which were allegedly of a racist or anti-religious nature. He was charged with an offence of malicious communications this afternoon in relation to the comments, a Lincolnshire Police spokesman said.