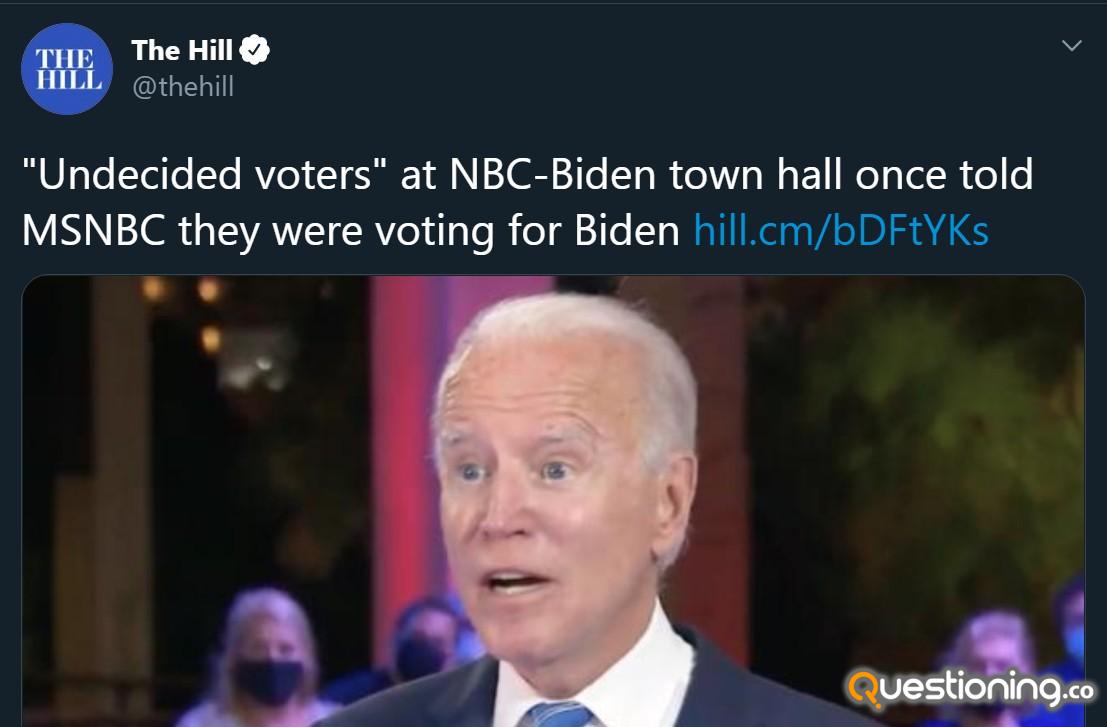 An NBC town hall with Joe Biden billed as consisting only of “an audience of undecided Florida voters” included two Cuban American voters who told MSNBC in August they were voting for the former vice president, according to a Tuesday report in the Washington Free Beacon.

“Welcome to tonight’s town hall, where we are surrounded by dozens of undecided voters and where Democratic candidate Joe Biden will answer our questions and make his case tonight,” moderator Lester Holt told viewers at the top of the broadcast on Monday night.

One question at the event came from attorney Peter Gonzalez. Six weeks ago, Gonzalez told MSNBC on Aug. 23 that “if we get four more years of Trump, good luck, and good luck with the future attracting younger voters.”

An MSNBC on-screen graphic read “Voting for Biden” underneath Gonzalez as he spoke.