7% of U.S. Muslims (about 240,000 people) and a global median of 8% of Muslims (about 144 MILLION) think that suicide bombings and other violence against civilian targets are sometimes justified. 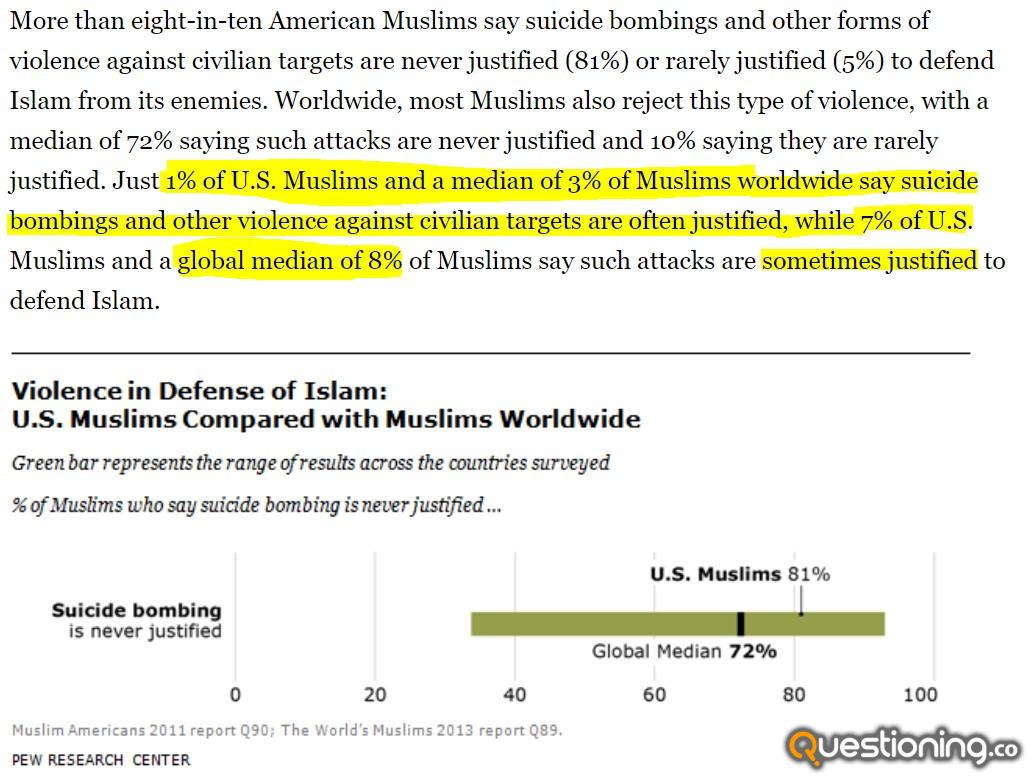 More than eight-in-ten American Muslims say suicide bombings and other forms of violence against civilian targets are never justified (81%) or rarely justified (5%) to defend Islam from its enemies. Worldwide, most Muslims also reject this type of violence, with a median of 72% saying such attacks are never justified and 10% saying they are rarely justified. Just 1% of U.S. Muslims and a median of 3% of Muslims worldwide say suicide bombings and other violence against civilian targets are often justified, while 7% of U.S. Muslims and a global median of 8% of Muslims say such attacks are sometimes justified to defend Islam.