Consequences of US and European intervention in Ukraine manifesting from Euromaidan starting in 2014. 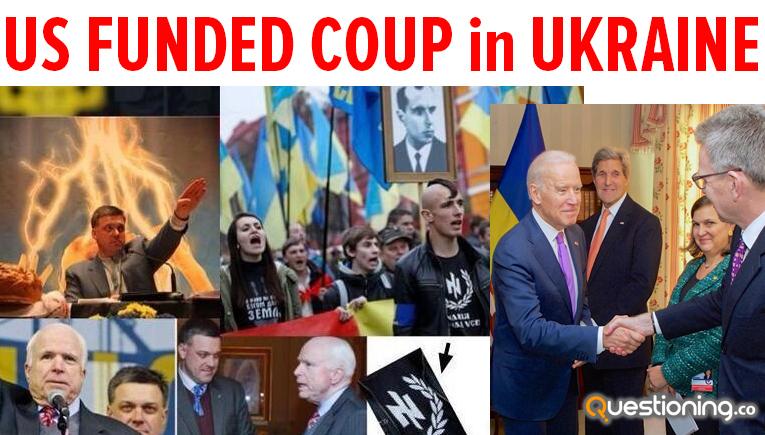 US Behind Ukraine coup (in 2004):  Activists of the Orange Revolution were funded and trained in tactics of political organisation and nonviolent resistance by Western pollsters and professional consultants who were partly funded by Western government and non-government agencies but received most of their funding from domestic sources. According to The Guardian, the foreign donors included the U.S. State Department and USAID along with the National Democratic Institute for International Affairs, the International Republican Institute, the NGO Freedom House and George Soros’s Open Society Institute. The National Endowment for Democracy has supported democracy-building efforts in Ukraine since 1988. http://en.wikipedia.org/wiki/Ukraine#Orange_Revolution 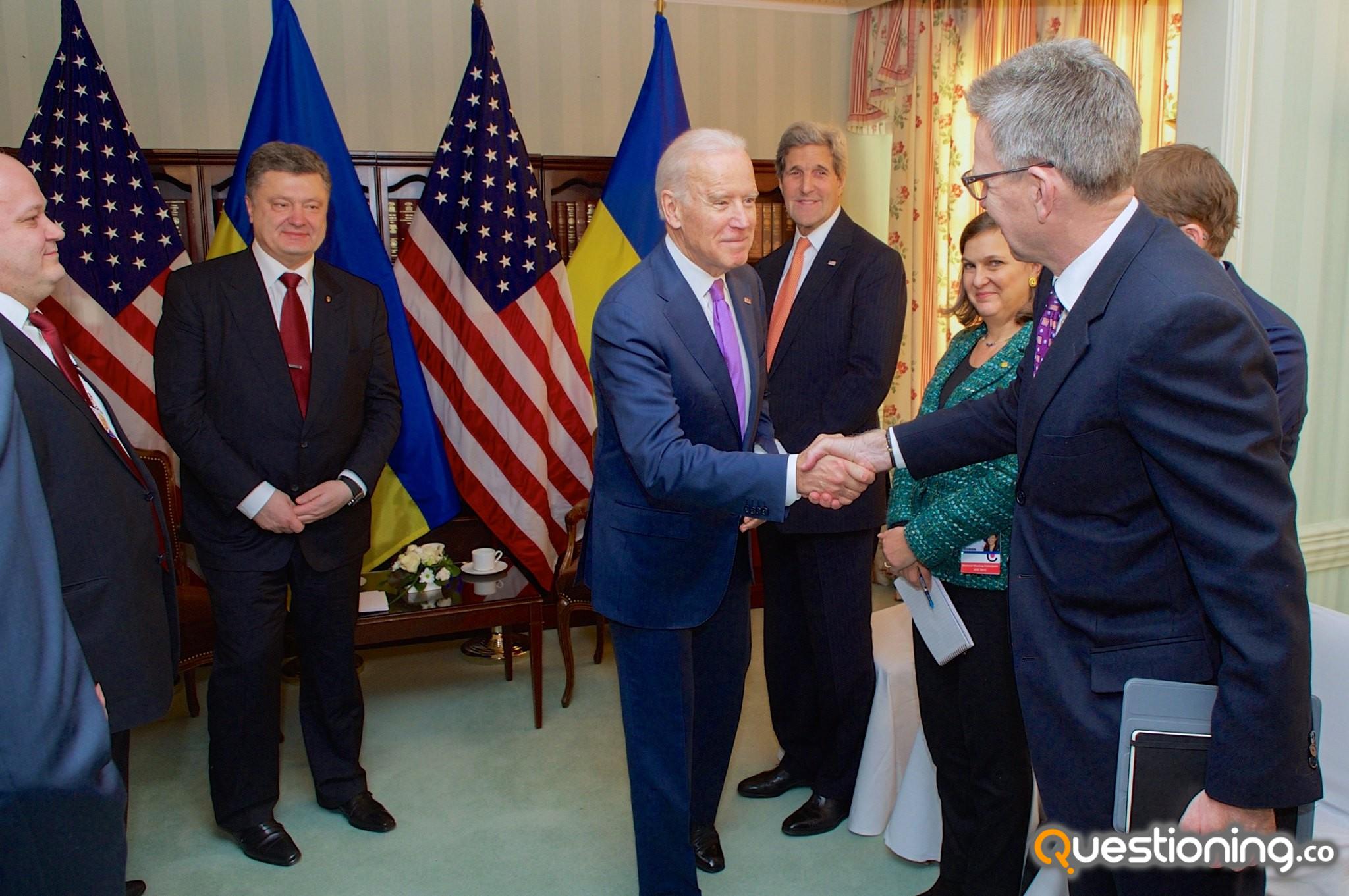 The US says that it is working with all sides in the crisis to reach a peaceful solution, noting that “ultimately it is up to the Ukrainian people to decide their future”. However this transcript suggests that the US has very clear ideas about what the outcome should be and is striving to achieve these goals. 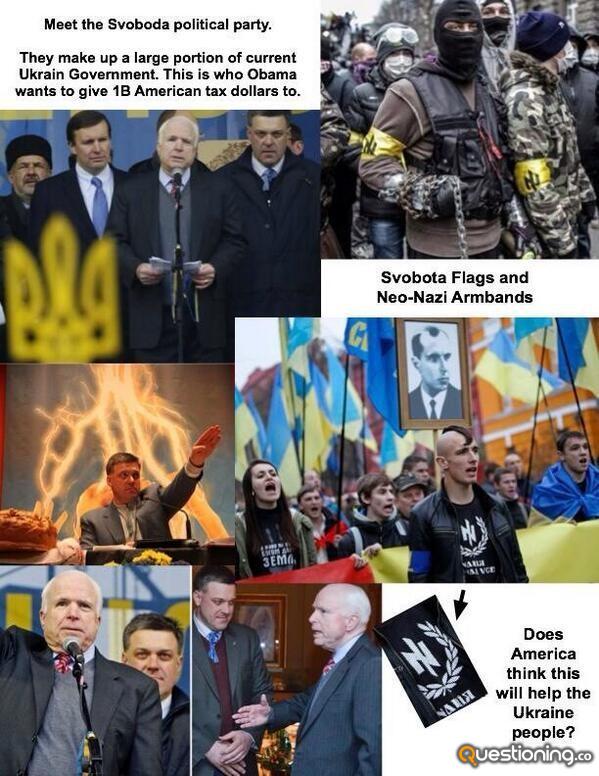 John McCain Went To Ukraine And Stood On Stage With A Man Accused Of Being An Anti-Semitic Neo-Nazi: http://www.businessinsider.com/john-mccain-meets-oleh-tyahnybok-in-ukraine-2013-12 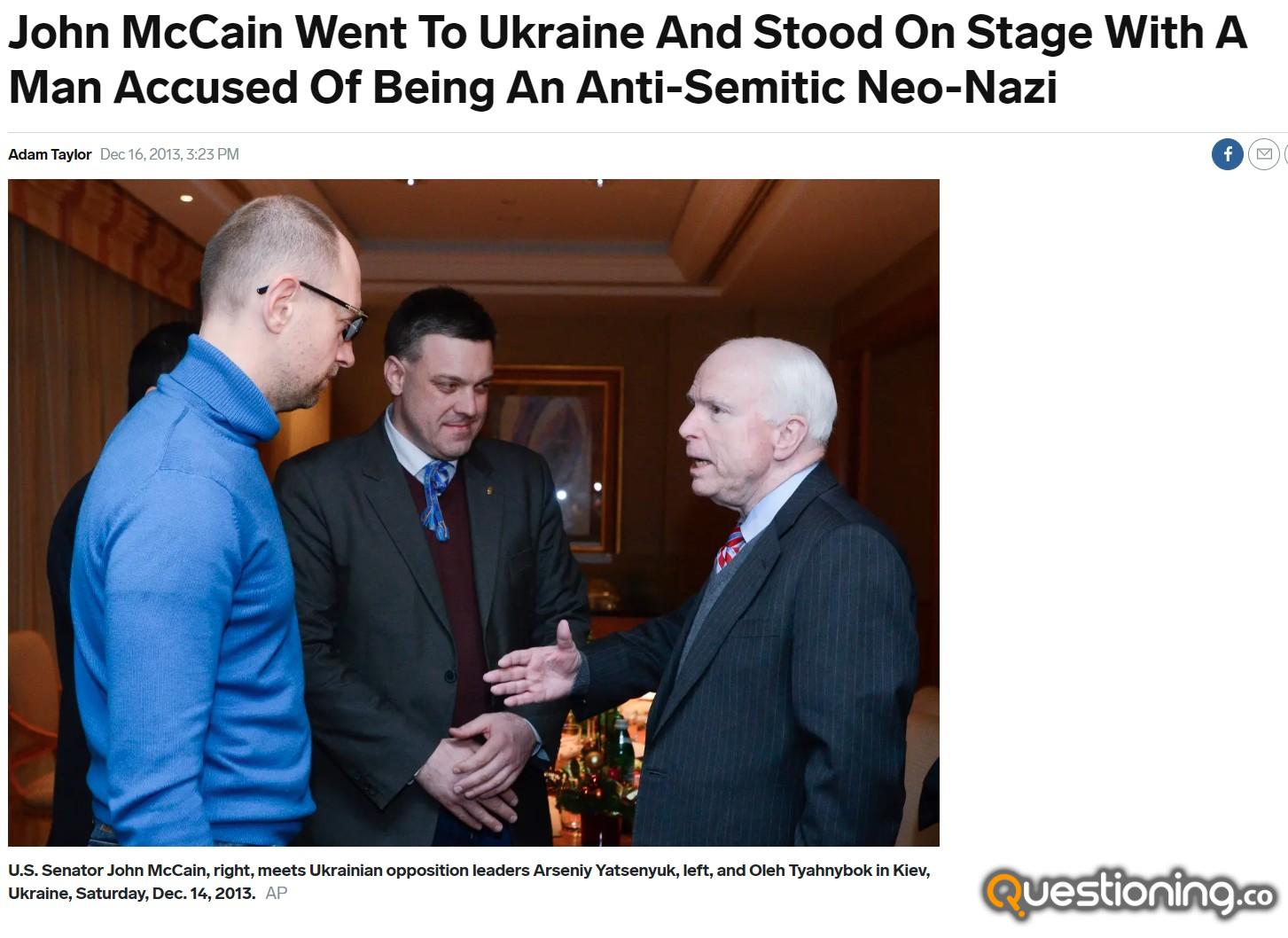 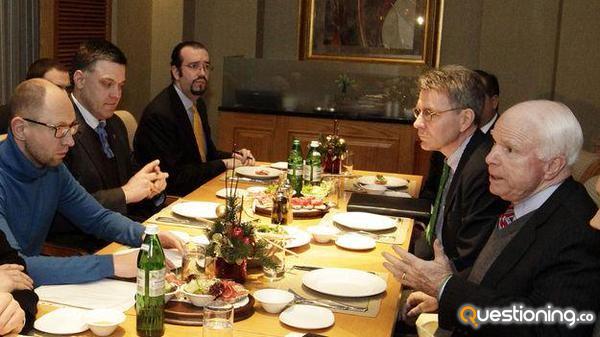 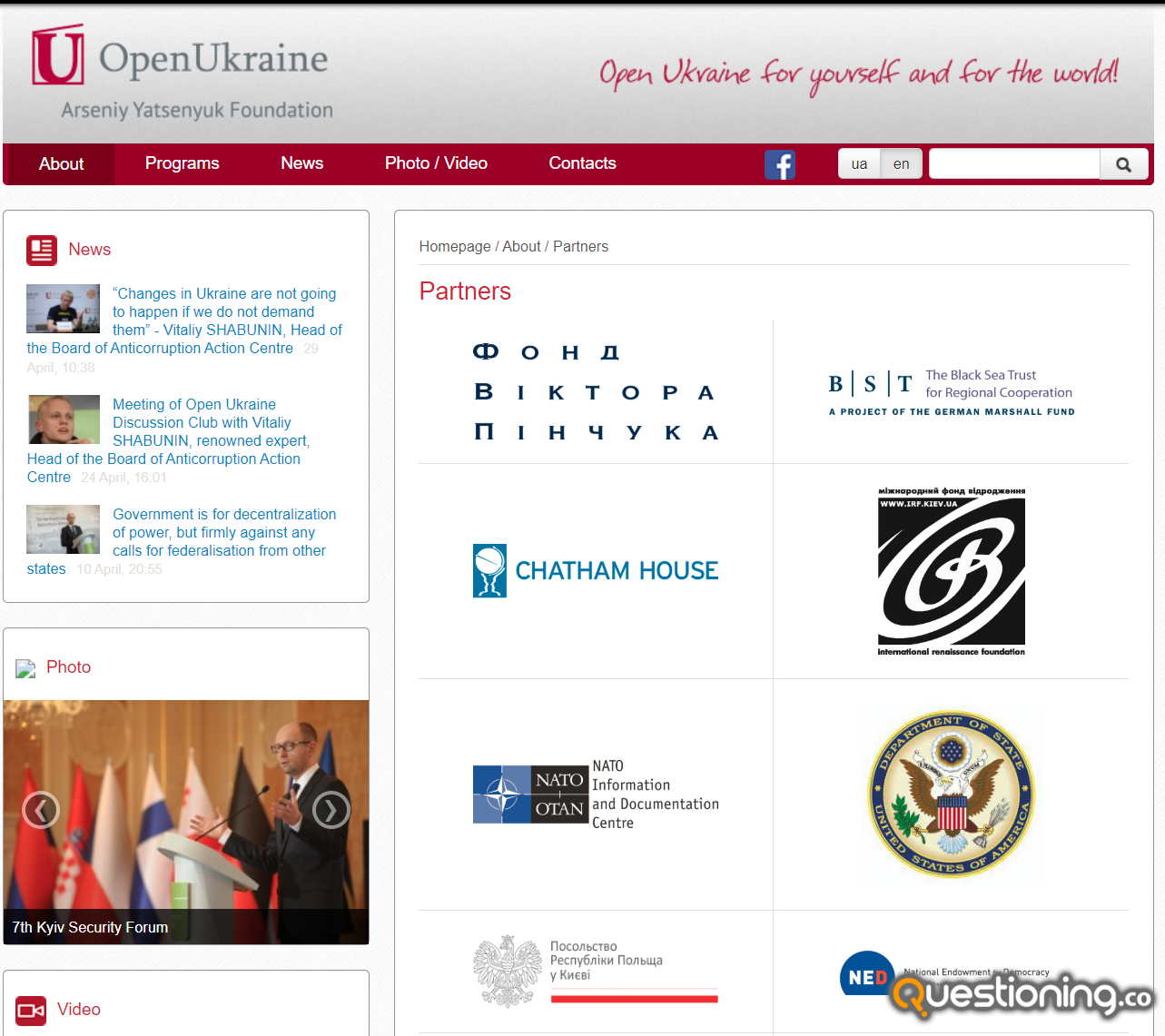 The meeting minutes documented present a clear and conclusive case that George Soros and his International Renaissance Foundation (IRF) manipulated Ukraine into moving towards an untenable and self destructive direction. Soros and his NGO executives held detailed and extensive meetings with just about every actor involved in the Maidan coup: from US Ambassador Geoffrey Pyatt, to Ukraine’s Ministers of Foreign Affairs, Justice, Health, and Education.

Ambassador: The short term issue that needs to be addressed will be the problem in getting the message out from the government through professional PR tools, especially given Putin’s own professional smear campaigns.

GS: Will send Ambassador Pyatt copies of correspondences he previously sent to others and his article in NY Review of Books. Obama has been too soft on Putin, and there is a need to impost potent smart sanctions. He noted the need for a division of labor between the US and the EU with the US playing the bad cop role. The USG should impose sanctions on Russia for 90 days or until the Russian government recognizes the results of the presidential elections. He noted that he is most concerned about transitional justice and lustration. 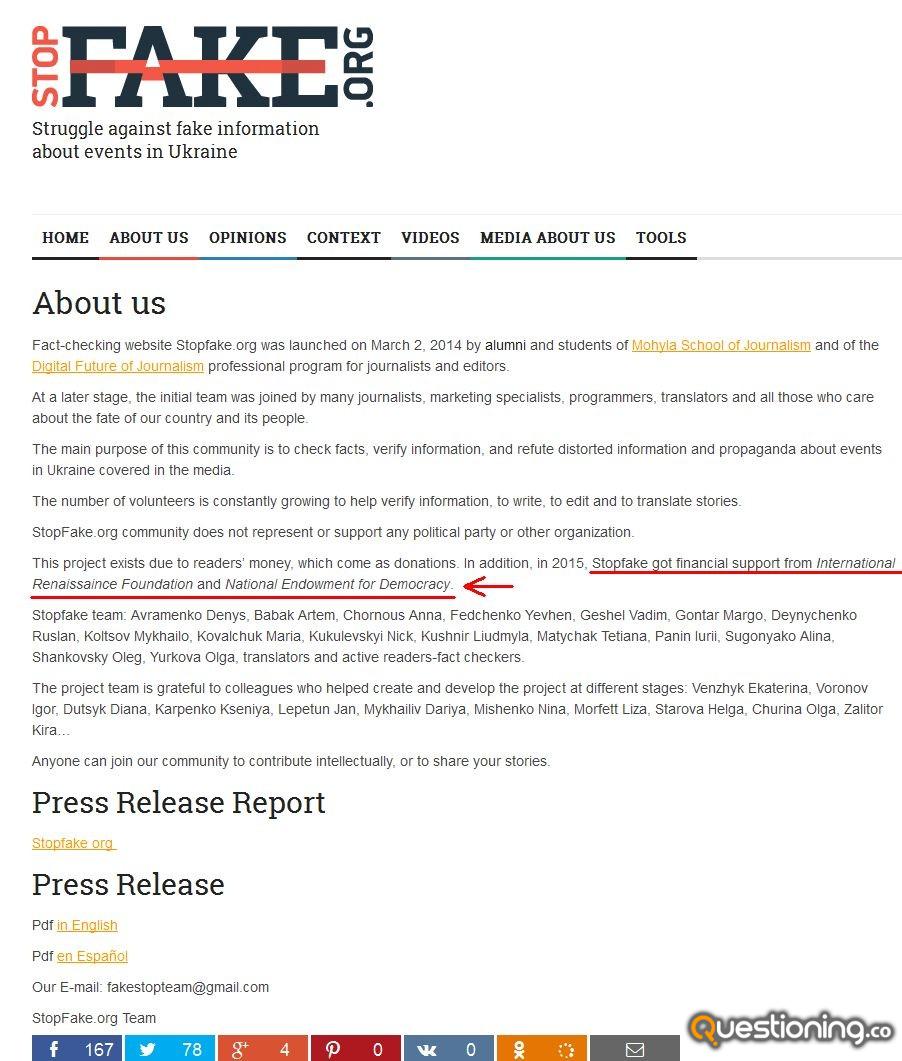