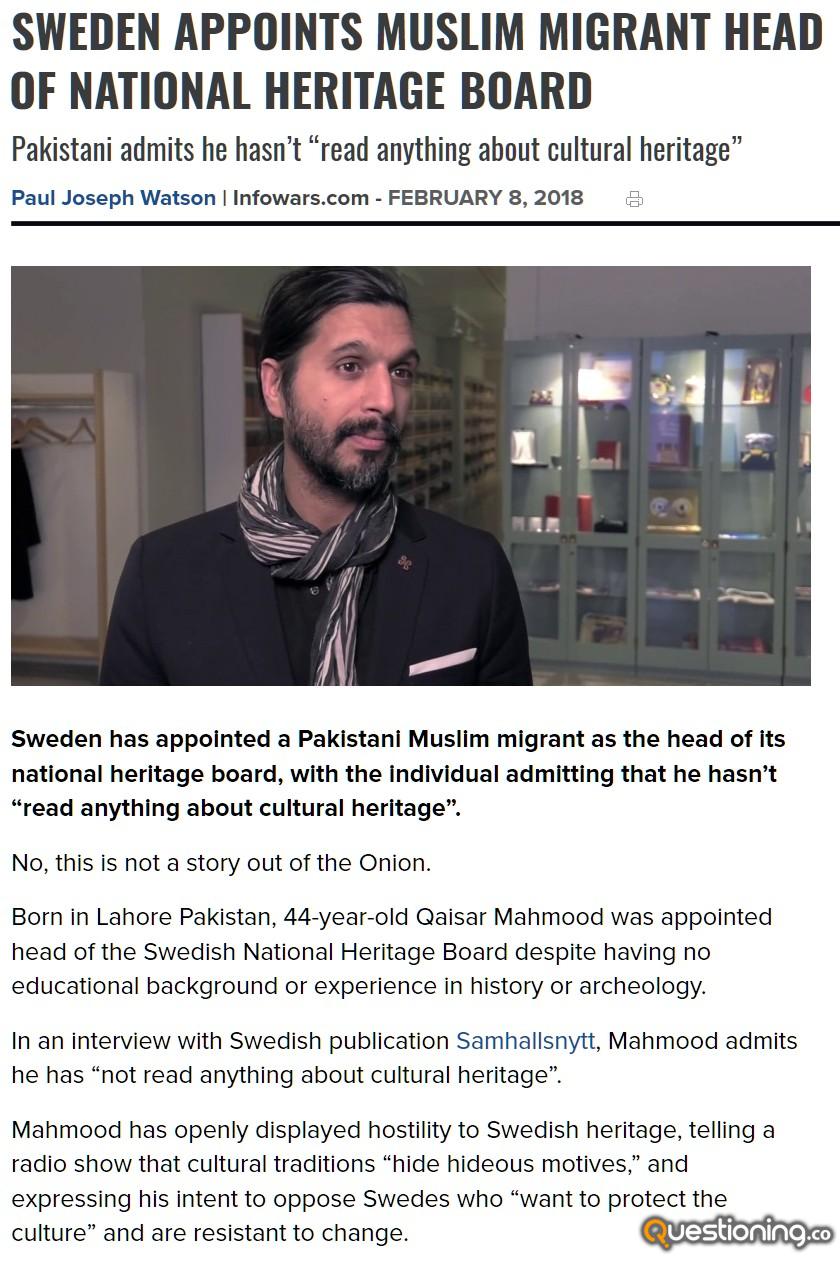 Born in Lahore Pakistan, 44-year-old Qaisar Mahmood was appointed head of the Swedish National Heritage Board despite having no educational background or experience in history or archeology.

In an interview with Swedish publication Samhallsnytt, Mahmood admits he has “not read anything about cultural heritage”.

Mahmood has openly displayed hostility to Swedish heritage, telling a radio show that cultural traditions “hide hideous motives,” and expressing his intent to oppose Swedes who “want to protect the culture” and are resistant to change.

Mahmood is criticized for a number of initiatives that were perceived as strange. It is partly about statements in Swedish Radio’s “Note!” two years ago where Mahmood coined the term “cultural heritage washing” and believes that the protection of cultural heritage can “hide murky motives”.

In the radio program, Mahmood urges the listener to do an internet search for the word cultural heritage:

– You will get pictures of rune stones, medieval churches, folk costumes and homesteads. You will also find articles signed by people who say they want to protect the cultural heritage, but if you dig a little deeper into the arguments, you can find resistance to change, he says in the program.