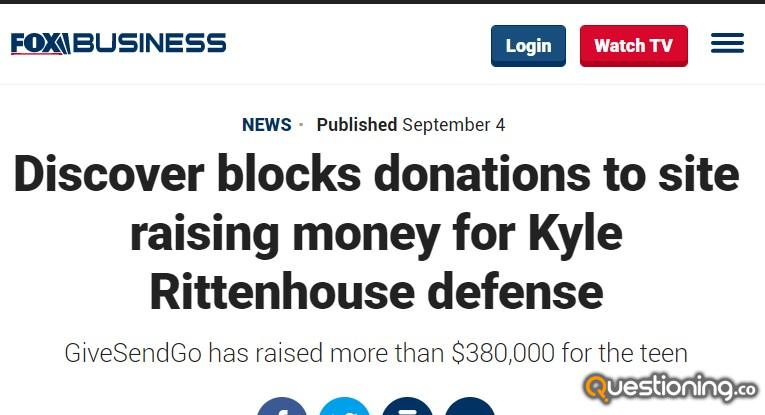 GiveSendGo has raised more than $380,000 for the 17-year-old, who has been receiving support in some conservative circles who claim he acted in self-defense when he fatally shot two protesters with an AR-15 style rifle during a chaotic night following the shooting of Jacob Blake.