The US will become ‘minority white’ in 2045, Census projects

New census population projections confirm the importance of racial minorities as the primary demographic engine of the nation’s future growth, countering an aging, slow-growing and soon to be declining white population. The new statistics project that the nation will become “minority white” in 2045. During that year, whites will comprise 49.7 percent of the population in contrast to 24.6 percent for Hispanics, 13.1 percent for blacks, 7.9 percent for Asians, and 3.8 percent for multiracial populations

(In 2060) the census projects whites will comprise only 36 percent of the under age 18 population, with Hispanics accounting for 32 percent 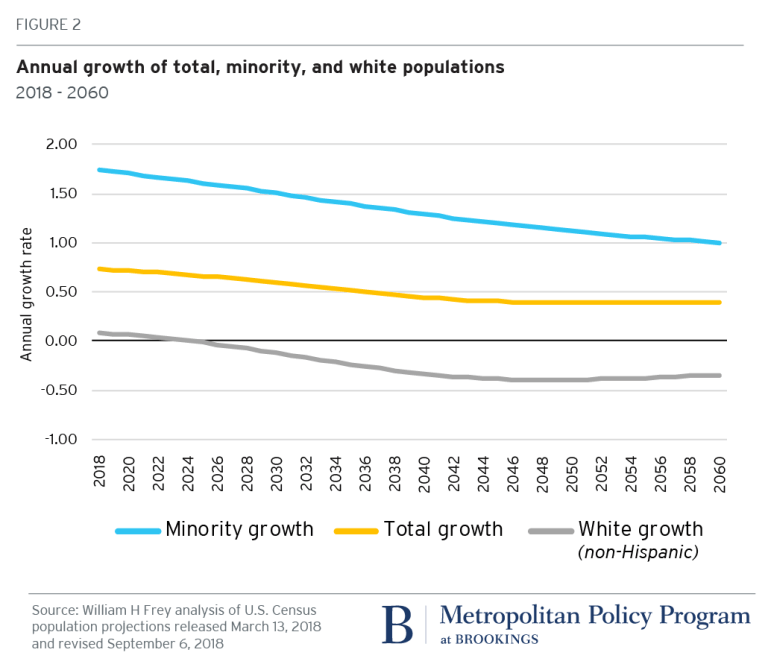 But liberals tell us that “white replacement” is a racist fascist conspiracy theory.