Documents obtained under access to information show a real stretch on the definition of racism.

When did being objective in considering an issue become the mark of a white supremacist?

The same goes for having a sense of urgency or the other false markers listed. This course, currently being forced on Canada’s civil servants, even questions the name and existence of Canada.

“Racism and colonialism foundational to this place we now call Canada,” reads the heading for one “fact” listed under “Myths and Facts.”

What is White Supremacy as defined by radical leftist liberals? 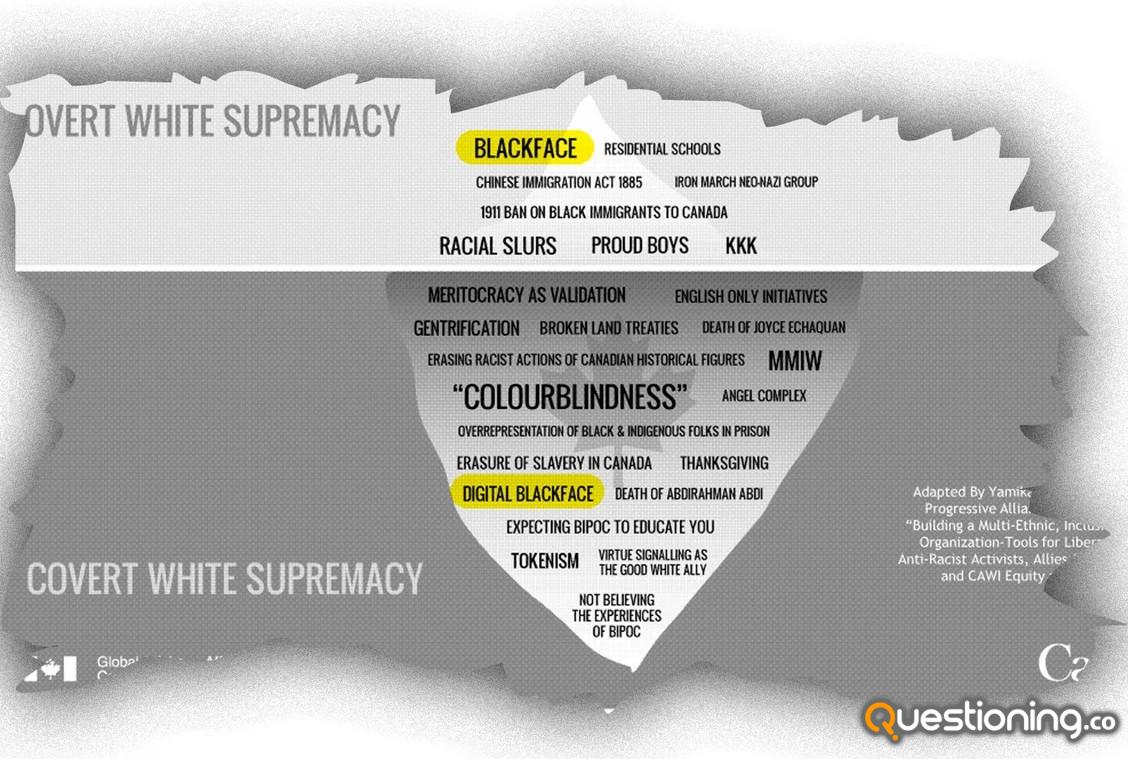 “Canada — a colonial settler society — is a concept based on many myths, including European discovery and harmonious multiculturalism,” the section reads in part.

While participants in this training, offered up by Global Affairs Canada, are told to question the very name of the country, they’re also informed not to question other points such as the claim that only white people can be racist. The first “myth” the course attempts to bust is that if you aren’t white, then you can’t be racist.

“Myth #1 Reverse racism exists, BIPOC can be racists towards white people,” – See our anti-white racism section for all the blatant racism against whites in western society.