How the mainstream media defends, downplays and tries to shift blame away from Antifa

BBC UK “Seriously” program tries to defend their violence and paint them in a good light:

6: How violent are they?

Their willingness to use violence marks out Antifa from many other left-wing activists, although the Antifa members we spoke to said they denounce the use of weapons and violent direct action. They said if violence does occur, it’s as a form of self-defence. They also make historical arguments to justify their position. For instance, they ask, what if opponents of the German Nazi Party had been more forceful in their opposition in the 1930s, could World War Two and the Holocaust have been averted?

Antifa have been directly and sometimes physically confronting the far right on the streets and, in some cases, they have been successful in postponing, cutting short or cancelling rallies and speeches up and down America.

ABC News Literally quotes a far left Antifa member to get his opinion on the topic:

“It’s not one specific organization with a headquarters and a president and a chain of command,” said Mark Bray, a history professor at Rutgers University and author of “The Anti-Fascist Handbook.” “It’s a kind of politics. In a sense, there are plenty of antifa groups, but antifa itself is not a group.”

While Attorney General William Barr in a statement Sunday denounced “violence instigated and carried out by antifa and other similar groups,” the Justice Department as of Wednesday has not made public direct evidence showing widespread involvement by avowed antifa supporters in instigating the violent scenes that have unfolded throughout the U.S.

So they fact check Trump, but not the Antifa supporting guy whose opinion they use to tell people how great Antifa is. 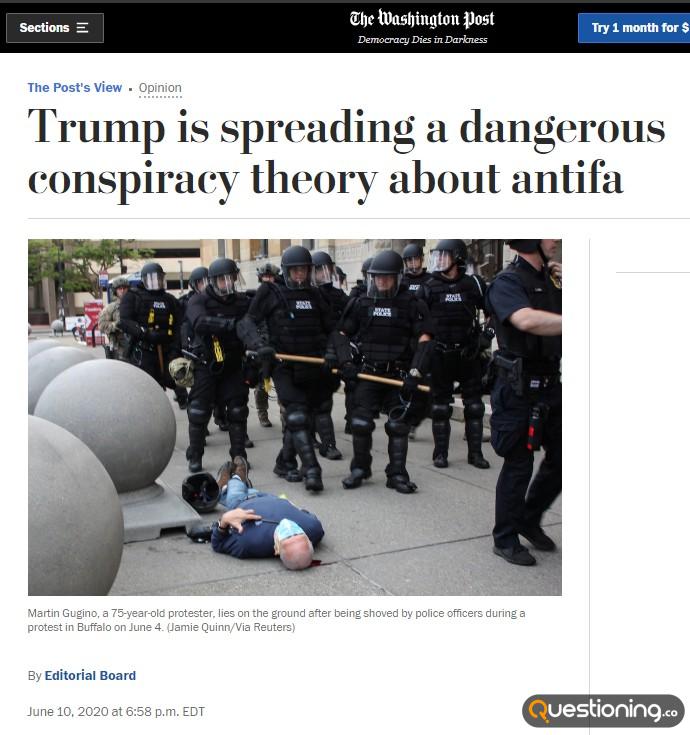 Other MSM jumping to defend Antifa: 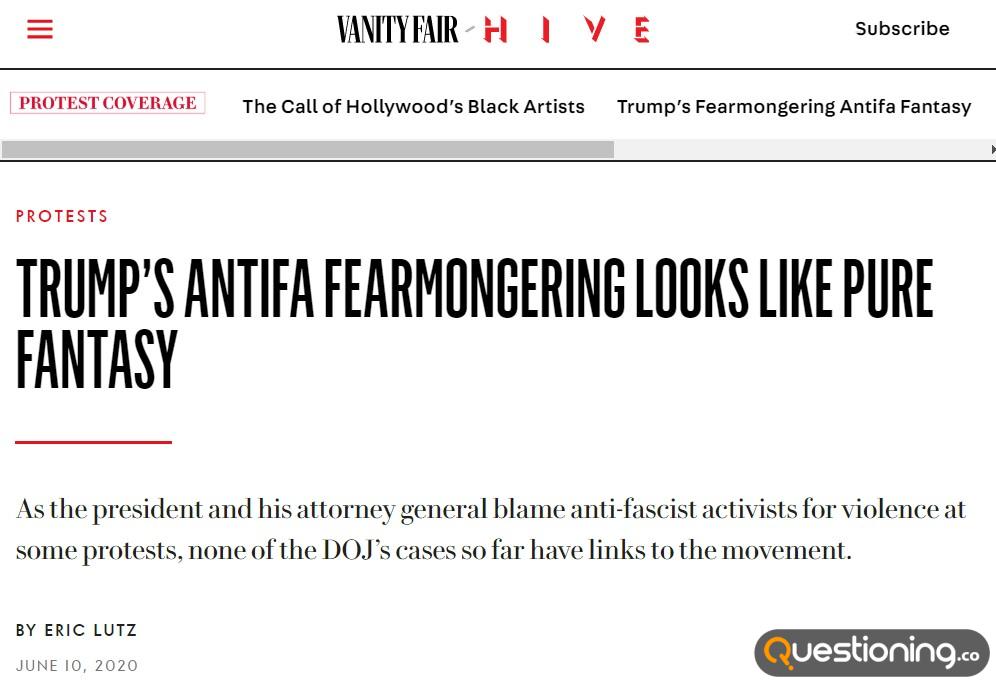 However, antifa, a loose network of left-wing activists who sometimes violently confront fascists and white supremacists, is more of a movement than a well-oiled organization.

“Antifa operates as a designation similar to the way someone might describe themselves as a punk rocker,” Donovan says.

Still, Donovan says there’s been a lot of disinformation coming out about antifa in recent days, including from President Donald Trump and his attorney general, William Barr. Both assert the movement is behind the violence at rallies across the country, and Trump threatened to list antifa as a domestic terrorist organization.

NPR has reviewed court documents of 51 individuals facing federal charges in connection with the unrest. As of Tuesday morning, none is alleged to have links to the antifa movement.