Fake Hate Crime: BLM activist claimed she was the victim of hate crimes including arson; video shows she started the fire

A student at Viterbo University in La Crosse, Wisconsin, claims she had been the victim of racist incidents, including arson. However, police discovered that the alleged victim of framed hate crimes was the one caught on surveillance video starting the fire in the university’s residence hall.

Viterbo University student Victoria Unanka is reported to have texted a friend on April 18, claiming that a small fire started in the girl’s residence hall must have been directed towards herself because it began in the next room over.
When police investigated the fire and reviewed security footage, authorities discovered that it was the same student who set the fire.
Unanka was then arrested for arson and negligent handling of burning materials but released on signature bond, the La Cross Tribune reported. 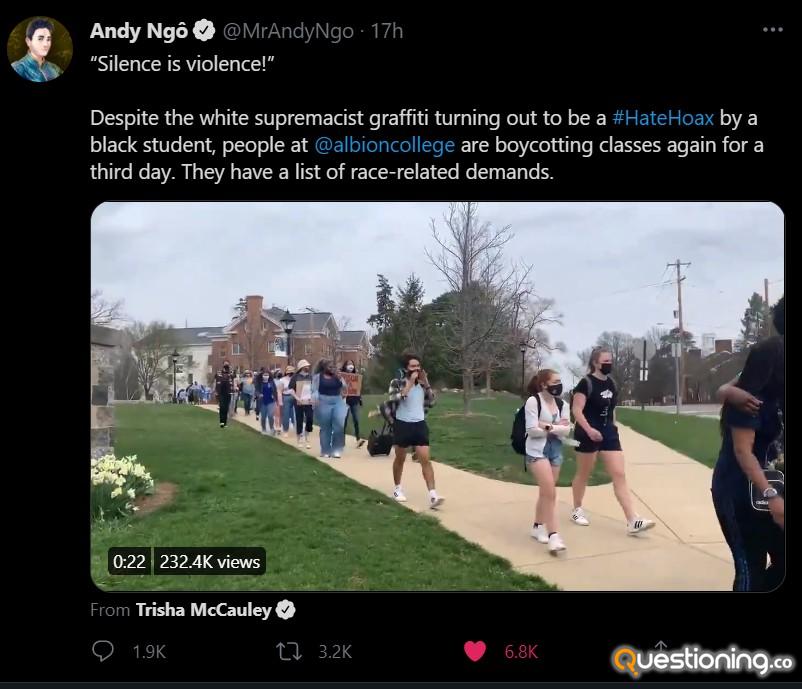 ALBION, MI — Albion College and the Albion Department of Public Safety say a student is responsible for racist graffiti found in a dorm last weekend.

Albion police brought the 21-year-old Black male in for questioning on April 6, according to Chief Scott Kipp. The student admitted to creating most of the graffiti, and video evidence from Albion’s Campus Safety Department confirms the statements made by the student, Kipp said.

The student was released after questioning, Kipp said. Once the investigation is complete, the information will be submitted to the Calhoun County Prosecutor’s Office for any charges related to the incident, he said.

The graffiti, which included racist epithets and multiple references to the Klu Klux Klan, was discovered in a stairwell inside Mitchell Towers on Friday, April 2, university officials said. Pictures of the graffiti were posted by City Watch NEWS Group on its Facebook page.

“We know the acts of racism that have occurred this week are not about one particular person or one particular incident. We know that there is a significant history of racial pain and trauma on campus and we are taking action to repair our community,” college officials tweeted. “We will change and heal together as a community, because we are committed to doing the work.”

College officials are encouraging members of the community to care for one another and lean on faculty, staff and community members who are supporting them, according to a tweet.

Swastikas, the N-word, KKK and profanity against Black Lives Matter were spray-painted all over the car, a BMW X5. The police report also stated that sugar was poured into the gas tank.

The incident happened on Saranac Avenue in North Buffalo.

There was also a message of support for President Donald Trump that was also spray-painted on the car, 2 On Your Side reached out to the Erie County GOP for a response when the incident occurred.

Eutsey is scheduled to return on Monday, January 11, 2021 for a felony hearing. He was released on his own recognizance.

If convicted on all charges, Eutsey faces up to 7 years in prison.

man who claimed he received a hate-filled, racist letter from an anonymous person allegedly wrote the letter himself, Hermiston Police say.

Chief Jason Edmiston tells KEPR-TV News that the criminal investigation for second-degree intimidation due to the racist, hate-filled letter received by Jonathan Lopez on June 23 has been closed. The matter will be referred this week to the Umatilla County District Attorney’s Office for initiating a false report – a Class A misdemeanor in Oregon. 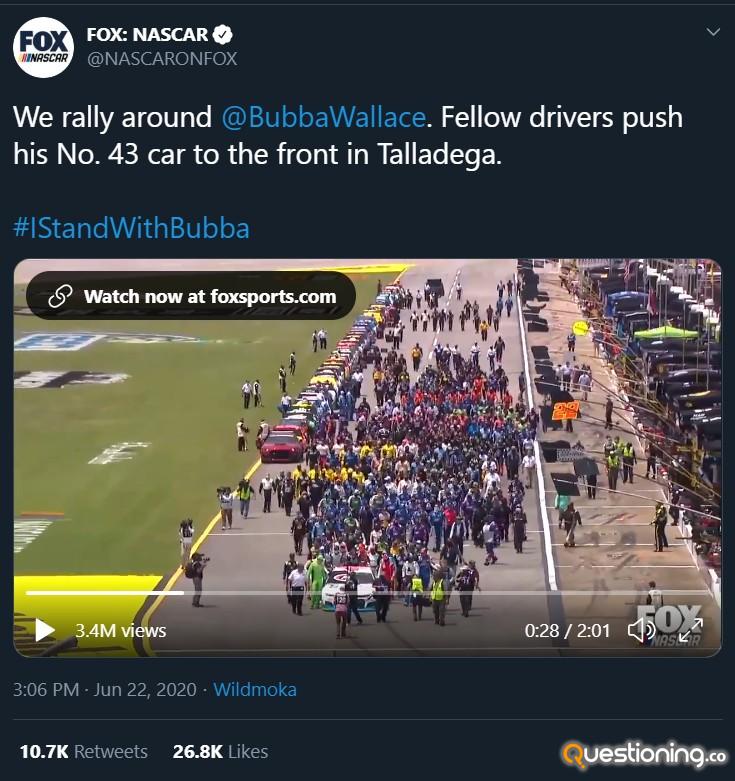 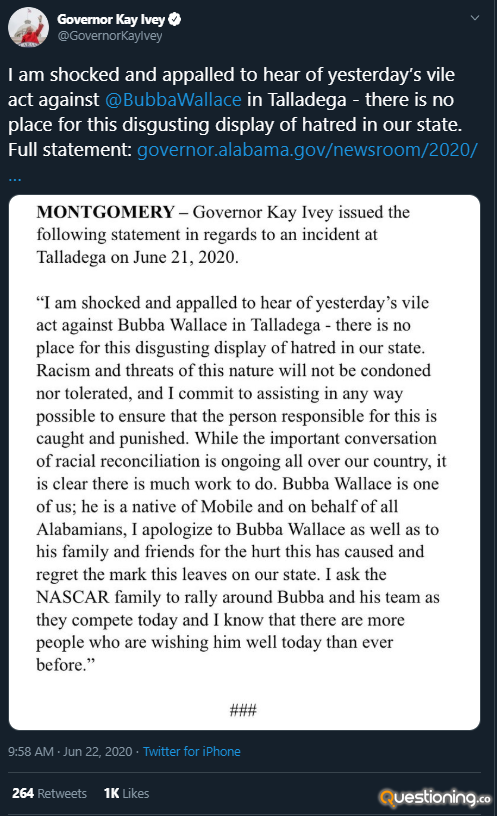 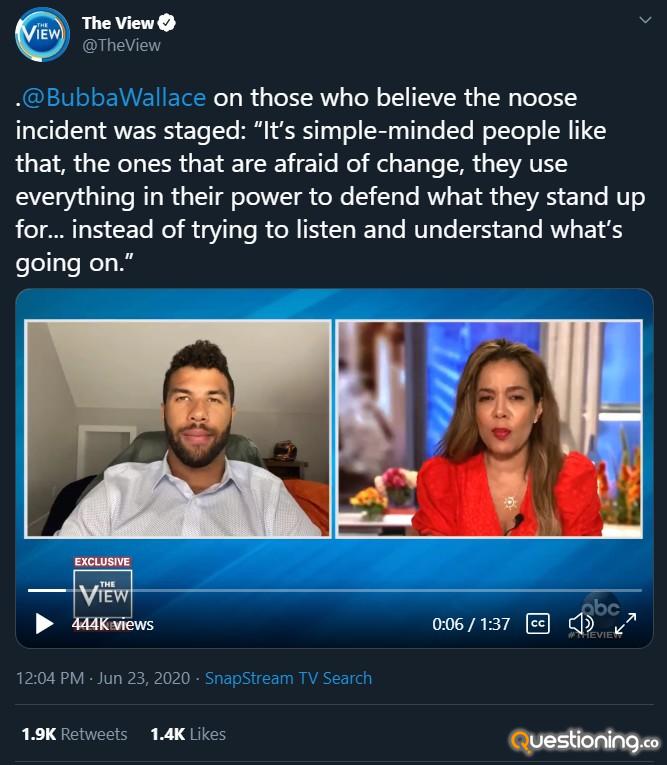 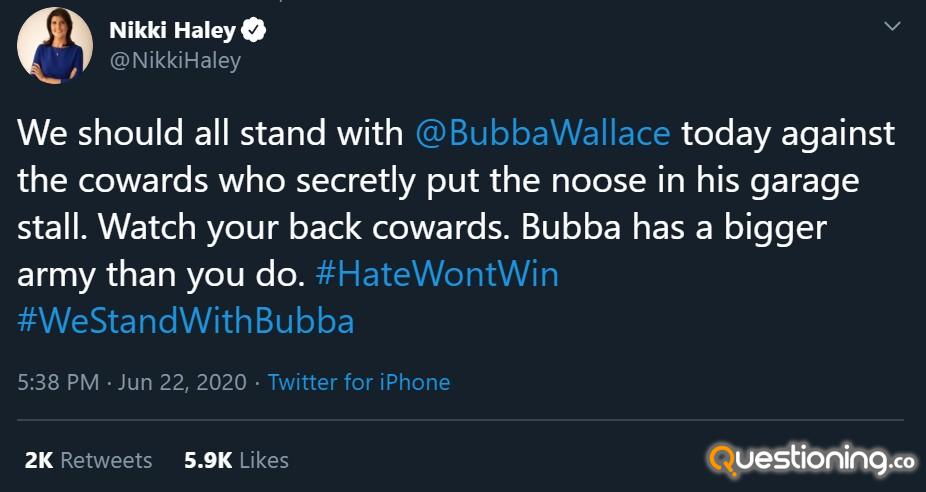 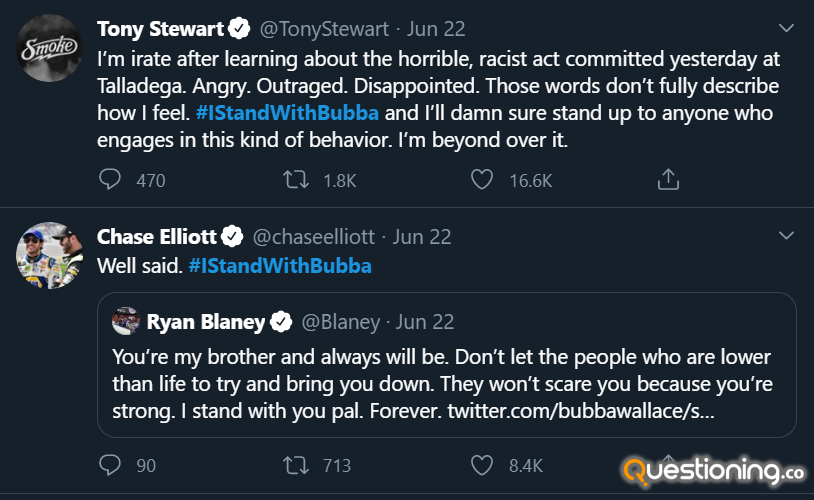 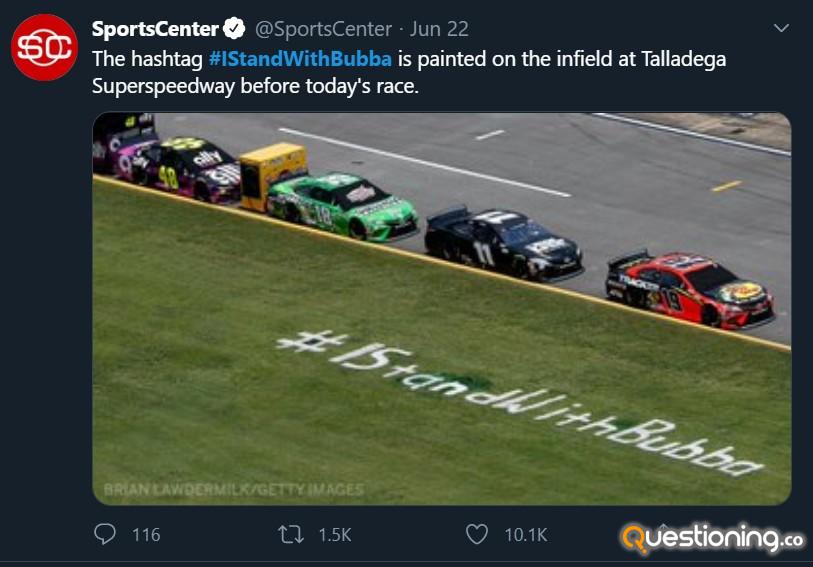 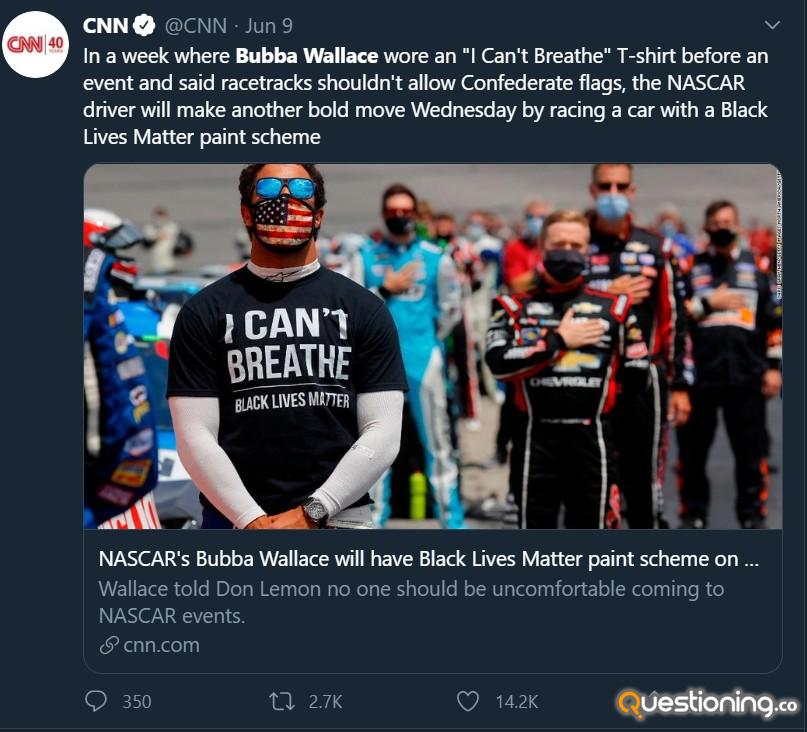 Lo and behold, turns out it was another fake hate crime: 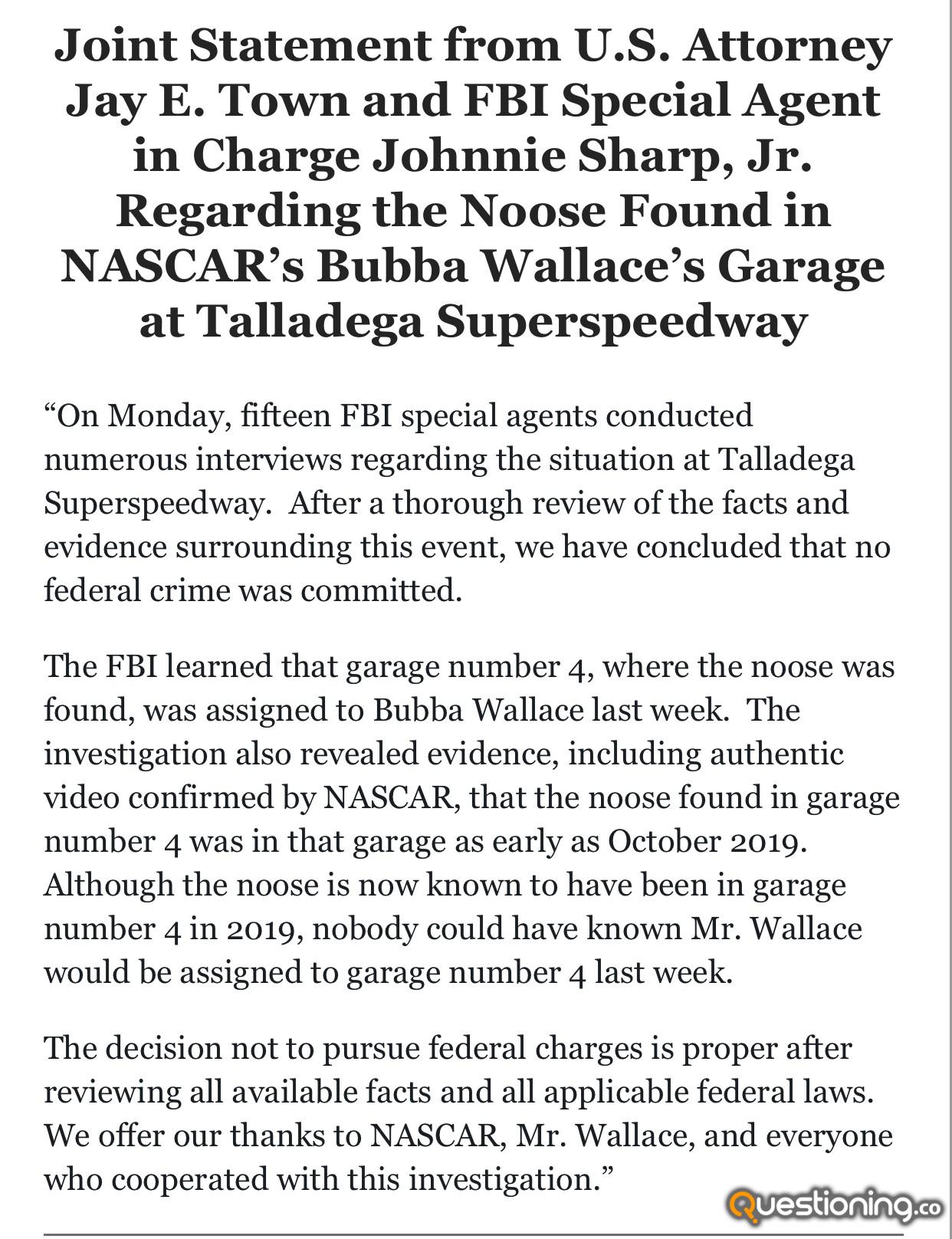 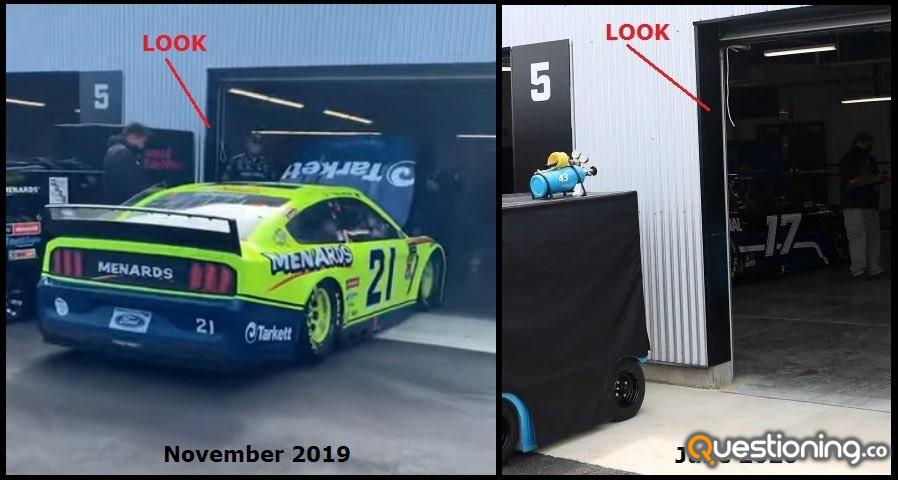 The GBI has arrested a man after a post on social media apparently threatening people protesting the shooting death of Ahmaud Arbery has caught the eye of investigators.

The GBI tweeted Sunday that it is investigating a Facebook post that contains a threat to future protests connected to Arbery, who would have turned 26 on Friday, but was shot and killed Feb. 23.

On Sunday night, the agency said it had arrested Rashawn Smith, 20, and charged him with dissemination of information relating to terroristic acts. He was taken into custody in Midway, Ga.

In a case reminiscent of that of Jussie Smollet, one California student is facing felony charges for allegedly faking ten separate incidents of racist attacks or threats against her own on campus.  Students rallied behind her, naive to the fact that she fabricated it all.

During one such report, Dominguez Peña was reportedly found bruised at the bottom of a stairwell, claiming that she had been beaten by a masked man, but denied medical assistance.

An activist at La Verne University who claimed to be the target of racism has been charged with perjury and filing false police reports.

Every single one in this photo will get what’s   coming to them,” read the ominous Instagram message sent to several students of color at the University of La Verne, east of Los Angeles, in March 2019. The accompanying black-and-white photo was of a group of outspoken students who were well-known on campus for organizing anti-racism protests. Seen in the photo: Anayeli Dominguez Peña, a Mexican-American graduate student and vocal social-justice campaigner. She had been instrumental in organizing numerous protests in the Decolonize ULV group she co-led.

“That wet back bitch Anayeli and that n—r Jasmine need to SHUT THEIR DIRTY F—ING MOUTHS. WE KNOW WHERE THEY LIVE AND WHAT CARS THEY DRIVE,” the threat continued. (Newsweek has redacted the explicit slurs that were spelled out in the messages.) “If one of them DIRTY BITCHES get it after night classes you know why. This ain’t no f—ing colored AMERICA.”

News of the racist threat quickly spread through social media, stoking fear on the campus of over 8,600 students. The university had already been marred by student accusations that the administration wasn’t doing enough to combat racism and protect minority students. Those pictured in the threat were called to an emergency meeting where administrators detailed a safety plan for the victims. It included increasing security, making available escort walking buddies and providing rides as needed.

Former student, 25, is arrested for making TEN fake racist threats against a California university and herself after claiming ‘she found a smoking backpack in her car before getting assaulted by a masked man’

The University of La Verne had to close for a day in March 2019 after a student said she found a smoking backpack in her car, and claimed she was attacked by a masked man on campus.

In another disturbing development, Anayeli DominguezPena, a 25-year-old from Ontario, last year also said she received threats over social media and email, according to the La Verne Police Department.

A year later, police revealed Monday they eventually determined the perpetrator making the threats was DominguezPena herself.

Another hate crime hoax was exposed after the words “white pride” were carved into the sidewalk outside a black-owned gym in Tennessee – by a black woman.

Gym owner Derrick Carson arrived at the Johnson City branch of DC Fitness at 5am in the morning to discover the scrawl.

He immediately alerted police but upon reviewing security camera footage, the culprit turned out to be a black woman.

41-year-old Mahagany Teague was subsequently arrested for vandalism and held on $1,000 bail.

A black man has pleaded guilty to charges related to recently discovered racist graffiti at Salisbury University in Maryland.

According to county officials, Jerome Jackson of Maryland was charged following an investigation conducted by the Salisbury University Police Department and the Office of the State’s Attorney. The charges allege that he “maliciously defaced the property of Salisbury University while exhibiting racial animosity” and that his actions warrant classification as a hate crime

When Nikki Joly’s Jackson home burned down in 2017, some believed the fire was a hate crime against the transgender, gay-rights activist who had fought for a local anti-discrimination ordinance.

But now, instead of a victim, the 54-year-old is accused of being the perpetrator.

The Michigan case is gaining national attention as the American public draws parallels to the situation involving Jussie Smollett, where the supposed victim in a hate crime became the accused. Authorities concluded the attack on Smollett was a hoax.

Muslim girl says her hijab was cut up in a ‘hate crime’ attack – Prime minister Trudeau, Ontario premier, Toronto mayor tweet about it – turns out it was a hoax

It was the assault that pulled on the heartstrings of a nation. Khawlah Noman’s story of being attacked not once but twice by a man in his 20s who used scissors to cut her hijab garnered responses from coast-to-coast.

The media seized upon this troubling tale as camera crews rushed to her Scarborough school for a press conference several hours after the Friday morning assault happened.

“I felt really scared and confused,” Noman said as part of a broader statement, explaining she screamed and the man ran away, only to return again. “He continued cutting my hijab again.”

The public sentiments were like a deluge: they came fast and they came strong. Toronto Mayor John Tory. Ontario Premier Kathleen Wynne. Prime Minister Justin Trudeau. They all issued statements. “Canada is an open and welcoming country,” posted Trudeau, “and incidents like this cannot be tolerated.”

On Monday, Toronto Police issued the following brief statement. “After a detailed investigation, police have determined that the events described did not happen,” it read. “Our investigation is concluded and we don’t expect anything further.”